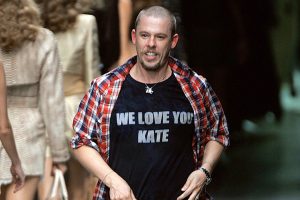 Alexander McQueen was a British fashion designer and couturier 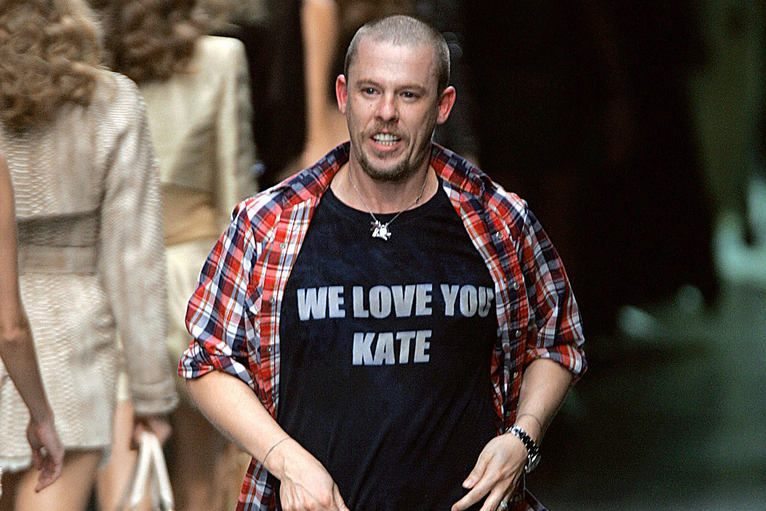 Alexander McQueen is a Scottish fashion designer. Creative, provocative, theatrical and handcrafted describe the aesthetic of Alexander McQueen, to a T. Synonymous with British contemporary couture, the label has produced some of the most iconic, critically acclaimed collections in global Fashion — driven by the designer’s unparalleled vision that respects both craftsmanship and new technology.

Born on 17 March 1969 in London to taxi driver Ronald and social science teacher Joyce, Alexander McQueen was the youngest of six children. He attended Rokeby School and undertook a tailoring course at Newham College. Following an apprenticeship with Savile Row tailors Anderson and Sheppard, he moved to Gieves and Hawke. During these years, he learnt the rigour of classic tailoring and made a suit for Prince Charles. From here, he moved to costumiers Angels and Bermans, where he worked on the looks for ‘Les Miserables’. With this base, McQueen went to Milan and worked as a pattern cutter for Romeo Gigli. At 21, he returned to London and undertook master’s in fashion design at Central Saint Martins College of Art and Design; his graduation collection ‘Jack The Ripper Stalks His Victims’ showcased the iconic thorn-print, silk frock coat with origami trail and bustle-backed tuxedo with sharp red-lined lapel—with locks of human hair sewn into the lining! It was bought for £5,000 by legendary fashion stylist and editor Isabella Blow. The duo found a kindred spirit as two brilliant, larger-than-life personalities and she became his mentor.

In 1992 McQueen launched his own label and in less than ten years became one of the most powerhouse fashion designers. His early runway collections earned him the title “l’enfant terrible” as he put on a series of superlative shows, each one more dramatic than the next. In 1995, “Highland Rape” witnessed models in ripped lace walk down a runway strewn with dead flowers, to a soundtrack of whistling wind and church bells. His take on how Scotland was ravaged by the wars. In 1997’s “The Doll” Kate Moss strode down a wet runway in precariously low-slung bumster trousers. His Fall ’98 show “Joan”, referenced the Catholic martyr; McQueen printed portraits of Romanov children on the garments and ended the show with a model trapped in a circle of fire! Renowned for lavish, unorthodox runway shows, he awed guests with his recreations of a shipwreck, merry-go-round or wind-tunnel corridor bridging a snow-covered wasteland; birdcages, feathered wings, vertiginous heels — McQueen is credited with bringing a theatrical element to the catwalk.

In 1996, he succeeded John Galliano as head designer at Givenchy. Upon taking his post, McQueen insulted the founder by calling him “irrelevant”. His feisty attitude earned him the label “hooligan of English fashion.” McQueen toned down his designs and silenced critics with impeccable tailoring but continued to fan his rebellious streak, causing controversy when double amputee model Aimee Mullins walked down the runway on intricately carved wooden legs! The same year also witnessed McQueen’s legendary showing where a single model, Shalom Harlow, graced the runway in a strapless white dress, before she sat on a revolving catwalk and got sprayed with paint, by robotic guns. That said, he also created beautiful, wearable looks — the razor-sharp suit, the pencil skirt, the summer prints. McQueen stayed with Givenchy for his five- year term and then left to focus on his own brand.

In December 2000, Gucci Group acquired 51 per cent of his label, with McQueen serving as Creative Director.  The catwalk presentations were breathtaking and creative; in one of his shows, a dance based on Sydney Pollack’s film ‘They Shoot Horses, Don’t They?’, Anna Wintour gave him a standing ovation. One of McQueen’s most dramatic shows was in 2001, titled VOSS. It sent shockwaves when a cube on a runway transformed into a psychiatric ward, opened to reveal a nude model with her face hidden by a gas mask, surrounded by moths. Menswear was introduced in 2004, followed by a secondary line, McQ, in 2006. McQueen used technology to add a twist to his showings — In 2006, he projected a state-of-the-art hologram of supermodel Kate Moss inside a glass pyramid on the runway; the apparition, dressed in a billowing white dress, danced for few seconds, then shrank and disintegrated!! Other shows featured a volcanic catwalk that erupted in flames or a Plexiglass snowstorm! By 2007, he had boutiques in London, New York, Los Angeles, Milan, and Las Vegas, and celebrities Nicole Kidman, Lady Gaga, Penélope Cruz, Sarah Jessica Parker and Rihanna were spotted in his label. In 2009, McQueen hit a creative high with Plato’s Atlantis. Sadly, a few months later, following the death of his mother, the designer took his life.

Alexander McQueen passed away in 11 February 2010. McQueen, who had been diagnosed with anxiety and depressive disorder, took an overdose prior to hanging himself., and left a note that read, “Look after my dogs, sorry, I love you, Lee.” He is survived by his father, three sisters and two brothers. Following his death, McQueen’s colleague Sarah Burton took over creative direction and development of all collections. In April 2011, she received global recognition as designer of the wedding dress for HRH Duchess Of Cambridge, Catherine Middleton. Burton was also awarded Order of the British Empire for her services to the British fashion industry and has won The Walpole Award for British Luxury Design Talent, Harper’s Bazaar Woman of the Year Award, Designer of the Year Award at British Fashion Awards and CFDA International Award 2019.

In 2000, McQueen married his partner and documentary filmmaker George Forsyth, on a yacht in Ibiza, with Kate Moss and Annabelle Neilson as bridesmaids. The marriage was not official though as same-sex marriage in Spain was not legal at that time! The relationship ended a year later, with McQueen and Forsyth maintaining a friendship.

1996: British Designer of the Year

2003: British Designer of the Year

2003: International Designer of the Year by the Council of Fashion Designers