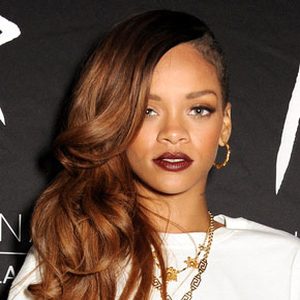 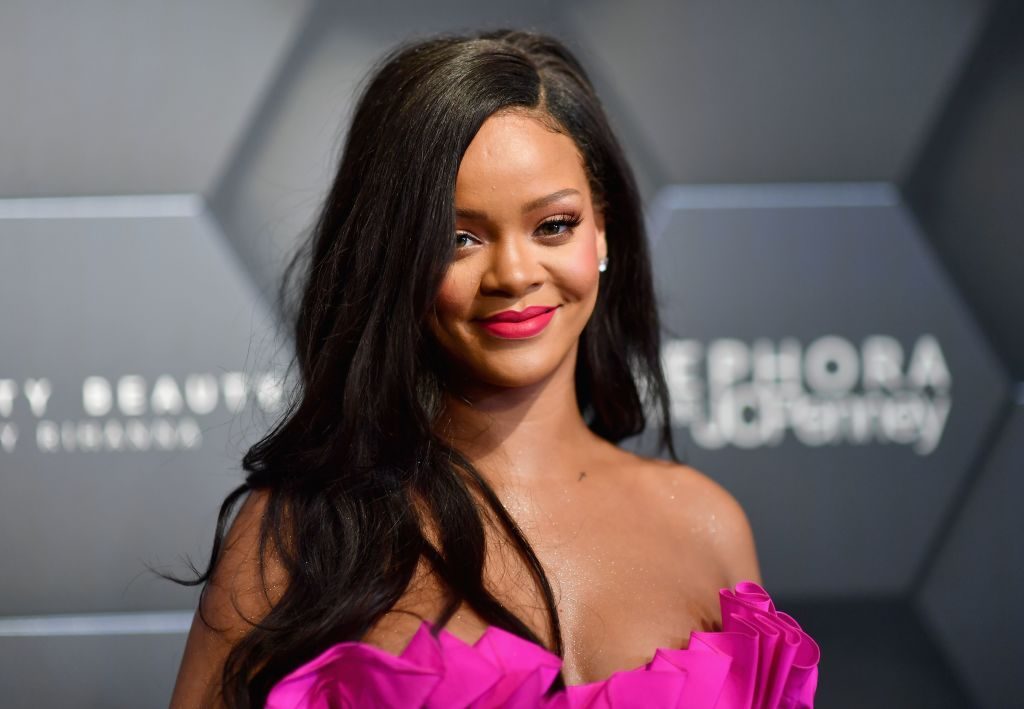 Rihanna became widely known after the release of the single “Umbrella” from the album Good Girl Gone Bad (2007).

She is one of the world’s best-selling music artists and a founder of a cosmetics brand Fenty, as well as a fashion house under the same name.

As a child, Rihanna sang in a vocal trio, of which she was a co-founder. Later, she took part in a school music show and performed Mariah Carey’s song “Hero”.

At the age of 15, she met a producer named Evan Rogers, who was on vacation in Barbados at the time. He quickly offered her to record a demo; in the summer of 2005, her single “Pon de Replay” was released, along with album Rihanna’s first album, “Music of the Sun”. The album reached a second place on the famous American Billboard Hot 100 list and top places on various music lists around the world.

In addition to music, Rihanna is also an actress. She made her acting debut in the straight-to-DVD film “Bring it On: All or Nothing”. Later, she played the recurring role of  Marion Carne in the fifth and final season of the series “Bates Motel”. Her latest project was a movie named “Guava Island”, filmed alongside Donald Glover.

Before launching Fenty Beauty, Rihanna previously collaborated with MAC Cosmetics, as well as Parlux Ltd. The Fenty Beauty line was created in collaboration with Louis Vuitton Moët Hennessey (LVMH). Having worked on several other cosmetics collections in the early 2010s, Rihanna launched her own line, Fenty Beauty, in 2017.

Fenty Beauty, the cosmetics brand, as Harvey Nichols’ website suggests: “is ‘radiance reimagined’ and she intends to achieve it with the release of forty boundary-breaking shades of foundation, a selection of glowing highlighters, luminous primers, shimmering makeup sticks and the sexiest blotting powder and paper yet”.

Rihanna, who comes from Barbados, is said to have created Fenty Beauty to extend the foundation shade offering available on the market and to enable more women of colour to use make-up which matches their skin tone.

Fenty Beauty is a success story. Forbes reported that after 15 months of operation Fenty Beauty acquired US$570 million in revenue. There is scope to believe that Fenty will most likely be worth a billion dollars before one of its biggest rivals, Kylie Cosmetics. According to social media engagement tracking reports, Fenty is ahead of Kylie Cosmetics in many areas, with a huge number of consumers specifically choosing Fenty products over any other brands.

The 2019 Savage X Fenty fashion show was held in New York City on September 10, and is now available to watch on Amazon Prime. Models present on the catwalk included Cara Delevingne, Gigi Hadid, Laverne Cox, while Big Sean and Halsey performed during the show alongside Rihanna herself.

The show was reviewed as being incredibly inclusive and diverse. Savage X Fenty has since been praised by the likes of Fashionista, Women’s Wear Daily, and others for its cast, which was included people of diverse body types, skin tones, abilities, and genders.

Viewers loved the show, with some calling that is should replace the Victoria’s Secret Show, which is often scrutinised for its absence of diversity.

“I’ve never, ever, in 39 years, watched a fashion show. Because as a bigger woman, it always made me feel bad about my body,” tweeted one person.“@SavageXFenty and @rihanna changed that today… someone finally gets it. Bravo to this team of amazing people.”

Parris Goebel, the choreographer of the show, said in an interview with WWD that: “You rarely see just the catwalk. Everyone’s expressing themselves through dance, through music, through posing, through just being free. Even in the casting, Rih doesn’t just pick girls for the way they look, she picks them for their spirit and their energy. Within the cast, you will see girls that are just so un-stereotypical, but who genuinely love themselves and they love their bodies. So it’s putting that force out there for the world to see, in the hope that little girls see that on television and [think], ‘If she thinks she’s beautiful, then I know I’m beautiful as well.’”

Rihanna is not a perilous investment for LVMH. Rihanna has with over 67 million Instagram followers and is so well-known around the world, that no fashion label can compete with her popularity.

Whilst luxury brands try to grow a reliable, future customer base,  Rihanna guarantees it.

In February 2017, Rihanna was named Harvard’s “Humanitarian of the Year”. Former US president, Barack Obama, praised Rihanna’s humanitarian work stating: “You’ve become a powerful force in the fight to give people dignity”.

Rihanna has earned a total of eight Grammy Awards, most importantly for the Best Urban Contemporary Album in 2013 for Unapologetic.