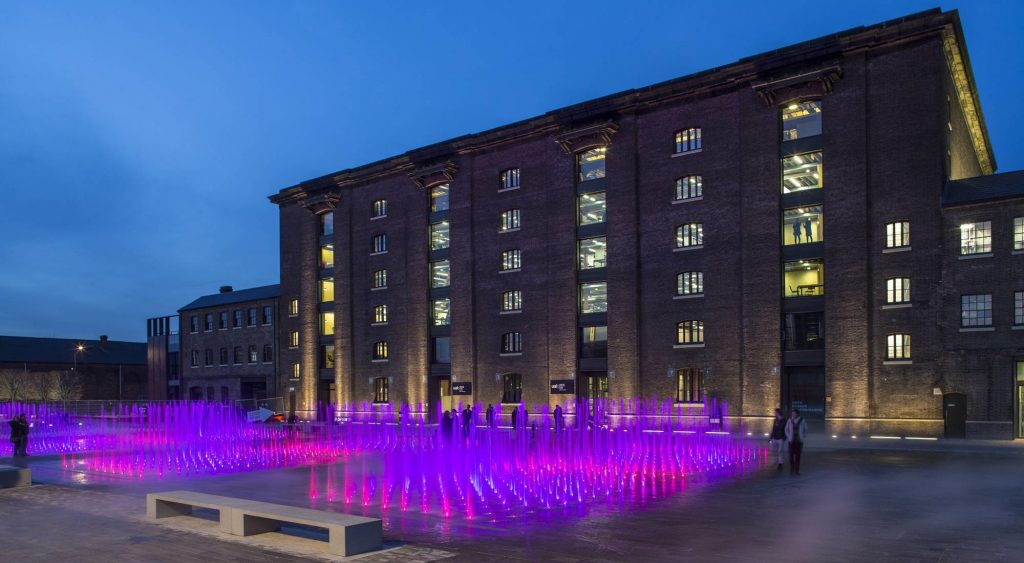 Central Saint Martins (CSM) is a public art school in London, England. It is a constituent college of the University of the Arts London. It offers full-time courses at foundation, undergraduate and postgraduate levels, and a number of short and summer courses.

Central School of Art and Design: The Central School of Art and Design was established as the Central School of Arts and Crafts in 1896 by London County Council. It grew directly from the Arts and Crafts movement of William Morris and John Ruskin. The first principal, from 1896 until 1911, was William Richard Lethaby; a blue plaque in his memory was erected in 1957. The school was at first housed in Morley Hall, rented from the Regent Street Polytechnic. It moved to purpose-built premises in Southampton Row, in the London Borough of Camden, in 1908. In the same year the Royal Female School of Art, established in 1842, was merged into the school. Central became part of the London Institute in 1986, and merged with Saint Martin’s in 1989.

Saint Martin’s School of Art: Saint Martin’s School of Art was founded in 1854 by Henry Mackenzie, vicar of the church of St Martin-in-the-Fields. It became independent from the church in 1859. Frank Martin became head of the sculpture department in 1952; he brought in young sculptors and recent graduates of the department as teachers. Among these, Anthony Caro was particularly influential. The group around him came to be known as the New Generation of British sculptors and the sculpture department of Saint Martin’s became, in the words of Tim Scott: “the most famous in the art world”. Saint Martin’s became part of the London Institute in 1986, and merged with Central in 1989.

In 1998 the London Institute earned a Queen’s Anniversary Prize for the “massive contribution” of Central Saint Martins College of Art & Design to the growth of the fashion industry in Britain. The University of the Arts London won a Queen’s Anniversary Prize in 2013, for the contribution of CSM industrial and product design graduates to commerce, industry and the design profession.

CSM does not get independent assessment in the Complete University Guide league tables but is listed as part of the University of the Arts London. In 2014 the university received an overall ranking of 67 out of 124 institutions, with a rank of 102 for graduate prospects and 123 for student satisfaction with teaching. In 2018 it was placed 83rd out of 129 universities, with a rank of 125 for student satisfaction.

Schooling at Central Saint Martins is arranged into nine programmes, which include acting, art, design, fashion, graphics and jewellery and textiles, as well as foundation courses.

Central Saint Martins moved to a warehouse complex on Granary Square at King’s Cross in 2011. Most of the college is housed there, but it also uses the former Byam Shaw building in Elthorne Road, Archway, and premises in Richbell Place, Holborn.

Important past and present staff of Central Saint Martins include the theatre designer Maria Björnson.