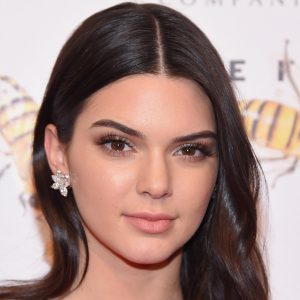 Kendall Jenner is an American model and media personality

Kendall Nicole Jenner initially came to the spotlight through the reality television show Keeping Up with the Kardashians. However, she was also working in commercial print ad campaigns and photoshoots and her rise to individual stardom came with her breakout seasons in 2014 and 2015 where she worked with some of the most prominent fashion designers during the New York, Milan and Paris fashion weeks. Jenner has multiple editorial and cover shoots for LOVE and various international Vogue editions under her name and is also a brand ambassador for Estee Lauder. In her maiden entry, Jenner was ranked no. 16 on Forbes magazine’s list of top-earning models of 2015 with an estimated annual income of US$4 million. In 2017, Jenner was recognised as the world’s highest-paid model by the same list.

Jenner was born on November 3, 1995 in Los Angeles California to retired Olympic decathlete champion Caitlyn Jenner and television personality Kris Jenner. She gets her middle name from Nicole Brown Simpson, her mother’s best friend who died just before Jenner was conceived. Jenner grew up with younger sister Kylie and eight half siblings including Kourtney, Kim, Khloe and Rob Kardashian. She was brought up in Calabasas, an upscale suburb west of Los Angeles where she attended Sierra Canyon School before opting to be homeschooled in order to focus on her modeling career. She graduated in 2014.  Jenner prefers to keep her love life private and attributes this to her shy personality. In May 2014, Jenner purchased a two-bedroom, 2.5-bath condominium in Los Angeles for US $1.4 million. She also bought a house in Mulholland Estates, a gated community in Los Angeles.

Jenner began her career at the age of 14 when she signed with Wilhelmina Models on July 12, 2009. Her Wilhelmina portfolio was directed by cinematographer Nick Saglimbeni. Her first gig was with Rocker Babes with a Twist campaign for Forever 21 in December 2009 and January 2010. She got featured on a Teen Vogue Snapshot on April 19, 2010. This was followed by collaborations with Sheri Hill at the Mercedes-Benz Fashion Week in September 2011, American Cheerleader, Teen Prom, Looks, Raine, GenLux, Lovecat and Flavour Magazine. By the end of 2012, her modelling career took off and this was cemented with successful campaigns with White Sands Australia, Leah Madden and Agua Bendita.

In November 2012, Jenner paired up with Victoria’s Secret photographer, Russel James for editorial work and joint projects. Throughout 2013 and 2014, their projects surfaced in Kurv, Miss Vogue Australia and Harper’s Bazaar Arabia. Jenner was also featured in James’ Nomad Two Worlds: Australia book launches in Sydney and Los Angeles. This ushered in a new phase in Jenner’s career where she shifted focus to high fashion and signed with The Society Management on November 21, 2013.

Jenner was subjected to controversy in 2017 when she had to cancel a previously scheduled Victoria’s Secret appearance due to her new affiliation with La Perla. She was named as the world’s highest-paid model of 2018 in the Forbes top-earning model list.