A series of designer presentations held biannually in Paris, France 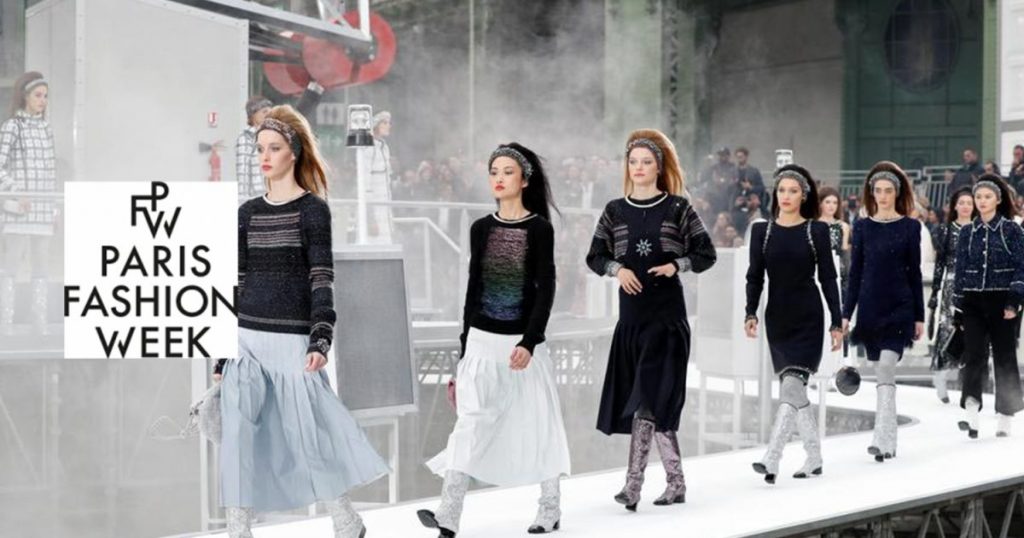 Paris Fashion Week (in French called Semaine de la mode de Paris) is a series of designer presentations held biannually in Paris, France with spring/summer and autumn/winter events held each year. Dates are determined by the French Fashion Federation. Paris Fashion Week is held at venues throughout the city. It is widely considered the most prestigious of the Big Four Fashion Weeks.

In addition to ready-to-wear shows, there are men’s and haute couture shows, which are held semiannually for the spring/summer and autumn/winter seasons. Also, every year, famous brands like Dior, Chanel, Louis Vuitton, Givenchy, and Céline host their shows in historical places such as the Carrousel du Louvre and the Grand Palais.

The event itself derives from “salon shows” (“défilés de mode” in French, literally “fashion parades”) in Paris couture salons. These were held in France.

In 1945 the Chambre Syndicale de la Haute Couture established another set of rules to regulate and determine Haute Couture houses. In order to meet the criteria, the house had to ensure they followed the updated rules with one of them being that in each season, a couture house must present a collection of at least 35 runs with both daytime and evening wear to the Paris press. Others included having at least 20 members on staff, and that every design must include fittings and be made-to-order for the clientele. The following biannual events of Haute Couture houses in accordance with the new guidelines set by the Chambre Syndicale de la Haute Couture have been seen as the first pair of fashion weeks in Paris.

The first recognized Paris Fashion Week was held in 1973 and organized Haute Couture, Ready-to-Wear, and Men’s Fashion into one grouped showing by the Fédération Française de la Couture.

The event was a fundraiser held at the Palace of Versailles to restore the palace. The amount aimed to reach to repair the palace was estimated at $60 million USD which converts to 53,026,956 Euros. The fundraiser was started because the French government had stated they could not handle the cost of the renovations. It was overseen by the founder of New York Press Week, now known as New York Fashion Week, Eleanor Lambert, in accordance with the at the time Versailles curator, Gereld van der Kemp. The restorations and renovations included Marie Antoinette’s dressing room, Louis XV’s children’s play room, and a staircase which began construction in 1722 but was never finished.

The event gained much publicity because of the designers involved and is given the nickname “The Battle of Versailles” because of its location and the tension between the American and Parisian designers during the run of the show.