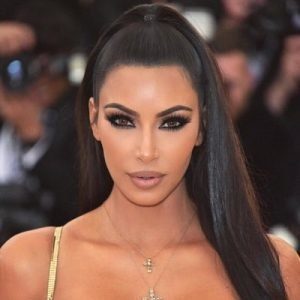 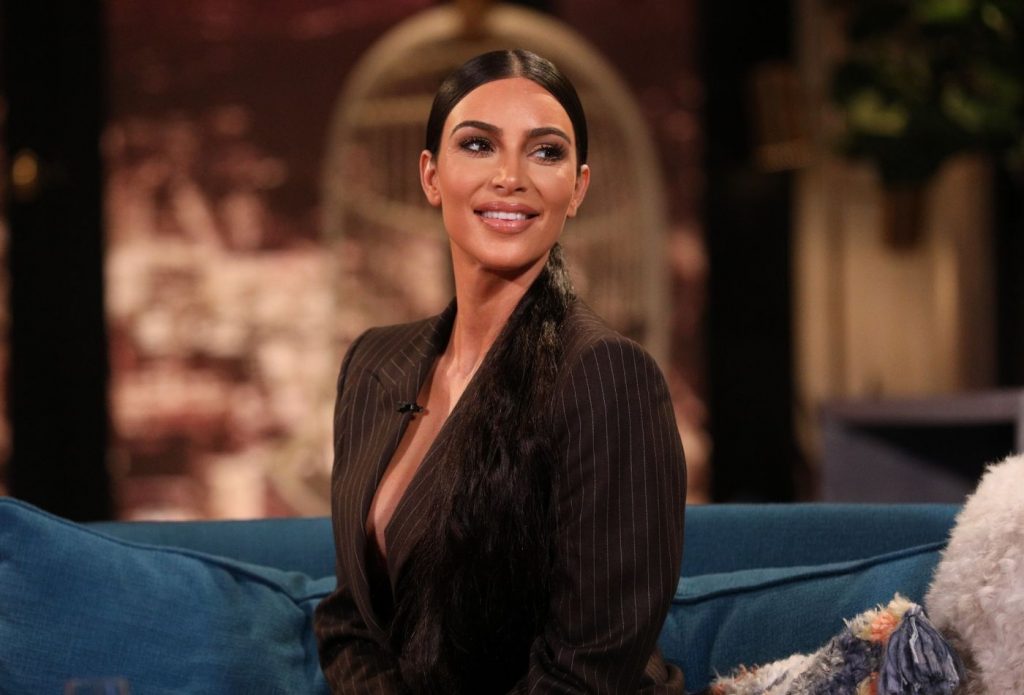 Time magazine covered West on their list of 2015’s 100 most influential people, while Vogue described her in 2016 as a “pop culture phenomenon.” Both critics and admirers have described her as exemplifying the notion of being famous for being famous.

Kardashian was born in Los Angeles as the daughter of lawyer Robert Kardashian and Kris Houghton Kardashian. Her father had ancestors among Americans of Armenian descent, while her mother has Dutch and Scottish roots. Kim’s parents divorced in 1989. Robert Kardashian died of esophageal cancer on September 30, 2003. Kim’s mother, Kris, was the wife of former Olympian Bruce Jenner (Caitlyn Jenner) until December 2014.

Kardashian was a longtime friend of Paris Hilton, thanks to which she gained moderate media attention. Kim, however, became famous only in February 2007, when the video sex with the participation of Kardashian and R&B vocalist Ray J saw the light of day. In October of the same year, Kim, along with two sisters, a brother, two half-sisters, a mother and her stepfather, began appearing in a reality show with a camera at the Kardashian, broadcast on E!. In December 2007, Kim posed for Playboy magazine.

Kardashian is a co-owner of the D-A-S-H boutique, which she runs with her sisters: Kourtney and Khloé. In February 2008, Kim became the face of the Bongo Jeans brand; in addition, she also advertised, among others, Carl’s Jr., as well as Sugar Factory lollipops.

In 2008, Kardashian was one of the participants in the 7th series of the Dancing with the Stars program. Kim dropped out in the third episode, eventually taking 11th place.

In March 2009, Kardashian launched a campaign to promote ShoeDazzle – a brand she is co-founder and head stylist. The following month, April 9, the stores released a series of exercises DVD, Fit in Your Jeans By Friday, created by Kim and professional trainers: Jennifer Galardi and Patrick Goudeau.

In September 2009, the cosmetics company Fusion Beauty and Seven Bar Foundation began the charity campaign “Kiss Away Poverty”, the face of which was Kardashian. One dollar from the sale of every lip gloss LipFusion went to the foundation, which allocated these funds to help women taking their first steps in business.

In 2010, the first perfume signed by Kim had its premiere. The famous Cupcakes confectionery operating in Los Angeles has created special vanilla cupcakes for Kardashian, known as Va-Va-Va-Nilla. Kim, Khloé and Kourtney design jewellery; in 2010 their author’s collection “Virgins, Saints, and Angels” was released. Kardashian, along with Khloé and Kourtney, is the author of several clothing collections; one of them is “K-Dash” available in QVC since 2010, as well as a line designed for the Bebe brand. In 2010, the Kardashian Glamor Tan self-tanner created by Kim, Khloé and Kourtney premiered.

On April 1, 2010, Kim supported Cyndi Lauper during the launch of the Give a Damn campaign, highlighting the issue of discrimination against the LGBT community.

Kim is the producer of the reality show The Spin Crowd, about the work of the New York agency Command PR, led by Jonathan Cheban and Simon Huck; Kardashian is privately a friend of the two, especially Cheban, who previously often appeared in With the Camera at the Kardashians. Kim appeared as a guest in the 10th series of The Apprentice, playing the role of one of the jurors, and at the same time inspiring the task for the participants – the two teams were supposed to create an exhibition inside the store promoting the new line of Kardashian perfumes. Kim, Kourtney and Khloé wrote an autobiography, Kardashian Konfidential, which premiered on November 23, 2010.

In December 2010, Kardashian recorded a music video for the song “Jam (Turn It Up)”; Hype Williams was responsible for its direction, and Kanye West appeared in the music video. The premiere of the video took place during the New Year’s Eve, December 31, 2010, at the TAO club in Las Vegas. The-Dream and Tricky Stewart were responsible for the song’s production. Asked about possible plans to release her album in the future, Kim replied: “I’m not working on any album, none of these things – this is just one path we recorded for Kourtney and Kim are going to New York, and a clip directed by Hype Williams. Half of the proceeds from the sale of the song will go to foundations fighting cancer, because both one of the The-Dream’s parents, like my dad, died of cancer.”

Kim’s first acting engagement was a role in the television series Nad wave. Then, in 2008, Kardashian starred in the feature film Total Cataclysm, playing the role of Lisa. Kim also appeared as a guest on the series How I Met Your Mother, 90210 and CSI: Criminal Riddles of New York and “Two Broke Girls”. Kardashian twice served as a guest judge in the America’s Next Top Model program.

In June 2019, West launched a new range of shapewear called Kimono. West was heavily criticised over the name of the brand which critics argued disrespected Japanese culture and ignored the significance behind the traditional outfit. Following the launch of the range, the hashtag #KimOhNo began trending on Twitter and the mayor of Kyoto wrote to West to ask her to reconsider the trademark on Kimono. In response to public pressure, in July 2019, West announced that she would change the name. However, Japanese trade minister Hiroshige Seko stated that he would still be dispatching patent officials for a meeting at the U.S. Patent and Trademark Office and that Japan would keep an eye on the situation. She later replaced the shapewear company to the name Skims.

In October 2010, Kardashian became associated with Chris Humphries, a player of the NBA New Jersey Nets team. In May 2011, the couple got engaged, and on August 20, 2011, in Montecito, California, their wedding took place. At the beginning of October of the same year, TV E! she broadcast a two-episode special program showing both preparations for the ceremony and the wedding ceremony of Kim and Kris. After 72 days of marriage, Kardashian filed for divorce on October 31, 2011, stating “irreconcilable differences” as the reason. On December 1, 2011, Humphries submitted documents seeking marriage annulment, claiming he had been the victim of fraud; California law allows for the possibility of annulment of a marriage on that account.