A worldwide fashion and lifestyle magazine

Vogue is a fashion and lifestyle magazine. It also covers many other topics such as beauty, culture, living, and runway.

Vogue is often called “the fashion Bible.” The magazine is always the first to give a full review of new beauty and fashion trends and sometimes even sets new trends, discovers promising names and dictates highest standards. To appear in Vogue is the top quality label in the fashion industry for designers, models, actors, photographers and authors.

The first issue of Vogue saw the light in 1892 in America.

In 1909 the magazine was acquired by Conde Naste Publishers. The magazine’s volume became thicker and its main focus was turned on women. Naturally, the price was raised as well. 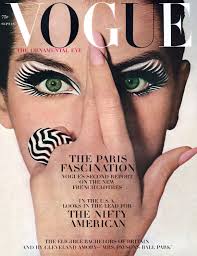 In 1916, when the First World War made impossible Vogue deliveries to the Old World, the printing was started in England. This decision proved to be successful and 1920 the first issue of French Vogue was released.

In 1932 the American Vogue for the first time ever had placed a color photography on its cover (earlier it was exclusively given for drawings). Since that time the World’s best photographers – Irwin Penn and Guy Burden, Richard Avedon and Norman Parkinson, Helmut Newton and Peter Lindberg – became Vogue’s contributors.

In 1960-s the American Vogue under the leadership of Diana Vriland had become the symbol of a new era – more creative, emancipated and sexy.

Another important period in American Vogue history began in 1988, when Anna Wintour became its Chief Editor. Her talent, will and efficiency, reflected in The Devil Wears Prada movie, had finally turned Vogue into Nr1 Fashion Magazine of the World, not just reflecting fashion trends, but effectively shaping them.

As of today, there are more than 22 editions of Vogue: American, Australian, Brazilian, British, French, German, Greek, Italian, Japanese, Spanish, Taiwanese, Chinese, and Korean, among them. Teen Vogue was launched in 2003.

Anna Wintour is the Editor-in-chief of American Vogue and the artistic director of Condé Nast, she is widely regarded as one of the most influential figures in fashion. She is the ultimate tastemaker and her opinion alone can either make or break a fashion show. She knows instantly what works and what doesn’t, which is no doubt why her personal wardrobe is always on-point. If you like a classic style which is both timeless and on-trend, Anna Wintour is your perfect fashion editor muse. To channel her style invest in signature shades, a pair of classic nude heels, pencil skirts in jersey fabric, and a trench coat with a twist.

Susan Plagemann, on the other hand, is the chief business officer of Condé Nast’s The Style Division, which includes Vogue, GQ, GQ Style, Glamour, Allure and Iris. She oversees consumer revenue for this collection of brands, and leads all fashion and beauty sales for the company.

Plagemann previously served as chief revenue officer and publisher of Vogue since January 2010 and her outstanding track record in building media brands has been pivotal to the development of Vogue. 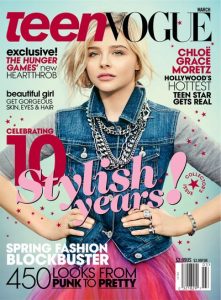 Teen Vogue was a US print magazine launched in 2003 as a sister publication to Vogue, targeted at teenage girls. Like Vogue, it included stories about fashion and celebrities. Since 2015, following a steep decline in sales, the magazine cut back on its print distribution in favor of online content, which has grown significantly. The magazine had also expanded its focus from fashion and beauty to include politics and current affairs. In November 2017, it was announced Teen Vogue would cease its print edition and continue as an online-only publication as part of a new round of cost cuts. The final print issue featured Hillary Clinton on the cover and was on newsstands on December 5, 2017.

Vogue Business is an online fashion industry publication launched in 2019. Headquartered at Condé Nast International in London, they offer a truly global perspective on the fashion industry, drawing on insights from Condé Nast’s network of journalists and business leaders in 31 markets to empower fashion professionals to make better business decisions.

While sharing the Vogue name, Vogue Business is operated as a wholly separate entity with an autonomous editorial team, developed with its own distinctive voice. So while they utilise the intelligence of Condé Nast International teams around the world, their journalism is completely independent.