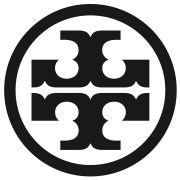 Following the launch of her eponymous label in 2004, American designer Tory Burch built a multimillion-dollar global brand driving an estimated $1 billion in sales, in a remarkably short time.

In 1998, Tony Burch majored in art history at University of Pennsylvania and for her first job, ”cold-called Zoran,” per Business of Fashion. ”Really interesting man and a beautiful designer. My mother wore his clothing. He said, ‘you can have a job, but you have to start in a week.’ So a week after I graduated, I moved to New York and started a full induction into fashion. It was a very interesting time…” Burch went on to work for Harper’s Bazaar, diversified to PR and advertising at Ralph Lauren, Vera Wang and Loewe, and then gave up her lucrative career to pursue her dream of fashion designing and opened her own store in February 2004 in Manhattan. The gamble paid off — Tory Burch almost sold out on opening day! There was no looking back. When Oprah Winfrey endorsed her brand in April 2005, citing Tony Burch “the next big thing in fashion” on The Oprah Winfrey Show, her website clocked eight million hits the following day.

The collections reflect the designer’s love of travel, visible in bright prints and detailing, showcased each season at New York Fashion Week. Since, the company has grown to three hundred- odd stores worldwide, including flagships in New York, LA, London, Paris, Rome, Tokyo and Seoul, and her line of ready-to-wear, footwear, accessories, watches, home line, fragrance and beauty retailed in department and specialty stores including Saks Fifth Avenue, Bergdorf Goodman, Neiman Marcus, Nordstrom, Bloomingdale’s, Harrods, Harvey Nichols and Galeries Lafayette.  In 2009, the designer launched Tory Burch Foundation, a nonprofit to support the economic empowerment of women and partnered Bank of America, through which the bank is giving a complete sum of $10 million in loans to female entrepreneurs. That year, Burch sold a minority stake in her company to private equity firm, Tresalia Capital but finally bought it back in 2018. The designer published her first book, Tory Burch In Color, which became a best-seller and in August 2019, inked a collaboration with Shiseido to develop, market and distribute Tory Burch beauty products.

Burch had met Pierre-Yves Roussel, CEO of LVMH Fashion Group in 2012, when LVMH expressed interest in investing in her company. the two feel in love and Roussel took over as CEO of Tony Burch; the following year, the designer became executive chairman and chief creative officer of her eponymous fashion brand. Tory Burch is on the board of Council of Fashion Designers of America and has several awards to her credit including Rising Star for Best New Retail Concept from Fashion Group International and Accessory Brand Launch of the Year at Accessories Council Excellence Awards. She is also on Forbes’ list of The World’s 100 Most Powerful Women and the brand has an estimated value of $1.5 billion.

During the Covid-19 pandemic, Tory Burch LLC shut down many of its stores across the globe and furloughed most of its employees—while continuing to pay for health insurance for its U.S. workers. Per Forbes, ‘While customers still mostly gravitate to the brand for its colorful sandals and tiny handbags, Tory Sport, the luxury sportswear collection it launched in 2015, has emerged as a bright spot. The company gave the line more prominent placement on its homepage, added a Loungewear Shop to the website…’ In sync with changing consumer needs, the brand established a presence on Tmall, Alibaba’s retail site and revamped its global website network. And all Tory Burch websites incorporated artificial intelligence to drive sales through personalised recommendations. Tory burch also introduced virtual styling, which enabled consumers to make video appointments to see different items in the store. Per Forbes, Tony burch stated, ‘We wanted to be strong, have grace under pressure, pivot and do what we could to salvage our business, and we did.’

To create clothing and accessories that are affordable yet stylish and wearable for women of any age.