'A woman is never sexier than when she is comfortable in her clothes.' 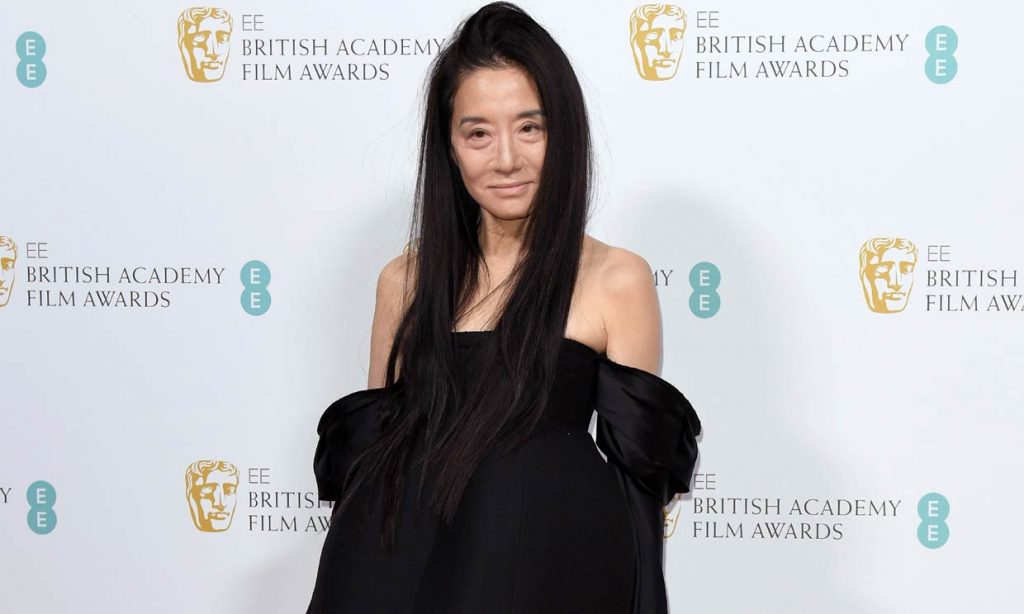 Former Vogue editor Vera Wang transformed her independent bridal boutique into a fashion and lifestyle empire that spans diversified products from ready-to-wear to engagement rings, dinner plates and bridal couture — at a variety of price points from luxury to the masses.

The daughter of affluent Chinese immigrants, wedding doyenne Vera Ellen Wang was born and bred in New York. She began figure skating at eight, trained with James Stuart, competed at U.S. Figure Skating Championships 1968 and was featured in Sports Illustrated’s Faces in the Crowd.

Wang attended University of Paris and graduated in art history from Sarah Lawrence College. She began her career at the forefront of fashion as Editor of Vogue in 1971 and stayed on for seventeen years, later joining Ralph Lauren as Design Director for Accessories. In 1989, Wang wed Arthur Becker. Word has it that disappointed with the slim selection of bridal wear, she sketched the design and commissioned a dressmaker to make her wedding gown. Pleased with the result, Wang opened a salon in Carlyle Hotel, New York carrying both eveningwear and bridal gowns and later opened bridal boutiques in New York, London, Tokyo and Sydney, expanding to fragrance, jewellery, eyewear, footwear and home-ware over the years. Though Vera Wang is a favourite with celebrity brides including Chelsea Clinton, Ivanka Trump, Alicia Keys, Mariah Carey, Victoria Beckham, Khloe and Kim Kardashian, Wang is acclaimed for designing costumes for figure skaters Nancy Kerrigan, Michelle Kwan, Evan Lysacek and Nathan Chen. She was inducted into the U.S. Figure Skating Hall of Fame in 2009 for her contribution to the sport as a costume designer and told People, ”It’s not for the faint of heart. If one strap were to break, or if the beading on the sleeve gets caught when they turn, their whole Olympics is over.” On October 23, 2001, her book, ‘Vera Wang on Weddings’, made headlines. ‘Council of Fashion Designers of America honoured Vera Wang by naming her “Womenswear Designer of the Year”​ in 2005 and gave her “Lifetime Achievement Award” in 2013.

There was no looking back. Wang is the owner of a unit in 740 Park Ave co-op, reportedly the childhood home of Jackie Kennedy. The designer collaborated with Kohl’s to produce an inexpensive line of ready-to-wear titled ‘Simply Vera’ and teamed up with Men’s Wearhouse to design tuxedos for both retail and rental. The same year, she expanded in Australia with “Vera Wang Bride Sydney” and opened her first Asian flagship “Vera Wang Bridal Korea” in Seoul. Forbes placed her the 34th in America’s Richest Self-Made Women 2018 and her revenues rose to reported $630 million that year. In September 2019, after a sabbatical of two years, Vera Wang returned to New York Fashion Week Spring Summer 2020 with a showing that celebrated the thirtieth anniversary of her brand. It got positive reviews, with Nicole Phelps describing it as “Wang has decades of experience balancing women’s real-life needs with the oftentimes frivolous details that glamour demands” while Bridget Foley wrote, “Wang is both practitioner and student not only of fashion but of clothes. She works obsessively on silhouette, construction and fit… Beautiful, seriously designed clothes, presented with gutsy panache…”

“People have done far better than me in far shorter periods of time, but that wasn’t my story,” Wang told BoF.  “It was brick by brick, client by client, store by store. It’s been a trip of passion, but it has not been a quick trip. Nor has it been easy. And that is the truth.” Wang’s wedding gowns have been widely referenced in popular culture, including “Sex and the City” and “Gossip Girl”. Acclaimed for her iconic wedding gowns and evening wear, driven by artistic modern design, Vera Wang’s collections continues to command respect and popularity worldwide.

To create a lifestyle that goes beyond core bridal and ready-to-wear, and into publishing, fragrance, beauty, accessories and home.