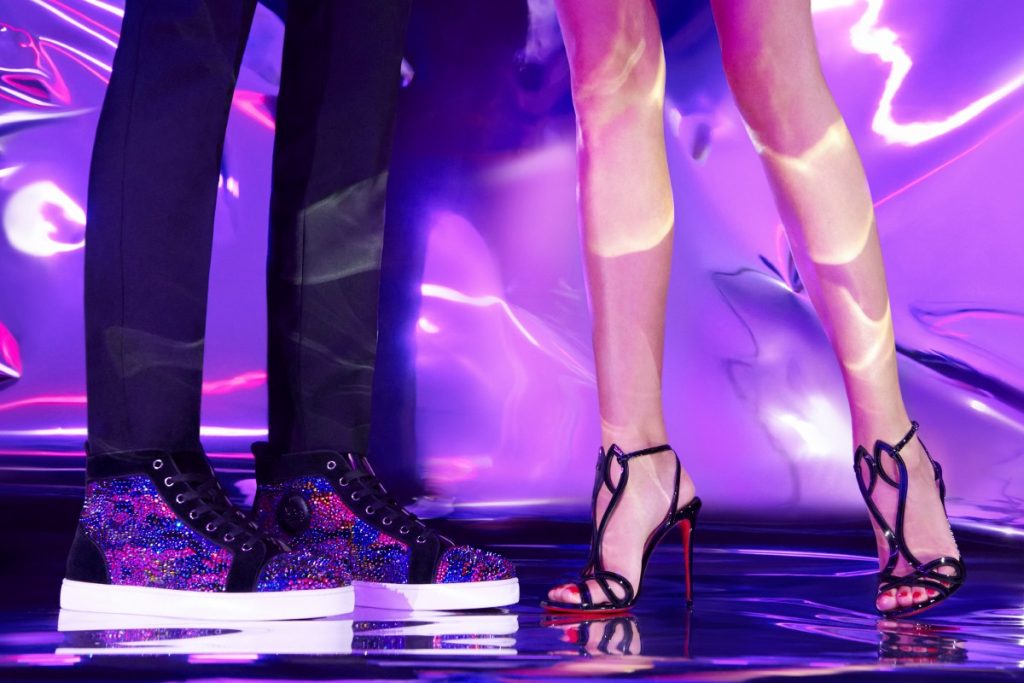 Louboutin’s passion for sketching shoe designs instead of studying led to him being reportedly expelled from a number of schools. Today, the eponymous luxury footwear brand is one of the world’s most sought after and the trademark red soles are legendary.

Born and bred in Paris, Christian Louboutin spent most of his time sketching shoes instead of studying, was reportedly expelled from three schools and moved out at the age of twelve to live with a a friend. Determined to polish his natural talent, he trained in drawing and the decorative arts at Académie d’Art Roederer and his fascination with shoemaking began when he visited Museum of African art in 1976 and was fascinated with a sign of a crossed-out stiletto. The image, intended to safeguard the museum’s parquet floor, motivated him to handcraft shoes that would “make women feel empowered and confident.”

Louboutin travelled to Egypt and India, and returned to Paris with sketches of sinuous heels “teetering on the edge of something outrageous.” After approaching couture houses with his designs, Louboutin began his career in 1982 at Charles Jourdan and then freelanced for Chanel, Yves Saint Laurent and Roger Vivier. In the Eighties, he gave up shoe designing to become a landscape gardener but missed working with shoes and set up his own brand in 1991. When Christian Louboutin opened his first boutique on Rue Jean-Jacques Rousseau the following year, one of his first customers was Princess Caroline of Monaco. The legendary shoemaker counts Lady Gaga, Madonna, Oprah Winfrey., Danielle Steel, Joan Collins, Jennifer Lopez, Madonna, Tina Turner, Sarah Jessica Parker, Beyoncé and Britney Spears among his loyal clientele. Louboutin also collaborated with Alexander McQueen, Lanvin and Jean Paul Gaultier, and designed for Yves Saint Laurent’s showing which led to litigation involving the trademark of the red soles.

Speaking of red- lacquered soles, it was first designed in 1993 when he was working on a prototype inspired by Andy Warhol’s Flowers, with a pink stacked heel, fabric flower and black sole. At that time, he noticed an assistant painting her nails red, took the nail polish and coated the sole with red lacquer. The shoe ‘popped’ and he immediately perceived that red soles would be his signature style. The outrageous designs never cease to amaze the jet set — the iconic shoemaker has handcrafted shoes with mismatched heels, covered them in studs and spikes, fur and feathers and also designed boots with pockets. Among his legendary designs are ‘Pigalle’ pointed-toe, high -heeled pumps; ‘Resillissima’ ankle boots with lace panels, Corset d’Amour boot fashioned from leather, black lace and satin and ‘Officier’ slippers with military-inspired gold threadwork. Another example is his elaborate Marie-Antoinette shoe, co-created with French embroiderer Jean-Francois Lesage, with its strong colours, cannetille embroidery using metallic thread and pearls. The men’s dress shoes, spiked loafers and lu- kicks is hugely popular as well. In fact, when the first menswear store opened in New York in 2012, Louboutin offered a bespoke service that re-created customers’ tattoo as an embroidered element on the footwear. Per The New Yorker, he sells more than 500,000 pairs of footwear each year.

In 2003, Louboutin expanded into women’s handbags. The luxury brand topped Luxury Institute’s Luxury Brand Status Index for three years when it was declared Most Prestigious Women’s Shoes in 2007, 2008 and 2009. In 2009, J Lo wrote her song Louboutins in praise of his shoes, giving them a cross-generational appeal. However, he made headlines for all the wrong reasons in 2011 for a trademark infringement claim of red-soled shoes. He claimed Yves Saint Laurent’s shoes with red upper, red outsole be revoked and reportedly sought US$1 million in damages. U.S. District Judge Victor Marrero denied the request to stop the sale of Yves Saint Laurent shoes with red soles. In 2012, the court finally ruled that Louboutin would retain the exclusive right to use red soles when the outer portion of the shoe is any color other than red, while Yves Saint Laurent could continue to sell shoes with red soles as long as the whole shoe was red!!

To represent the most refined qualities of our luxury goods around the world.