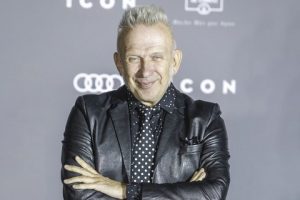 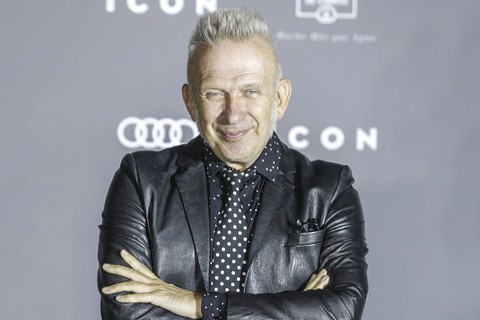 Madonna’s coned corset and Kylie Minogue’s embroidered, cutout net dress are iconic imagery of the era. And who can forget the man-skirt or the outerwear made with pieces of crocodile leather linked with crotchet? Well, those aren’t Jean Paul Gaultier’s sole contributions to Fashion. The designer was one of the first to make couture hip in an era dominated by street culture and elevated streetstyle to the realm of couture, all the while boldly exploring diverse genres from the hypersexual to the transgender. Tagged ‘enfant terrible of French fashion’ he captivated the fashion industry throughout his near five decade career, appalling and garnering praise in equal measure.

Hailing from Paris, Gaultier’s mother was a clerk and his father, an accountant. His maternal grandmother, Marie Garage, introduced him to Fashion. Despite no formal training in fashion design, he sent his sketches to couture stylists. Impressed by his creativity, Pierre Cardin hired him as an assistant in 1970. He later worked with Jacques Esterel and Jean Patou, returning to manage Pierre Cardin’s boutique in Manila for a year.

In 1976, Gaultier’s boyfriend Francis Menuge encouraged him to establish a line of ready-to-wear. Scraping together some money, he made his debut at a planetarium in Paris where nine models wore garments made using unorthodox material like braided straw, canvas and upholstery fabric. Grafting unlikely components into popular silhouettes, it was a marriage of classicism and rebellion. That spirit has guided his work ever since. Some of his earliest designs include tattoo skins i.e. long-sleeved stretch-nylon tops printed with roses, pierced hearts and tribal art. That said, he was interested in the traditional, such as the trench — with his spin. Like the red satin trench or the trench- inspired dress! However, while reinventing aesthetic codes, he always advised people to dress in their own unique style.

In 1987, Gaultier launched his haute couture collection, drawing inspiration from fundamentally divergent cultures. He quickly discovered he loved the creative freedom of couture. Bullfighters’ boleros, rabbis’ shtreimels, Mongolian gilets, kimonos, flamenco skirts and African masks astride corsets, leather, vinyl and glitter. It was owing to this sheer creativity Hermès hired Gaultier as Creative Director and took a thirty percent stake in the Jean Paul Gaultier brand, which later increased to forty-five percent. Gaultier remained at Hermès for seven years, exiting in 2010 to concentrate on his own label. Shortly, he announced he would close down his ready- to- wear line to focus on haute couture, fragrance and collaborations in costume design and interiors.

Embracing the viewpoint of being different in a multicultural society, Jean Paul Gaultier shook up aesthetic codes. Latex, leather, fishnet and harness associated with sadomasochism were brought from sex shops to the catwalk, presented as hyper-sexual ensembles. His sleek provocative style left an indelible mark on Fashion.Two highlights characterise his body of work — the corset and the man skirt. Rummaging in his grandma’s wardrobe, he unearthed twentieth century corsets, which he redesigned as a boned tightly-laced corset to make women feel sexy, liberated and empowered. Gaultier is also renowned for the man-skirt, which he first showed in his collection, Boy Toy. In the eye of a storm, he said he had no intention of being provocative; he was inspired by waiters’ long aprons, togas and kilts, and by one of his male models who had come for his fitting in a sarong. His exhibit in Costume Institute of New York’s Metropolitan Museum of Art, “Braveheart: Men in Skirts,” showed designs by Gaultier, Dries van Noten, Vivienne Westwood and Rudi Gernreich to examine “designers and individuals who have appropriated the skirt as a means of injecting novelty into male fashion, as a means of transgressing moral and social codes, and as a means of redefining an ideal masculinity.” Gaultier’s choice of models was also an effort to blur boundaries. In the Seventies, fashion was ruled by tall skinny blondes but he chose multi- cultural unconventional models.

By the mid-eighties, Gaultier dressed Annie Girardot, Juliette Binoche, Catherine Deneuve, Lady Gaga, Beyoncé — and Madonna who asked him to design 358 costumes for ‘Blond Ambition Tour’. In particular, the pink corset bodysuit with conical cups, which she wore with black men’s pants, became one of the most iconic imagery of the era! These alliances were illustrative of his astute business acumen. Gaultier collaborated with Diet Coke and co-created television show ‘Eurotrash’. In 2019, New York street wear brand Supreme worked with him to present a collection of spray-painted denim jackets, faux-fur plaid coats in bright colours, reversible jackets with a detachable backpack, sneakers with floral prints and pinstripe suit. Marrying street wear with high fashion, the collection sold out!

In 1990, boyfriend and business partner, Francis Menuge, died of AIDS-related causes. Menuge had handled the business side of Gaultier’s house since his first show, and they had been a couple for fifteen years. Today, Gaultier lives alone, in Paris. He has a boyfriend based in Greece, and they see each other when possible.