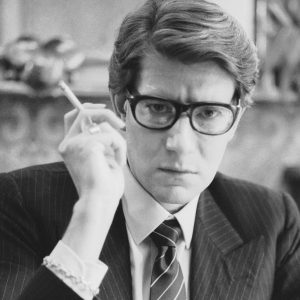 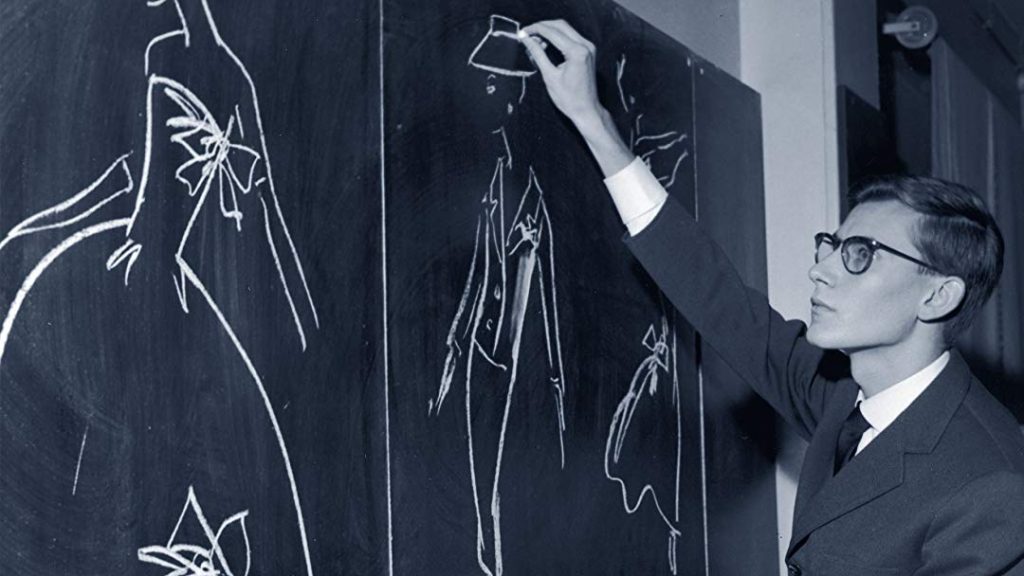 Yves Saint Laurent (1936-2008) was a French fashion designer who, in 1961, founded became popular in fashion circles due to his creativity in redesigning the clothes considered to be masculine into beautiful, feminine wardrobe for women. Perhaps, one of the most famous fashion designers in France, Yves was the first one to introduce power dressing for women in the form of “power suits” in the year 1966. He is also credited with designing the men’s smoking jacket. The most important fashion legacy which he has left behind is the “ready-to-wear” fashion clothing.

He was born to French parents in French Algeria, in 1936  At the age of 17, Saint Laurent moved to Paris and enrolled at the Chambre Syndicale de la Haute Couture, where his designs quickly gained notice. Michel De Brunhoff, the editor of French Vogue, introduced Saint Laurent to designer Christian Dior who became one of his main mentors and influences.

In 1953, Saint Laurent submitted three sketches to a contest for young fashion designers organised by the International Wool Secretariat. Saint Laurent won first place. Subsequently, he was invited to attend the awards ceremony held in Paris in December of that same year.  During his stay in Paris, Saint Laurent met Michel de Brunhoff (who was then editor-in-chief of the French edition of Vogue magazine and a connection of his father). De Brunhoff, known by some as a considerate person who encouraged new talent, was impressed by the sketches Saint Laurent brought with him and suggested he become a fashion designer.

He began working for Dior as a young man. Although Dior recognised his talent immediately, Saint Laurent spent his first year at the House of Dior on mundane tasks, such as decorating the studio and designing accessories. Eventually, however, he was allowed to submit sketches for the couture collection; with every passing season, more of his sketches were accepted by Dior.

After the early death of Christian Dior at only 53, Saint Laurent found himself  at age 21 as the head designer of the House of Dior. the straight line of his creations, a softer version of Dior’s New Look, catapulted him to international stardom with what would later be known as the “trapeze dress”.

In 1960 he and his partner, industrialist Pierre Bergé, started their own fashion house Yves Saint Laurent YSL with funds from American millionaire J. Mack Robinson. The couple split romantically in 1976 but remained business partners.

In the 1960s and 1970s, the firm popularised fashion trends such as the beatnik look; safari jackets for men and women; tight trousers; tall, thigh-high boots; and arguably the most famous classic tuxedo suit for women in 1966, Le Smoking. The 1965 Mondrian collection was particularly renowned.

The prêt-à-porter line became extremely popular with the public if not with the critics and eventually earned many times more for Saint Laurent and Bergé than the haute couture line. However, Saint Laurent, whose health had been precarious for years, became erratic under the pressure of designing two haute couture and two prêt-à-porter collections every year. He increasingly turned to alcohol and drugs. At some shows, he could barely walk down the runway at the end of the show, and he had to be supported by models.

In 1983, Saint Laurent became the first living fashion designer to be honoured by the Metropolitan Museum of Art with a solo exhibition. In 2001, he was awarded the rank of Commander of the Légion d’Honneur by French president Jacques Chirac. Saint Laurent retired in 2002 and became increasingly reclusive, living at his homes in Normandy and Morocco with his pet French Bulldog Moujik.

Founded in 1961, it has been considered one of the world’s most prominent fashion houses and is known for its modern and iconic pieces, such as its tuxedo jackets for women. Today, Saint Laurent markets a broad range of women’s and men’s ready-to-wear products, leather goods, shoes, and jewellery. Yves Saint Laurent Beauté also has a notable presence in the luxury beauty and fragrance market

Ms. Francesca Bellettini has been the Chief Executive Officer and President of Yves Saint Laurent SAS at Kering SA since September 2013. From August 1994 to May 1996 Ms. Bellettini acquired professional experience working with Goldman Sachs, initially at their New York headquarters, then in London in the Investment Banking and Mergers & Acquisitions divisions. From July 1996 to March 1998 she worked in London with the Investment Banking Division of Deutsche Morgan Grenfell.