Fashion has always been a catalyst for social change. Of late, luxury fashion brands have taken up the cause of breaking gender stereotypes in Fashion by asking, are gender-specific collections relevant anymore? “Gender identity as a concept has been blown open in recent years,” said Jack Duckett, associate director for consumer lifestyle research at Mintel, a research firm. “The traditional paradigms of what is a male or female life trajectory have not disappeared, but they are no longer working for men today — certainly not younger men.”

Today, the fashion industry is evolving to dispel gender stereotypes. ”Gender-fluid or gender-inclusive clothing can be any clothing, in theory,” Nick Paget, senior analyst at World Global Style Network, tells NBC. ”The notion that clothing as an expression of our personality belongs to one gender or another is the social construct that needs disassembling.” Mainstream fashion’s involvement in the gender-fluid movement has helped expand the general perception of how men and women can dress. Galliano for Maison Margiela SS19 indicated, ‘What is masculinity and femininity today? I hope this is a journey to help us discover a new sensuality, a new sexuality, breaking down preconceived ideas of what’s masculine and what’s feminine.’ 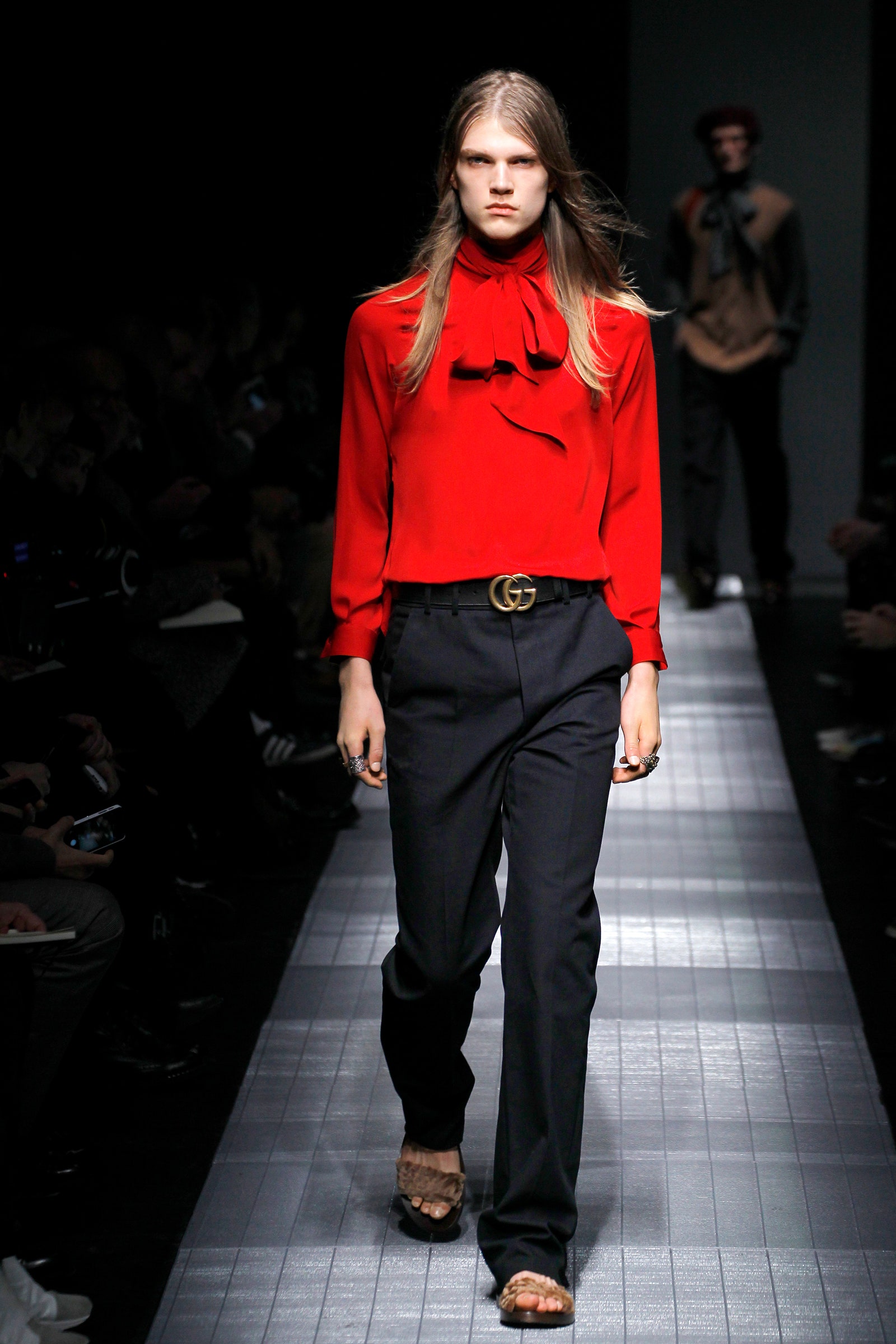 Per Vogue, ‘conventional elements have migrated to unexpected places to create entirely new shapes—”altering reality to create a new reality” as Galliano explains it—so that, thanks to ”the fearlessness of a couturier’s scissors,” a trench coat is cut into skateboard shorts, and the front of a velvet jacket morphs into a black lace shift dress onto which it has been grafted… What Galliano politely calls a ‘combinaison’ but admits is essentially a ‘onesie’ becomes the most gender fluid garment of all.”

Gucci takes up the mantle of gender inclusivity

Per GQ, Alessandro Michele, creative director of Gucci, ‘is acclaimed for one of the most popular styling cues of 2019—A$AP Rocky’s monarchist silk babushkas… Michele is also the source of Ryan Gosling’s ’50s prom shirt at the 2017 Academy Awards, Donald Glover’s groovy velvet suits, and the ongoing Jared Leto-saince…’ For Fall Winter 2020, Gucci unveiled a £1,700 Tartan cotton long smock shirt dress which features a satin bow on the front — for men — in a bid to disrupt the toxic stereotypes that mold masculine gender identity. 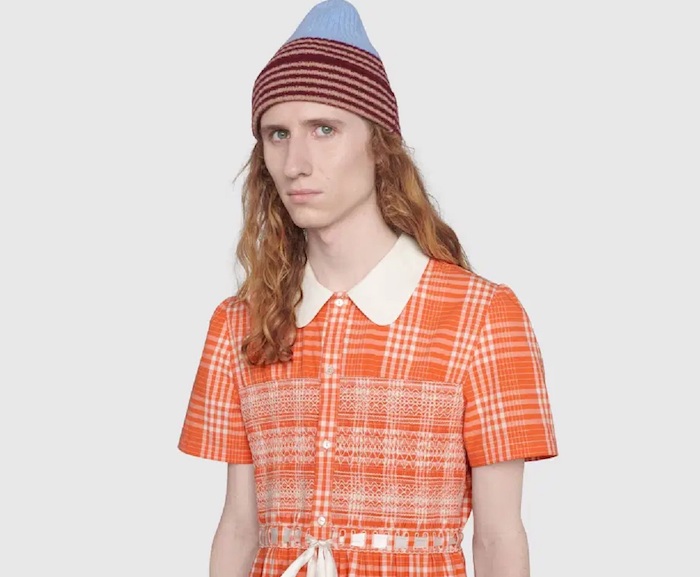 ”The shift in menswear started by Michele is seismic, with that first eerily pretty ensemble predicting a half-decade of luxurious revolt” Alessandro Michele tells GQ.

Per GQ, ‘At the 2019 Metropolitan Museum of Art’s Costume Institute Gala, Leto showed up wearing a Michele-designed red evening gown… Michele’s version of masculinity has become fashion’s predominant one: an idea not just of men in skirts but of men embracing loveliness, textural richness, and glamour—things that in the 20th century were reserved largely for women…. ”When I talk about the collection and I show it to the merchandising department, they understand that fashion must be something unique. The era that you just want to buy a black pair of trousers without reason is over. Fashion can really talk to you. It’s not just buying something, it’s connecting to a strong image that suggests something to you. I know that is very complicated” Michele tells GQ.

British pop star Harry Styles changed the narrative with the Gucci outfit he wore while hosting the 2019 Met Gala — a black, diaphanous blouse, Cuban heels and a single pearl earring. Later, he graced the cover of US Vogue December 2020. The the cover line read: “Harry Styles Makes His Own Rules”. He tells Vogue: “There is so much joy to be had in playing with clothes. I’ve never thought too much about what it means — it just becomes this extended part of creating something.” The writer of the article, Hamish Bowles, writes that Styles “manages to make ruffles a compelling new masculine proposition, just as Mr Fish’s frothy white cotton dress… did for Mick Jagger when he wore it for the Rolling Stones’ free performance in Hyde Park in 1969”.

Per Vogue, Harry explains, ”We no longer need to be this or that… these parameters are no longer as strict as before, and it gives rise to great freedom. It’s stimulating.”

Harry’s view of gender norms is certainly an idealised one. While he is making a statement that people should wear whatever makes them feel good, without fearing what others think of them, others have faced discrimination along the way. Still, more and more people are free to be themselves regardless of gender norms, which is reflective of hope for the future of Fashion. 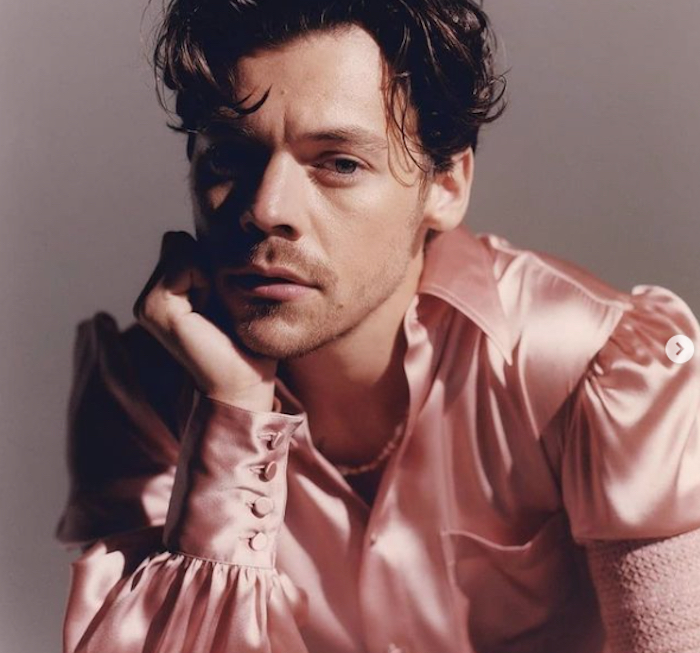 The Gender Fluid Fashion Report states that there has been a significant interest for fashion apparel that has been spotted on both men and women. Gender is no longer just limited to male and female — or pink and blue — but is now a spectrum of non-conforming fashion that is dispelling the archaic heteronormative approach to Fashion. The report states, ”With more and more male fashion icons borrowing from women’s closets, trends traditionally intended for women are now slowly becoming popular among both genders. Take for instance Gucci blouses: both Kate Middleton and Harry Styles are fans of the Italian label’s elegant silk creations, and have been seen wearing similar pieces with ruffles or pussy-bows on multiple occasions. Is it coincidence that search interest for ‘Gucci blouses’ has increased by +97 per cent by the end of 2020? … and let’s not forget the Saint Laurent leopard-print coat, a rock-and-roll piece perfect for it-girls and it-boys alike: search interest on Google for ‘Saint Laurent leopard’ increased by +82 per cent over the course of 2020.”

We have so many examples of stereotypes that are holding men back from being their true selves including news ridiculing Prince George practicing ballet, which sparked a social media storm with the hashtag #boysdancetoo. With Fashion taking up the mantle to dispel toxic masculinity and embrace styles that dispel gender stereotypes, the future seems bright. 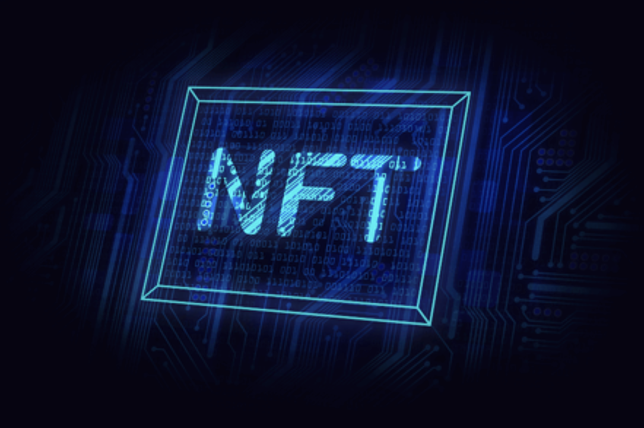 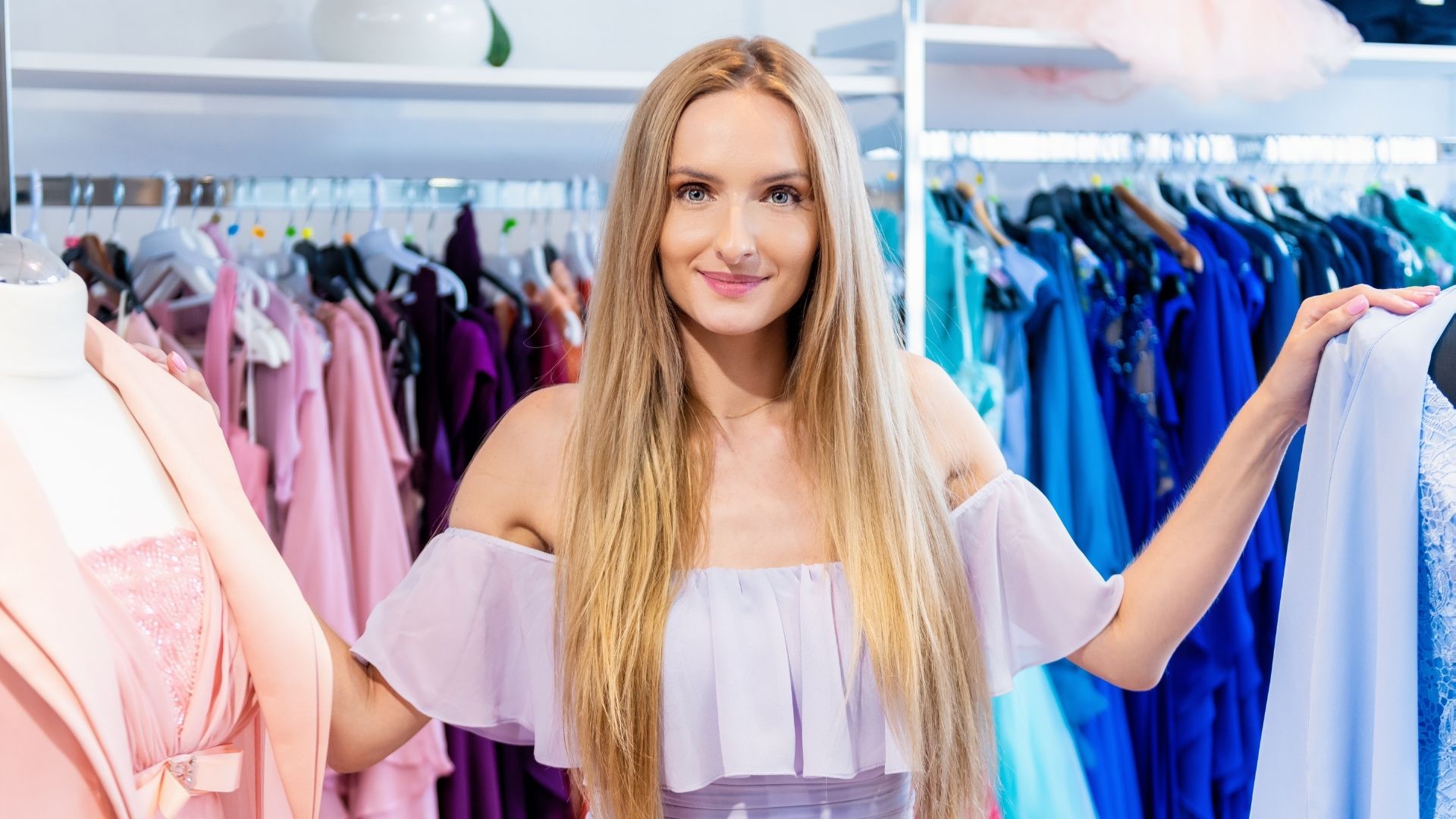 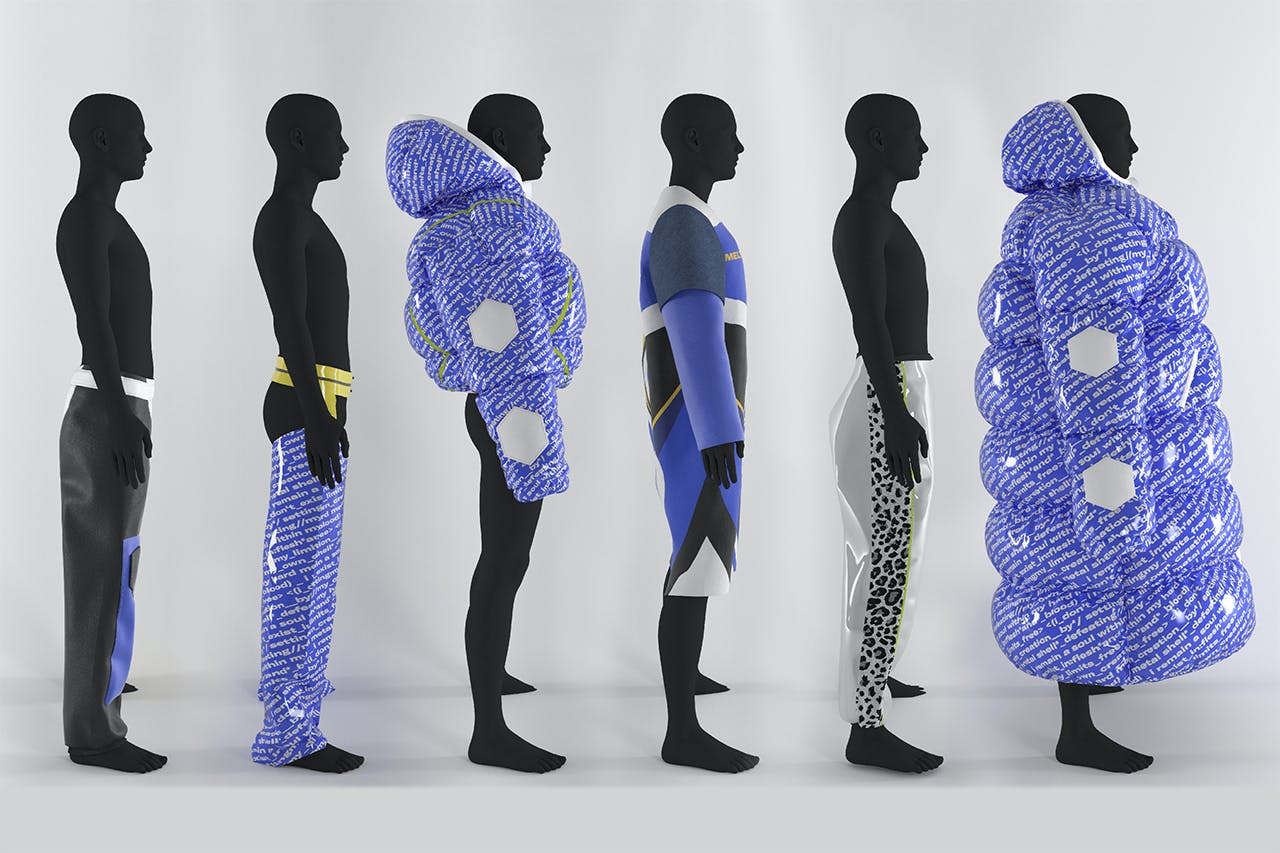 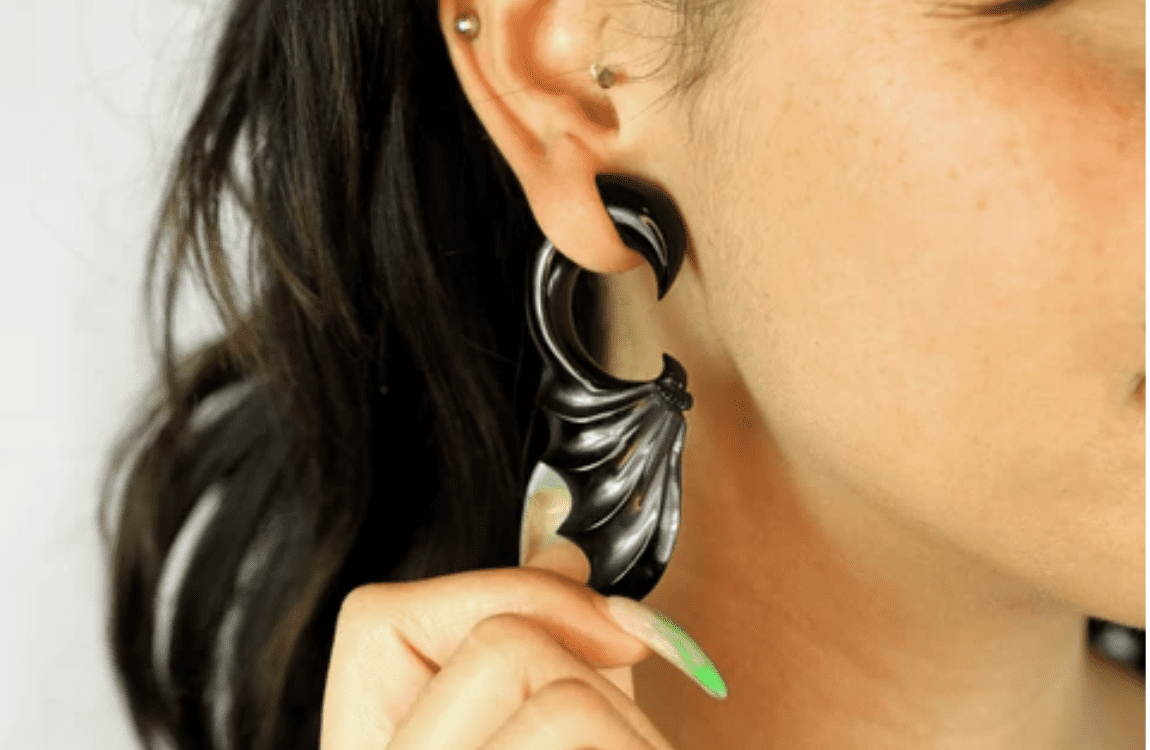 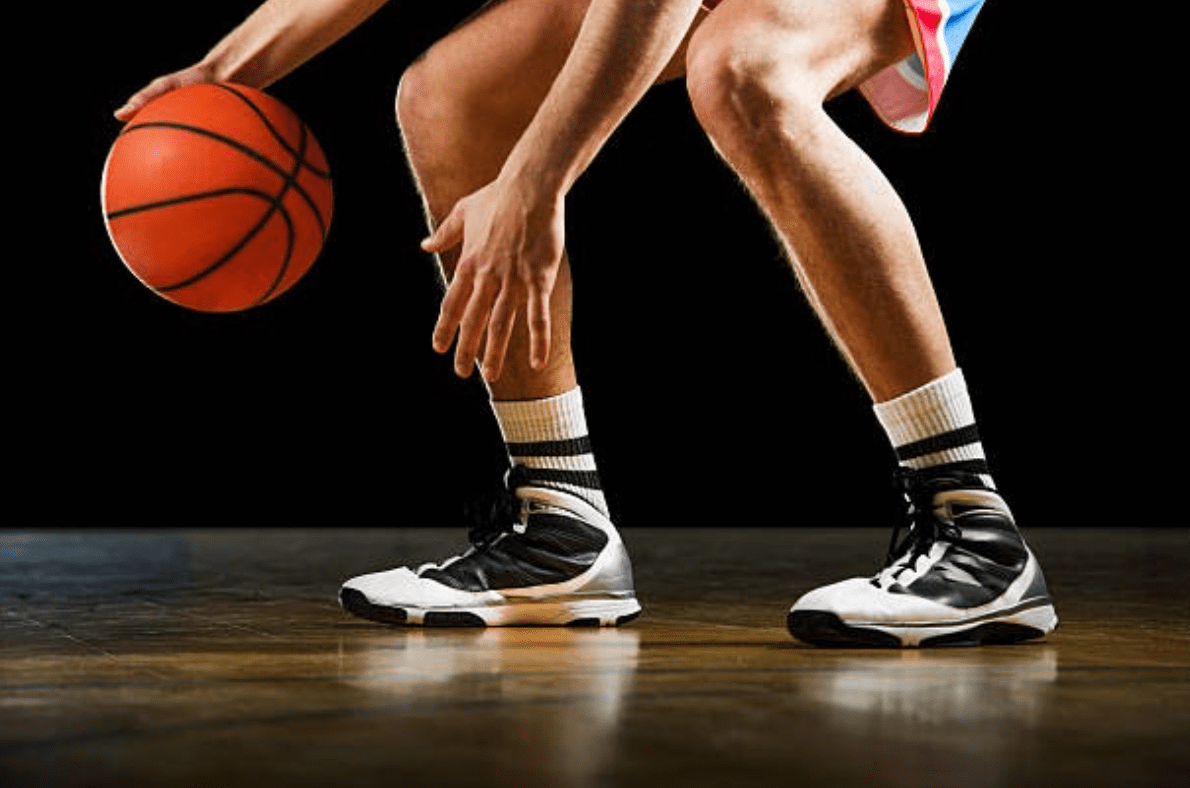