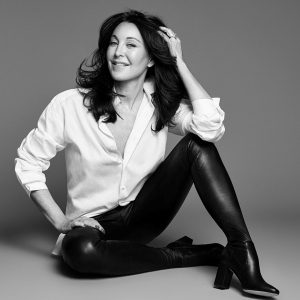 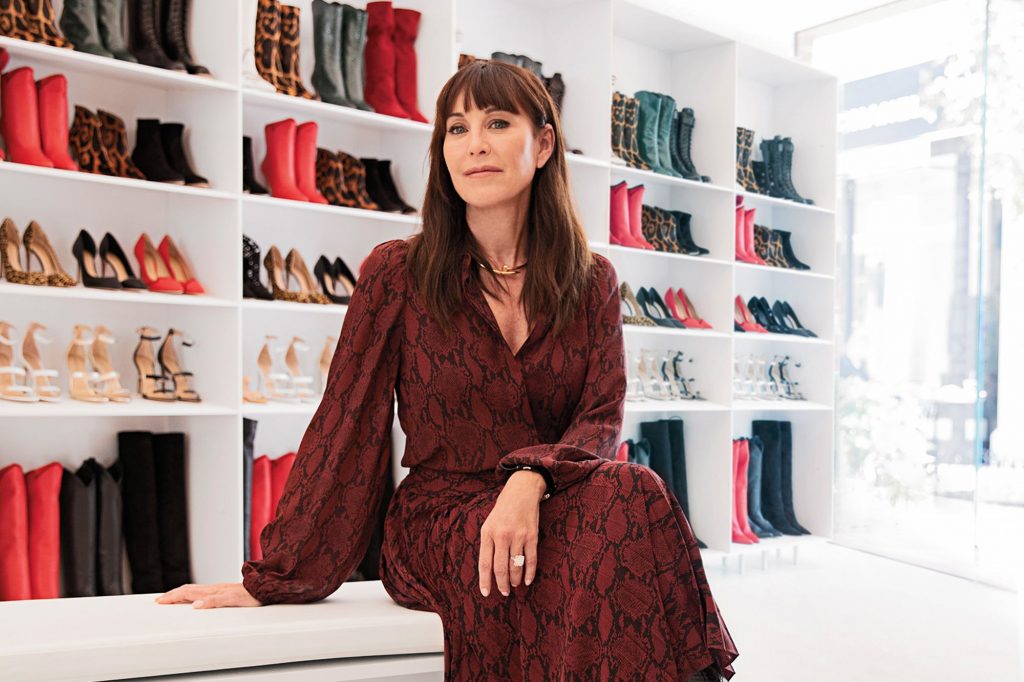 Born Tamara Yeardye on 7 July 1967, Mellon is the daughter of Tom Yeardye who was Rock Hudson’s stunt double and Ann (Davis Yeardye), who used to be a model for Chanel. She was the eldest of three siblings. Her family relocated to Beverly Hills in 1976 where they lived next to Nancy Sinatra. Mellon used to split her summers between California and the UK. She went to two independent girls’ schools in Berkshire-Marist School and Heathfield St Mary’s School. She finished school in Switzerland at the now-defunct Institut Alpin Videmanette. She got her current surname from the time she was married to Matthew Mellon, a prominent American businessman and member of the prominent Mellon family,

Tamara published a biography titled ‘In My Shoes’ in 2013 where she gives a detailed account of her rise to success through her collaboration with shoe-designer Jimmy Choo. While speaking to Vanity Fair regarding the book, she described the challenges that came with designing shoes for the Oscar Season. She also spoke about her battle with substance-abuse particularly regarding her back and forth bouts with cocaine. There was also subsequent media coverage on her stint in rehab, party lifestyle and dispute with Vogue Magazine that saw her get fired. Her battle with alcohol addiction also got public notoriety and interestingly enough, she actually met her first husband, Matthew at Alcohol Anonymous. After their divorce, she wrote several articles that described their strenuous relationship and how she had to heavily rely on cocaine to get by infamously referring to it as “snorting her way through alpine ranges of cocaine”.

She announced her engagement to Michael Ovitz in 2015 through a magazine interview with HELLO! However, it has been discovered that Ovitz is still legally married to his first wife Judy. She referred to the whole situation as “complicated’ in a 2016 Times article.

Mellon’s career began at Phyllis Walters Public Relations, Mirabella and she joined British Vogue as an accessories editor and assistant to Sarajane Hoare in 1991.

She pitched the idea of launching a ready-to-wear shoe company to bespoke shoe-maker Jimmy Choo. She accumulated funds from her father to co-found Jimmy Choo company. She sourced factories in Italy where she also set up an office to watch over the production aspect of things while keeping an eye on quality control and shipping. By 2001, Jimmy Choo Ltd had over 100 clients which included the likes of Harrods, Harvey Nichols, Saks Fifth Avenue and Begdorf Goodman.

The first Jimmy Choo store was launched on Motcomb Street in London. This was quickly followed up by outlets in New York, Las Vegas and Beverly Hills. In 2001, Equinox Luxury Holdings Ltd partnered up with Jimmy Choo Ltd and after acquiring Mr Choo’s shares, their Chief Executive, Robert Bensoussan became CEO of Jimmy Choo Ltd and decided to introduce handbags and small leather goods collections.

By 2004, the company was valued at £101 million. A major share of the company was acquired by Hicks Muse and Mellon made an estimated £85 million from the eventual sale of the company in 2011. In 2007, she appeared on the Sunday Times Rich List, where she was ranked as the 751st richest person in the UK with her wealth estimated at £99 million. She was also ranked as the 64th richest woman in the UK. She stated in 2013 how her eponymous luxury shoe brand will not buy from companies that lacked female employees at executive roles.

In December 2015, Mellon had to file for bankruptcy under Chapter 11 of the bankruptcy code for her shoe and apparel brand. It was discovered that her assets valued between $1 million and $10 million was similar to the amount of money she owed to 199 creditors. However, she was bailed out by American equity firm NEA with a cash injection of $10 million. In January 2016, she was subjected to an objection filed by former backers which accused Tamara and her fiance of devising a plot that deprived financiers of payments. The objection also included claims of mismanagement and abuse of the company, most notably using payroll to employ a life coach and spending $100,000 on Met Gala tickets. The accusation was followed up by another formal objection by the US Department of Justice.

Mellon also filed a lawsuit against Jimmy Choo in September 2016 for allegedly disallowing her from using luxury shoemakers in Florence, Italy to produce her own line.

Mellon is a part of the New Enterprise Council, a group of entrepreneurs who are in charge of advising the Conservative Party on business policies. She was also named as a “globe trade envoy for Britain” by the British Government in November 2010 for promoting the country’s booming fashion industry overseas. Mellon has also served on the Board of Directors for Revlon since 2008 and is also a patron of Elton John AIDS Foundation.