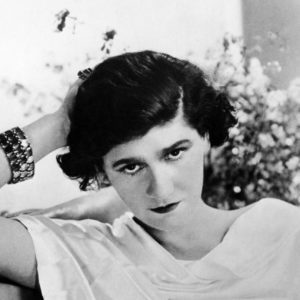 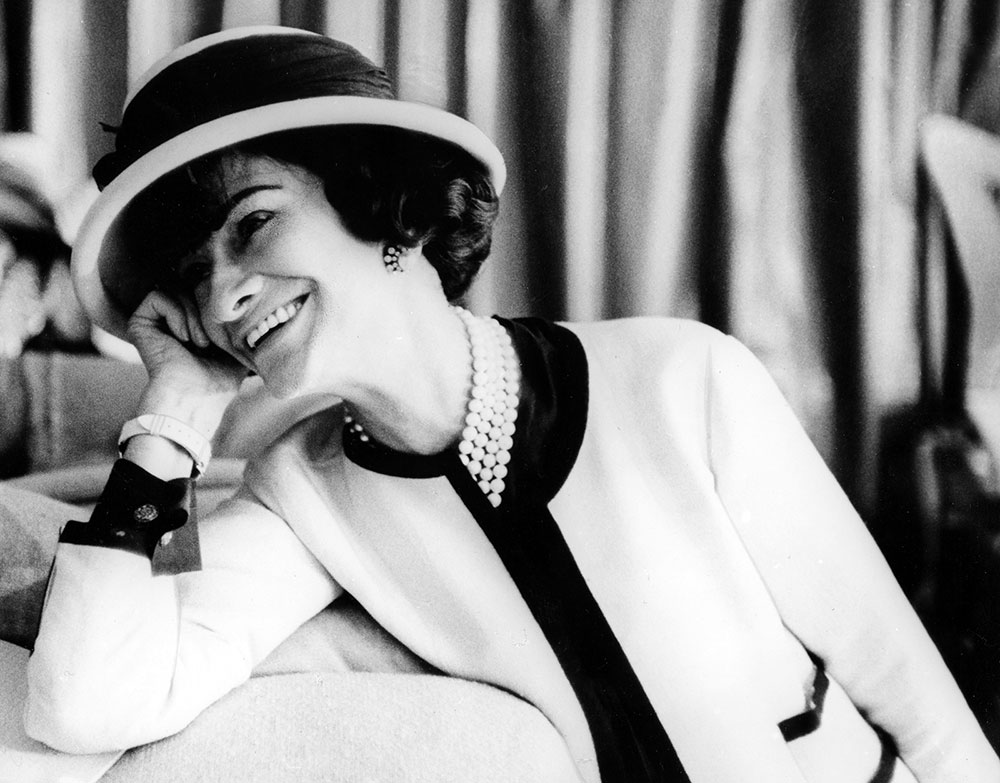 Gabrielle Bonheur “Coco” Chanel, born 19 August 1883, died 10 January 1971, was a French fashion designer famous for her timeless designs, trademark suits and little black dresses, a Nazi spy, and businesswoman. The founder of the Chanel brand, she was recognised in the post-World War I era as having liberated women from the confinements of the “corseted silhouette” and popularizing a sporty, casual chic as the feminine standard of style.

Gabrielle Bonheur Chanel was born on August 19, 1883 in the small town of Samur as the second illegitimate daughter of Albert Chanel and Jeanne Devolle. In the year of her birth, her parents got married. Bonheur had five siblings: two sisters – Julie (1882-1913) and Antoinette (born in 1887) and three brothers – Alphonse (born in 1885), Luciena (born in 1889) and Augustina (born and died in 1891).

She spent 6 years with her sisters at the orphanage in Aubazine, run by the sisters of the Sacred Heart of Mary, where she was taught to sew. Later, she was taken in by her aunt, who improved her tailoring skills.

In the years 1905–1908 she performed under the pseudonym Coco as a singer in the cafes Moulins and Vichy, although she could not sing, she made up with dance and temperament.

In 1913, she founded her first shop with hats and women’s clothing in Paris. From 1915, she began to promote sportswear as work clothing. Supply difficulties caused by the war were the impetus for the presentation in 1916 of a collection of soft jersey costumes, previously considered to be linen knitwear. In 1919, already popular, she founded a fashion house under the Chanel brand. Her style à la “modest young lady”, promoting comfortable clothes based on knitwear, quickly brought the interest of rich and influential clients tired of the current corset.

She achieved financial success thanks to Chanel No. 5, which have gained great popularity since the beginning of the promotion in 1922. In the next 30 years, her milling designs, emphasizing functionality and simplicity, revolutionized the clothing industry. At the turn of the 1920s and 1930s, Chanel enterprises employed around 3,500 people (including a fashion house – already occupying several tenement houses at Rue Cambon, a perfumery laboratory, a textile factory and an artistic jewelry workshop).

In 1939, Coco Chanel withdrew from active activity in the fashion world, closing her activities during the war. In 1940, she escaped from the German invasion to Vichy, and then returned to Paris, where she spent the rest of the war at the Ritz Hotel, accompanied by high-ranking Germans, including a diplomat – and her lover – Hans Günther von Dincklage.

According to one of her biographers, Hal Vaughan, she collaborated with Abwehr at that time. After the liberation of France by the Allies, in September 1944, she was briefly arrested, but she was released, thanks to, among others, the protection of Winston Churchill. At that time she emigrated to Switzerland.

Despite their loud relationship, Coco Chanel remained unmarried with Prince Dmitri Romanov, from whom she received the “Pearls of Romanovs” or Paul Iribe. She died at the age of 87, on January 10, 1971 in Paris, France.

In 1921, she created the very popular perfume today – Chanel No. 5. Her ideas: knitted dresses and costumes, short hairstyles, turtlenecks, jewellery (long strings of pearls, chains, plastic jewellery), “little black dress”, trousers – bells met with an enthusiastic reception and are considered a classic canon of elegance. From 1983 until his death in 2019, the Chanel brand was managed by the German designer Karl Lagerfeld.

Gabrielle Bonheur Chanel has been addicted to drugs, and has repeatedly stressed her anti-Semitic views throughout her adult life. In the late 1930s, she was even involved in publishing a national-anti-Semitic periodical (Le Temoin). In turn, during the war, she made efforts to seize the property of her current associates – the Jewish Wertheimer family – under the anti-Jewish laws introduced by the Nazis. She was also suspected of acting for the benefit of German intelligence in 1945. She pledged to mediate in negotiations between the Third Reich and Great Britain in order to conclude a separatist peace in the west.