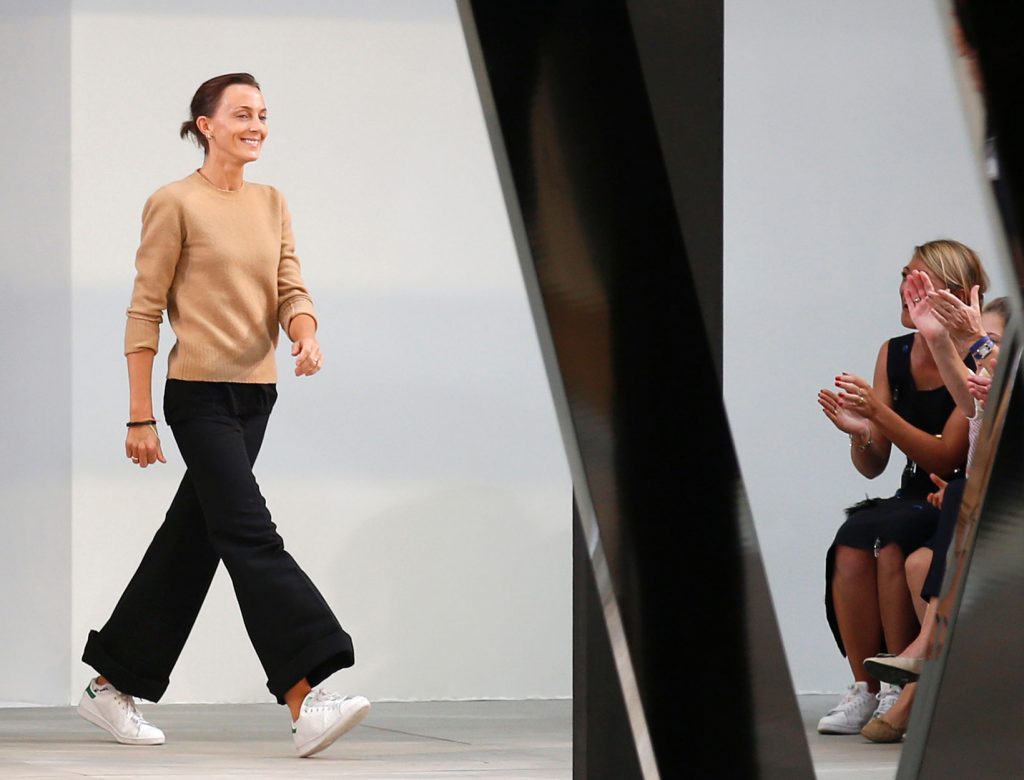 Philo was born on 1 January 1973  in Paris to British parents : Richard, a surveyor and  Celia, an art dealer and graphic artist who had a hand in creating David Bowie’s Aladdin Sane album cover. The family returned to Britain when she was two years old, and she was raised in Harrow, London. In 1987, at the age of 14, she began customizing her clothes after receiving a sewing machine as a birthday present from her parents.

She studied at Central Saint Martins College of Art and Design in London, graduating in 1996. She graduated showing a final student collection.

In July 2004, Philo married English gallerist and art dealer Max Wigram (b. 1966). They live in London and have three children.

In 1997, Philo moved to Paris to join the house of Chloé and began working as Stella McCartney’s design assistant. She took over from McCartney as creative director of the label in 2001.In October of that year, Philo presented her first ready-to-wear collection for Chloé and in 2002 she launched the label’s accessories line.Under Philo’s leadership, Chloé became one of Paris Fashion Week’s most coveted invites. Philo’s “It” bag designs, such as the Paddington, launched in 2005, created quite a buzz. Philo resigned from her role at Chloé in 2006.

After a two-year hiatus, Philo became the creative director of LVMH’s Céline. She set up her studio for the company and continued to work in London whilst showing in Paris. She agreed, and presented her debut collection the next year to much critical acclaim.Her rebranding of the Parisian house resulted in double-digit growth for the company and a new roster of cult items, including the much-copied luggage tote. Hedi Slimane , formerly creative director of Yves Saint Laurent , took over the head design role at Céline after the Pre-Fall 2018 collection.

2005: “British Designer of the Year” by the British Fashion Council

2010: “British Designer of the Year” by the British Fashion Council

2011: “International Designer of the Year” by the CFDA

2014: Philo was named by Time Magazine as amongst the world’s 100 most influential people

She was appointed Officer of the Order of the British Empire (OBE) in the 2014 New Year Honours for services to fashion.