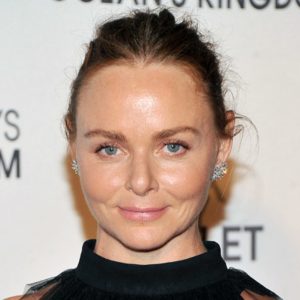 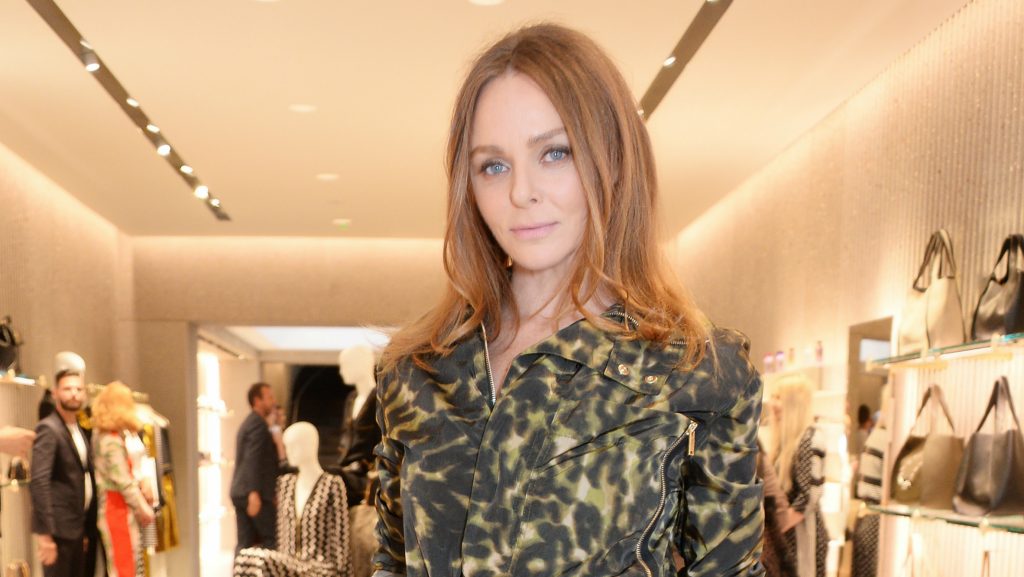 One of the most well-known and outspoken fashion designers in the world, Stella McCartney launched her career in 1995, when friends and supermodels Naomi Campbell and Kate Moss modeled her clothes at her college graduation. She received the VH1/Vogue Designer of the Year Award in 2000. In 2012, McCartney designed the clothing for Great Britain’s Olympic team.

Stella Nina McCartney was born on September 13, 1971 in London, England. She is the second of three children born to ex-Beatle Paul McCartney and his late wife, Linda. While her birth shortly followed the break-up of the Beatles, her early years were greatly shaped by her father’s intense recording and touring schedule. With her parents’ new band, Wings, Stella and her siblings—her sister, Mary; brother, James; and half-sister, Heather, a daughter from Linda’s first marriage—traveled around the world.

Following the demise of Wings, the family relocated to an organic farm in Sussex, where the McCartneys immersed themselves in country life, raising farm animals and growing vegetables. “I was brought up to understand that we are all here on planet Earth together,” she told The Guardian in a 2009 profile.

Despite her family’s celebrity profile, McCartney experienced a childhood that was remarkably normal. The family was close and the kids, all of them, attended local state schools.

McCartney married British publisher Alasdhair Willis on August, 30 2003 at Mount Stuart House on the Isle of Bute. McCartney’s wedding dress was an updated version of her mother’s wedding dress from her March 1969 marriage ceremony to Paul McCartney. Willis works as creative director of shoewear brand Hunter. In 2015, he was named one of GQ‘s 50 best dressed British men.

She studied her foundation at Ravensbourne College of Design and Communication, followed by Fashion Design at Central Saint Martins in the early 1990s: she graduated in 1995. Her graduation collection was modelled by friends and supermodels Naomi Campbell, Yasmin Le Bon and Kate Moss – for free – at the graduation runway show. The collection was shown to a song penned by her famous father, called “Stella May Day”.

McCartney became interested in designing clothes while still very young. At age thirteen, she designed her first jacket. Three years later, she interned for Christian Lacroix, working on her first haute couture collection, honing her skills working for Edward Sexton, her father’s Savile Row tailor for a number of years.

A lifelong vegetarian, McCartney does not use any leather or fur in her designs. The Guardian described her in 2015 as a “consistent and vocal” supporter of animal rights. Some of McCartney’s designs have text that elaborates on her “no animal” policy; for example, one of her jackets for Adidas says, “suitable for sporty vegetarians” on the sleeve. A pair of her vinyl and ultrasuede boots were marketed specifically as being vegan-friendly, although her use of oil-based synthetics still raised ecological concerns.

In 2003, McCartney launched her first perfume, Stella. In January 2007, McCartney launched a skincare line, CARE. The 100% organic line includes seven products, from a cleansing milk made with lemon balm and apricot to green tea and linden blossom floral water.

In 2008, she launched a new lingerie line. In November 2010, the Stella McCartney Kids collection was launched for newborns and children up to age 12.

In November 2016, McCartney launched her first menswear collection. The collection is made up of many athleisure, pyjama-like casual outfits. McCartney said her father had provided inspiration for the collection.

In April 2018, after 17 years of partnership with Kering, Stella McCartney has decided to purchase the fashion giant’s stake of her company and take the reins of her global fashion empire. McCartney was the designer of Meghan Markle’s wedding reception dress. She later created 46 replicas of the dress, 23 in lily white and 23 in onyx black, for her Made With Love capsule collection each priced at £3,500.

On 15 October 2018, Stella McCartney announced the launch of Stella McCartney Cares Foundation – a charity dedicated to breast cancer. The cause is really close to McCartney, since she lost her mother to the disease in 1998. The charity will donate 1,000 of the brand’s Louis Listening post-operative mastectomy compression bras to women undergoing breast cancer treatment.