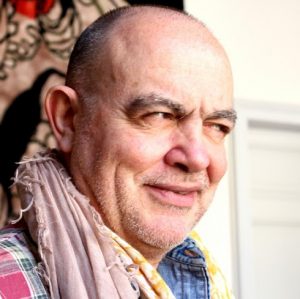 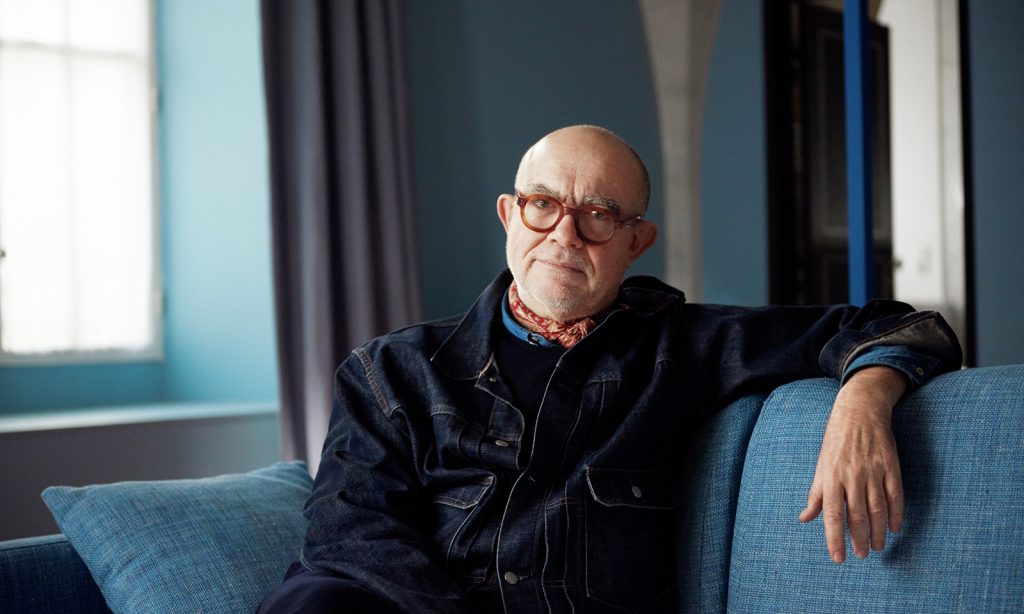 Christian Lacroix is a French fashion designer who made a splash in the mid-1980s with his haute couture line created first for the house of Patou then under his own brand. The nineties saw Lacroix start up a number of diffusion lines as well as a perfume. Although Lacroix is well known in the fashion industry he was never able to turn a profit from his brands. In May 2009 “Christian Lacroix” (the brand) filed for bankruptcy, it received several bidders offering to invest in the fashion house with no confirmed acceptance.

Christian Lacroix was born in Arles, France on May 16, 1951. Lacroix is the son of an engineer father who helped design equipment used in oil drilling. He was raised in a bourgeois household in Arles and liked to draw as a child. Many of his sketches were of clothing historical costumes and fashions. His interest in history and fashion led him to pursue museum studies at École du Louvre where Lacroix met his future wife Françoise Rosenthiel, whom he married in 1974.

Lacroix graduated from secondary school in 1969 and moved to Montpellier, to study Art History at the University of Montpellier. In 1971, he enrolled at the Sorbonne in Paris. While working on a dissertation on dress in French 18th-century painting, Lacroix also pursued a program in museum studies at the École du Louvre. His aspiration during this time was to become a museum curator.

Lacroix’s hiring in 1981 at Jean Patou as a designer was to help the company improve its clothing sales. He was hired by Jean de Mouy, the grandnephew of the company’s founder, who wanted to ensure that the company could continue to exist if not be profitable after a time. At the time Lacroix came aboard, the firm sold more of its popular perfumes than its clothing. De Mouy gave Lacroix the freedom to create two collections per year of couture for women in any way he wanted to do them.

Lacroix was given the chance to design for Patou due to his connection to Picart who helped him get the job. During his early tenure there, Lacroix initially produced designs inspired by what Patou had done in the past. Over time, he slowly developed what would become his signature style. By 1984, his out-there designs attracted a following among fashionable women. He finally broke out with a 1985 collection influenced by his childhood in the south of France. Lacroix was involved with the revitalization of Patou and it was this job that helped jumpstart his career as a fashion designer.

Lacroix became a star with his 1986 collections for Patou. The collections included a short bubble dress and a pouf dress, both of which were very influential on other designers and changed the face of fashion for a time. Lacroix took many chances with his haute couture looks, including placing bustles on strapless evening dresses. Many observers believed he made modern couture, an industry some considered a dying art, fun again.

By 1987, Lacroix was praised in Paris because he pushed the envelope of what fashion could be. Lacroix created wide-based skirts, dresses that had a small crinoline in the back but a traditional-looking front, taffeta eyelet skirts, and short, stiff crinolines. Many pieces had a “poofy” element to them.

At some point, while designing for the house of Patou, Lacroix wanted to create his own ready-to-wear lines. However, de Mouy would not let Lacroix do this and by the end of 1986, Lacroix was looking for work elsewhere. After showing his spring/summer collection for 1987, Lacroix signed a contract to open his own couture company and quit Patou. He was able to just walk because he was the only employee of the company. De Mouy, angered by Lacroix’s sudden departure, tried to sue him by claiming Lacroix, as well as Picart, of planning to leave for months before the designer left his position. After Lacroix left the company, de Mouy closed down the couture arm of Patou.

Lacroix was able to do both couture and ready-to-wear for his own fashion house, “Christian Lacroix”. With the deal signed in January of 1987, the company that bore his name was funded with eight million dollars from Financiere Agache, a French company that owned other fashion houses including Dior and a textile manufacturer, Boussac. Financiere Agache was owned by Bernard Arnault, who was interested in what Lacroix had done with fashion. Lacroix signed a 99-year deal with the company and after founding his own fashion house, Lacroix was able to freely design anything he wanted. He also had final approval of all products with his name on it, during this time American companies and others lined up to sell Lacroix’s work.

By March of 1988, Lacroix had his first full ready-to-wear collection for fall completed. It was inspired by his couture creations, but was much more simple. The pieces included knits, leathers, and different fabrics. Lacroix also introduced a second ready-to-wear collection that was more expensive and more high-end than the first. To increase the company’s profitability, as the couture collections actually did not generate much profit, the Lacroix name was used on a line of furs, fabrics, eyewear, costume jewelry, and men’s clothing. By 1990, he also added his own perfume, C’est la vie, and expected to add other cosmetics.

While Lacroix continued to be an influential couture designer in the late 1980s, critics were not as impressed with his creations. Other designers were emerging and becoming more important, and while his celebrity status remained intact, his outrageous designs began to look out of place in a world plagued by economic insecurity after the stock market crash of 1987.

Lacroix tried to find his niche in the 1990s, especially in the ready-to-wear market. He introduced Bazaar, a collection of casual clothes, in 1994. Lacroix moved into home products like bed linens in 1995 and blue jeans in 1996. None of these lines did particularly well, though his haute couture line always had a steady core clientele. However, by the late 1990s and early 2000s, the fashion world and the fashion public embraced fantasy and Lacroix became somewhat popular again. In response, Lacroix hired new people to help him revamp his image and provide input into collections in 2000. Around the same time, he signed a new contract with the owners of the house of Lacroix, Louis Vuitton-Moët Hennessy. Lacroix was given the freedom to split his time between his work at his fashion houses and other projects.

Though Lacroix’s design career picked up in the early 2000s, his other projects also brought him much joy. Since 1985, he had been designing costumes for stage productions, opera, and ballets. One of his first experiences as a costume designer came with the American Ballet Theatre’s production of Gaiete Parisienne. By 2001, he had designed costumes for more than 20 shows for companies all over the world. That same year, Lacroix designed costumes for his first film, Les Enfants du Siecle. Also during that year, he founded a new company, XCLX, to work in contemporary art, writing, editing, music, and publishing, and design.

From 1987 to its purchase from LVMH by Falic Fashion Group in 2005, Lacroix’s fashion house had cumulative losses of more than €44 million.

In 2009 “Christian Lacroix”, the fashion house was put into administration and laid off all but 12 workers. Lacroix’s A/W 2009 Haute Couture was privately financed by Lacroix and each model was paid €50. Throughout its history, “Christian Lacroix” never turned a profit and reported a €10 million loss in 2008.