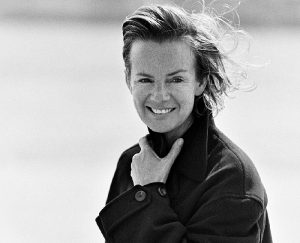 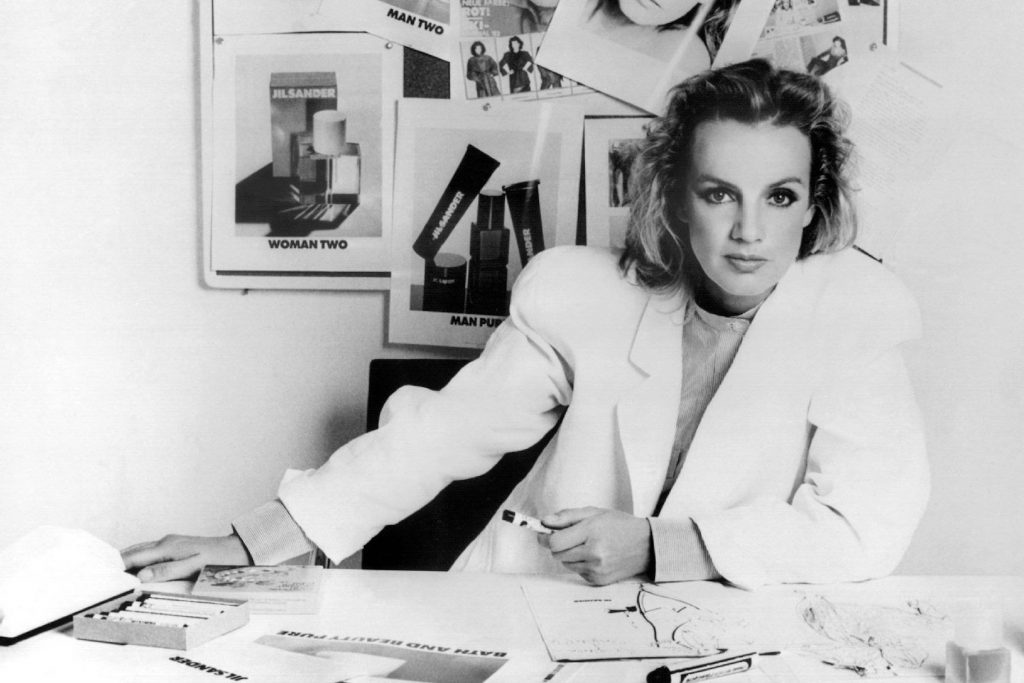 German fashion designer Jil Sander’s strength, as per Vogue, “exemplar of nineties minimalism… rigor and abstract inventiveness” transformed the brand from its modest beginnings in Hamburg, Germany to a global conglomerate. It is formidable even today.

Born Heidemarie Jiline Sander, she studied at Krefeld School of Textiles and University of California, Los Angeles following which she moved to New York and became a fashion writer. At 21, she came back to Hamburg after her father passed away. In 1967 Sander founded her fashion house that sold Thierry Mulger, Sonia Rykiel and her own designs. The following year, she founded the Jil Sander label and was critically acclaimed for her minimalist style, particularly pantsuits, belted trench, shirt dress and turtleneck. Her strength was fine fabrics, texture and neutral colors — a stark contrast to the maximal look of the era. Although her first show at Plaza Athénée, Paris in 1975 was not a hit, her designs slowly became popular among the well- heeled and she expanded the label from womenswear to leather goods, eyewear, cosmetics and menswear. Jil Sander went public on Frankfurt stock exchange, using the new capital to expand in Asia and North America.

In 1999, Prada Group bought a 75 per cent share in the company. Sander stayed on as creative designer and became chairwoman in the joint venture, but resigned soon afterwards, citing disagreements with Prada’s chief executive Patrizio Bertelli. In 2003, she made a short-lived comeback as head designer and partner. Her relaxed design aesthetic and sense of femininity was well received. Two years later, she was replaced by Belgian designer Raf Simons who revived the brand with luxury, almost- monastic corporate wear and evening wear. At times, splashed with a shot of metal or neon. In 2006, Change Capital Partners acquired Jil Sander from Prada Group and sold it onwards to Japan’s Onward Holdings. Dramatic exits are not new to fashion but became routine at Jil Sander. After a eight-year haitus, she returned, however for three seasons with crisp, elegant silhouettes at times heightened with fur or gold, then cited “personal reasons” for her departure; she was replaced by Italian designer Rudolf Paglialunga. When Paglialunga resigned three years later, he was succeeded by Luke and Lucie Meier. With the duo at the helm, Pre- Fall 2020 per Vogue “witnessed a certain sensuality and fluidity… not usually associated with such rigorous aesthetics.”

In 2009, she unveiled her own fashion consultancy,  Jil Sander Co. Fast Retailing, Japan signed a consulting contract with Sander to revamp the design of its low-price brand Uniqlo. Sander edited the design aesthetic of Uniqlo and developed a new collection titled J+, which sold throughout Asia and in New York. Her signature timeless, minimalist silhouettes, seen in the double and single breasted wool coats, white shirts, ribbed knit polo necks and sleek trousers, were a hit. Following a run of three years, Uniqlo’s parent company, Fast Retailing, announced that the partnership agreement would not be renewed. In a joint press release, both parties stated, “…they had fully explored the possibilities of their creative collaboration and accomplished what they had set out to do.”