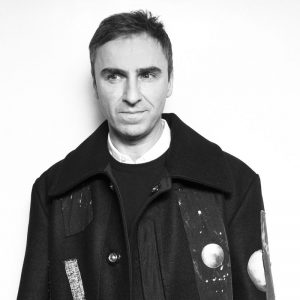 A Belgian fashion designer and founder of his eponymous menswear label 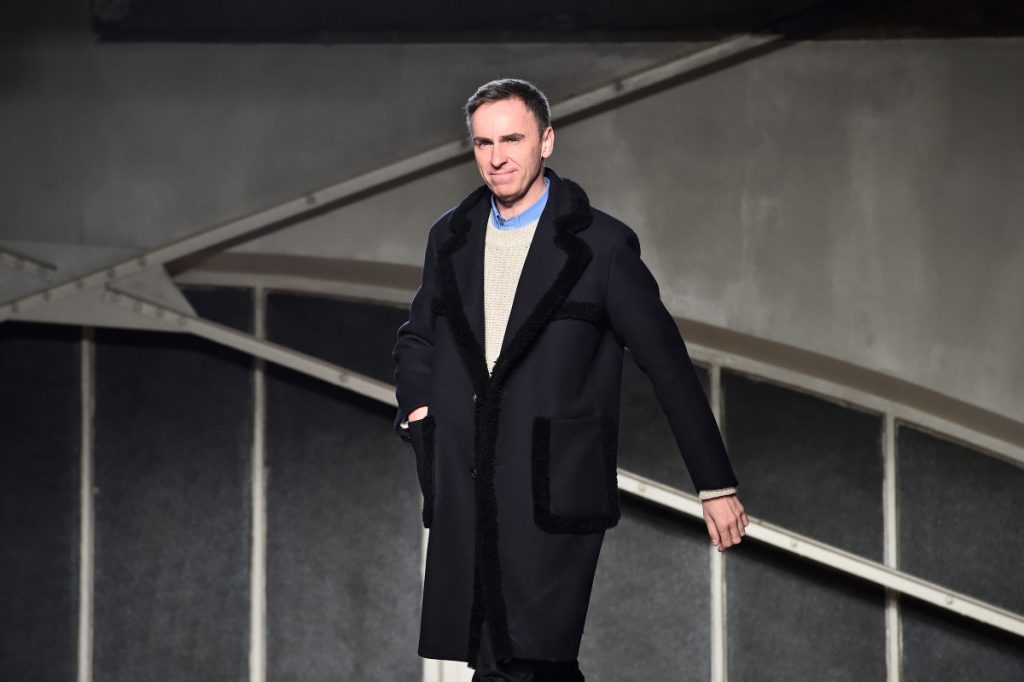 Raf Jan Simons  is a Belgian fashion designer and founder of the eponymous menswear label. Raf is considered one of the most influential designers in the fashion industry and has worked as a creative director at Christan Dior between 2012 and 2015 and Artistic and Creative Director at Calvin Klein from 2015 to 2018.

Raf Simons is an important figure within the popular culture and numerous artists such as Rihanna, Kendrick Lamar, Travis Scott, Future, Raekwon, ASAP Rocky, Lil Uzi Vert, and Big Sean, who have either referenced him, worn his clothing, or openly admired his work.

Raf Jan Simons was born in Neerpelt, Belgium in 1968. He graduated in industrial design and furniture design in 1991 and started working as a furniture designer for galleries and private interiors. Before this, Raf Simons interned at the design studio of Walter Van Beirendonck, working on the presentation and decoration of the Van Beirendonck showrooms and collections.

In a radical change of profession, hereby encouraged by Linda Loppa, head of the fashion department of the Antwerp royal academy, he became a self-trained menswear designer in 1995 and launches his own Raf Simons label.

In October 2000, Raf Simons was appointed head professor of the fashion department of the university of Applied Arts, Vienna, Austria until June 2005.

In 2003, Raf won the first prize of the Swiss textiles award.

Coinciding with his label’s 10th anniversary, in 1995, Raf presented the book ‘Raf Simons Redux’. A book written by Peter De Potter and Raf Simons himself. Likewise, the same year was celebrated the ‘Raf Simons 1995-2005’ fashion/art event at the Giardini Di Boboli in Florence, Italy, which was aimed to celebrate his first decade in fashion.

In July 2005, he was named Creative Director of Jil Sander (menswear and womenswear). He left the company in 2012.

In April 2011, Raf Simons was appointed president of the fashion jury of the Hyères 26th International Festival of Fashion and Photography.

A year later, he was nominated artistic director of Christian Dior for women’s haute couture, ready-to-wear and accessory collections. Raf Simons presented his first haute couture collection in july 2012. Raf’s collection was a success and grew himself a name in the brand until reaching the Chief Creative Officer role in August 2016.

Fuelled by his love for both rebellious youth cultures and traditional menswear, he emerges in fashion halfway through the nineties, presenting a radically different image of masculinity. Fusing the energy and singularity of teenage subcultures with the sharpness and precision of classical sartorial craft, the look presented by Raf Simons is both inspired by and designed for confident outsiders.

From the first collection on, music, art, performance, images and words have a substantial role in the whole package, summing up, or rather clarifying the kind of world Raf Simons wants to project. Always at the core of his universe (and as essential as the clothes themselves) are attitudes, moods and statements about individuality and independence.

Equally important in Raf Simons’ approach is the constant quest for innovation. The designs are always looking for the now and tomorrow, even if they are inspired by historical or classical references. Throughout the years, with the signature style evolving and maturing, the key elements stay the same: modern proportions, a constant research for fabrics and textures and above all the interplay of pure construction and new shapes with the body and psyche of the contemporary man.

As a very respected and successful desginer, Raf Simons has won the following awards and accolades: