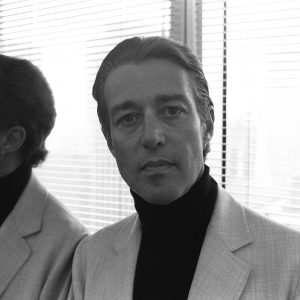 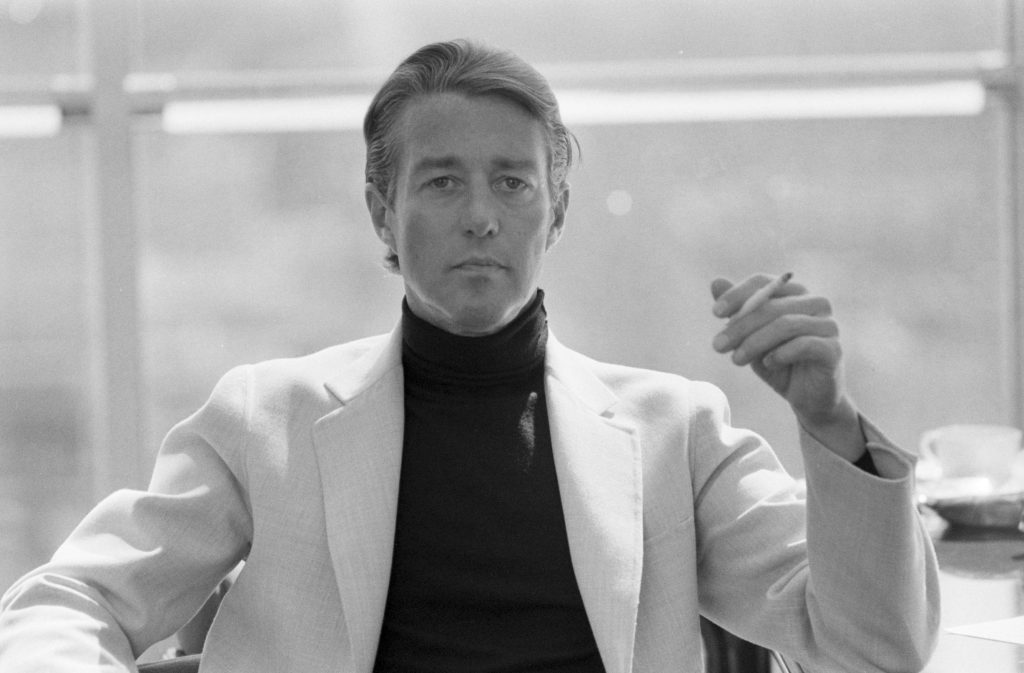 Roy Halston Frowick, best known as Halston, was an iconic clothing designer of the 1970s. Born in Des Moines, Iowa on April 23, 1932, he started off designing hats. It was his dresses, however, that made him famous. They were sexy and streamlined, perfect for high-strung nights on a disco floor. After two decades of dressing the jet-set, Halston was diagnosed with AIDS. He passed away in 1990.

While studying fashion illustration at the Art Institute of Chicago in 1952, Halston began designing hats in his spare time. Eventually, he started to sell his designs at André Basil’s hair salon at the Ambassador Hotel. Halston moved to New York City in 1958 to design hats for the legendary milliner Lilly Daché and then began working in the custom millinery salon of the prestigious retailer Bergdorf Goodman in 1959. While there, he designed the famous pillbox hat worn by the First Lady Jacqueline Kennedy for the 1961 presidential inauguration of her husband, John F. Kennedy.

Moving beyond hats, Halston went on to design his first clothing collection for Bergdorf Goodman in June 1966. Two years later he left the retailer to form his own company, Halston Ltd. In December of 1968 Halston showed his first namesake collection in his new Angelo Donghia-designed showroom at 33 East Sixty-Eighth Street in New York City. As his business grew, Halston took over the entire building, creating a retail boutique in 1972 that took up three floors of the building, with each floor selling a different collection (and at a different price point). Later that year a ready-to-wear company, Halston Originals, was formed with two partners and headquartered on New York’s Seventh Avenue.

In a first-of-its-kind deal for a fashion designer, Halston and his partners sold both the Halston businesses and the Halston trademark to Norton Simon Industries (NSI), a large multibrand corporation, in 1973. Halston’s success soared during the mid-1970s, and so did his fame. An article in Esquire magazine asked the question: “Will Halston take over the world?” (p. 69).

As the success continued, NSI started signing a multitude of licensees-thirty existed at one point. In 1978 the company moved its design studio to a spacious venue on the twenty-first floor of the Olympic Tower at Fifty-first Street and Fifth Avenue. With the bigger space once again came an increased workload. Eventually, Halston was designing four ready-to-wear, four sportswear, and two made-to-order collections per year. All this was in addition to furs, shoes, swimwear, robes, intimate apparel, men’s wear, luggage, and uniforms for both Avis Rent A Car System and Braniff Airline employees. Halston also continued to design costumes for his celebrity friends, including the performer Liza Minnelli, and for Martha Graham’s dance company.

In 1983, Halston signed a six-year licensing deal worth a reported $1 billion with retail chain J. C. Penney. The line, called Halston III, consisted of affordable clothing, accessories, cosmetics and perfumes ranging from $24 to $200. At the time, the move was considered controversial, as no other high end designer had ever licensed their designs to a mid-priced chain retail store. While Halston was excited about the deal and felt that it would only expand his brand, the deal damaged his image with high-end fashion retailers who felt that his name had been “cheapened”.Bergdorf Goodman at the time dropped his Halston Limited line from their store shortly after plans for Halston III were announced.The Halston III line for J. C. Penney was poorly received and was eventually discontinued; however, this would pave the way for other high-end designers to sell their lines at stores of varying price levels in the future.

In 1983, Halston Limited, which was owned by Norton Simon, Inc., was acquired by Esmark Inc. After the acquisition, Halston began to lose control over his namesake company and grew frustrated. As the label changed hands (it would be owned by Playtex International, Beatrice Foods and four other companies), Halston continued to lose control and, by 1984, was banned from creating designs for Halston Enterprises. He attempted to buy back his company through protracted negotiations.Halston Enterprises was eventually acquired by Revlon in 1986. Halston was paid a salary by Revlon but had stopped designing clothing for the company but continued designing for family and friends, most notably Liza Minnelli and Martha Graham. After his contract with Revlon expired, he was in talks to sign a new contract with the company but stopped negotiations after he learned that Revlon planned to continue the line without his input.The line continued on with various designers until 1990, when Revlon discontinued the clothing portion of the line but continued selling Halston perfume.

In 1988, Halston tested positive for HIV. After his health began to fail, he moved to San Francisco, where he was cared for by his family. On March 26, 1990, he died of Kaposi’s sarcoma, an AIDS-defining illness, at the Pacific Presbyterian Medical Center in San Francisco.His remains were cremated.