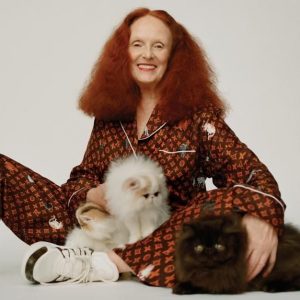 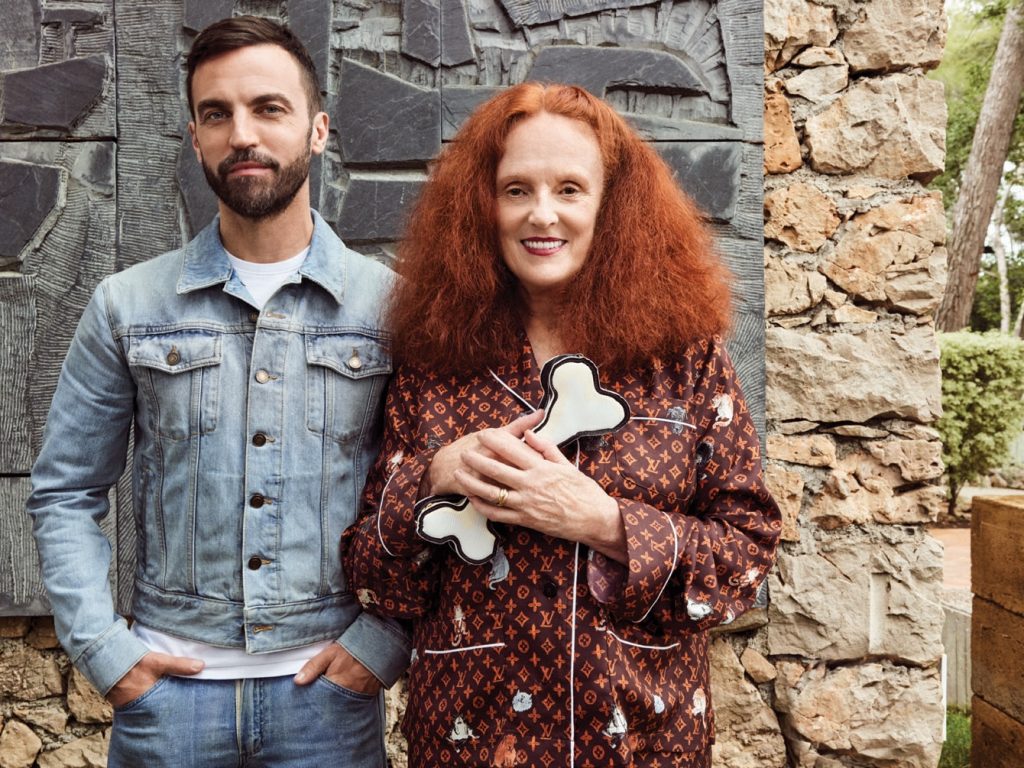 Pamela Rosalind Grace Coddington is a Welsh former model and the creative director at large of American Vogue magazine. Coddington is known for the creation of large, complex and dramatic photoshoots. A Guardian profile wrote that she “has produced some of fashion’s most memorable imagery. Her pictures might be jolly and decadent or moody and mysterious.

Coddington was born 20 April 1941 on the island of Anglesey, Wales, to hotelier parents. Coddington lived many miles away from any designer shops, so Vogue was her only connection to the fashion world.Her interest in fashion began in her teens, when she would anxiously await the arrival of a current issue of Vogue magazine, which was at least three months outdated because she needed to order it on “rush-copy.”

She raised her nephew Tristan, since the age of 8, after the death of her sister Rosemary.

In 1986, she moved to New York to work for Calvin Klein.She has since then lived with her partner, hair stylist Didier Malige, and several cats.

Coddington was married in 1968 to Michael Chow, a restaurateur. They divorced a year later.She later married the photographer Willie Christie. They divorced in 1980.

Around the age of 17, there was a Vogue model competition, and someone submitted her pictures. She ended up winning the Young Model section. She then began her modelling career for Vogue, featured in the magazine’s “young ideas” section. However, a car accident at the age of 26 cut Coddington’s modelling career short. It left her with head injuries and a removed eyelid, which was later reconstructed through plastic surgery.

But since Coddington worked in front of the camera at a time when models were responsible for their own hair, makeup and accessories, her ability to improve a shoot by styling herself was such that British Vogue editor Beatrix Miller offered her a job as a junior fashion editor at the publication two years after the car accident.

Coddington immediately excelled in working her way up the ranks at British Vogue to the position of senior fashion editor in 1976. In 1987 Coddington left Vogue to become design director at Calvin Klein . However, Anna Wintour, on her first day as editor-in-chief of American Vogue, brought her back to the magazine world as the magazine’s creative director.In 2002, Coddington, who loves cats, received a CFDA Lifetime Achievement Award — an honor she shared that year with Karl Lagerfeld.

Coddington came into the public eye in 2009 with the release of The September Issue, a fly-on-the-wall documentary about the making of the September 2007 issue of Vogue. She plays a prominent role in the film as she is heavily involved in the styling and production of the issue. In 2010, she announced plans to write a memoir with her collaborator Jay Fielden. The two had previously worked together on the 2002 photo book, Grace: Thirty Years of Fashion at Vogue.The book was reissued in by Phaidon in 2015. But after Jay took a job as the editor of Town & Country, Grace had to postpone writing the book until 2011, after she decided to write the book with Michael Roberts. The book deal is reported to be worth $1.2 million.Her memoir, Grace, was published in November 2012.In 2015, film production company A24 optioned the rights to Coddington’s memoir.

As of January 2016, Coddington announced that she would be exiting her role as creative director at Vogue to pursue other projects. She assumed a newly created role, creative-director-at-large and, for the first time since joining the publication in 1988, was permitted to work on external projects. It was announced on 9 May 2016 that Coddington would be working with Tiffany & Co.