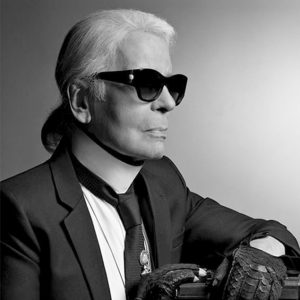 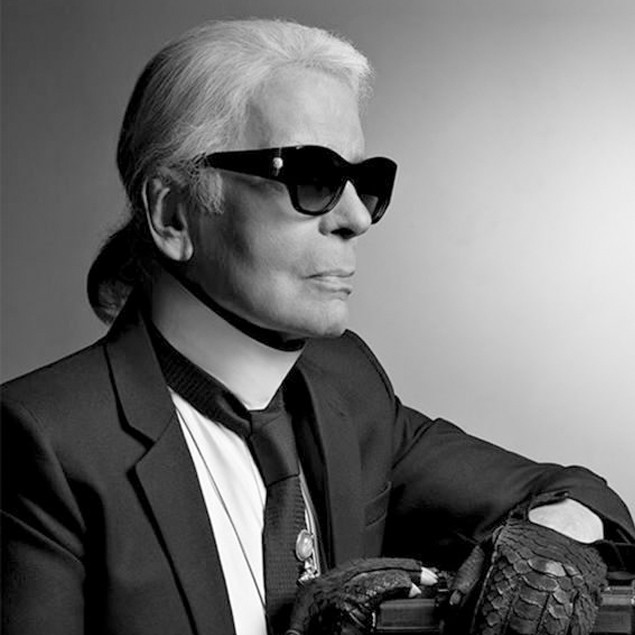 There’s a reason why Karl Otto Lagerfeld is looked up to as ‘Kaiser’. He was one of Fashion’s most decorated designers, legendary for his cutting-edge pop-cultural aesthetic injected with cultural, historical references. In addition to his eponymous label, he was creative director of Chanel and head designer of fur and ready-to-wear at Fendi. And, was celebrated for his personal style: white ponytail, white button- down shirt, starched detachable collars, black sunglasses and fingerless gloves!

Born on September 10, 1933 in Hamburg, Germany, his father Otto Lagerfeld made a fortune in condensed milk and his mother Elisabeth Bahlmann was an accomplished violinist. As a teenager, Lagerfeld showed keen interest in visual arts and fashion, and encouraged by his parents, made the decision to move to Paris. He had been there two years when he submitted sketches and fabric samples to a design competition and ended up winning International Wool Secretariat — Coat, sharing the stage with another winner Yves Saint Laurent, who would later become a close friend.

The recognition landed Karl Lagerfeld a job with Pierre Balmain, as assistant, and later apprentice, for three years. In 1958, he became Art Director, Jean Patou and designed several haute couture collections for the brand. In 1964, he studied art history in Rome and worked for Tiziano which designed Elizabeth Taylor’s film costumes and red carpet looks, but soon he was freelancing for Charles Jourdan, Chloé, Krizia and Valentino. In 1965, he was Head Designer of fur and ready-to-wear at Fendi and transformed the brand when he introduced the use of mole, rabbit and squirrel pelts into high fashion.

Lagerfeld also designed collections under his own label, which combines Parisian-inspired styles with rock-chic aesthetic. Despite his fame, neither his eponymous label nor the collections he designed for Fendi achieved the cult status of his work for Chanel. In 1983, Alain Wertheimer, co-owner of Chanel, hired Lagerfeld. As chief artistic director for over thirty- five years, he reinterpreted the tweed skirt-suit, little black dress, dual-toned footwear and quilted handbag, without ever forgetting what Coco Chanel stood for: independence, freedom and modernity. Under his baton, the interlocking C’s and pearls became a cult. And he transformed the house which was struggling after its founder’s death into a global powerhouse with reported annual sales of $9.6 billion in 2017. Further, he was legendary for conceiving lavish sets for the collections including a rocket ship, reproduction of Eiffel Tower and a giant iceberg Chanel shipped from Scandinavia for Fall 2010. He also pioneered the concept of traveling pre-season shows… showcasing in Versailles, Scotland, Dallas, Seoul and Havana. In recent years, Lagerfeld conceived Chanel Métiers d’art — shows that honour the craftsmanship of artisan collaborators whose work informs the spirit of the brand, including embroiderer Lesage, shoemaker Massaro, milliner Maison Michel, feather and flower expert Lemarié, pleater Lognon, grand flou atelier Paloma and goldsmith Goossens.

Karl Lagerfeld was one of the first couturiers to embrace the high-street. In 2000, he collaborated with Puma for a streetstyle capsule collection. Two years later, he designed a denim line for Lagerfeld Gallery with Renzo Rosso, founder, Diesel. It was presented during his show at Paris Fashion Week and sold at Lagerfeld Galleries in Paris and Monaco and at Diesel Denim Galleries in New York and Tokyo. In 2004, he was the first designer to collaborate with Swedish high street brand H&M, for a capsule collection.

Lagerfeld’s photography was as renowned as his design. In the Nineties, he diversified into a parallel career as a commercial photographer, and brought Chanel’s heritage to life through film and imagery, as he shot and creatively directed Chanel’s advertising. The other constant was his drawings, which have fetched thousands of dollars at auctions.

Lagerfeld was recognised for his white hair, black sunglasses, fingerless gloves and high, starched detachable collars. He had an eighteen-year relationship with French aristocrat Jacques de Bascher who died of AIDS in 1989. Following Lagerfeld’s death, it was reported that he would be cremated and ashes mixed with those of his late boyfriend, which he kept in an urn, or with those of his mother.

2014: Received his own Barbie Doll

2010: Bestowed with the Commander’s Cross of the Legion of Honor by French President Nicolas Sarkozy