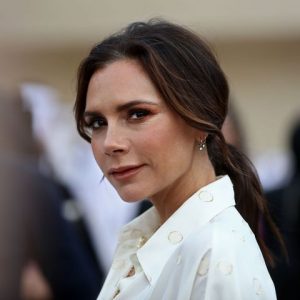 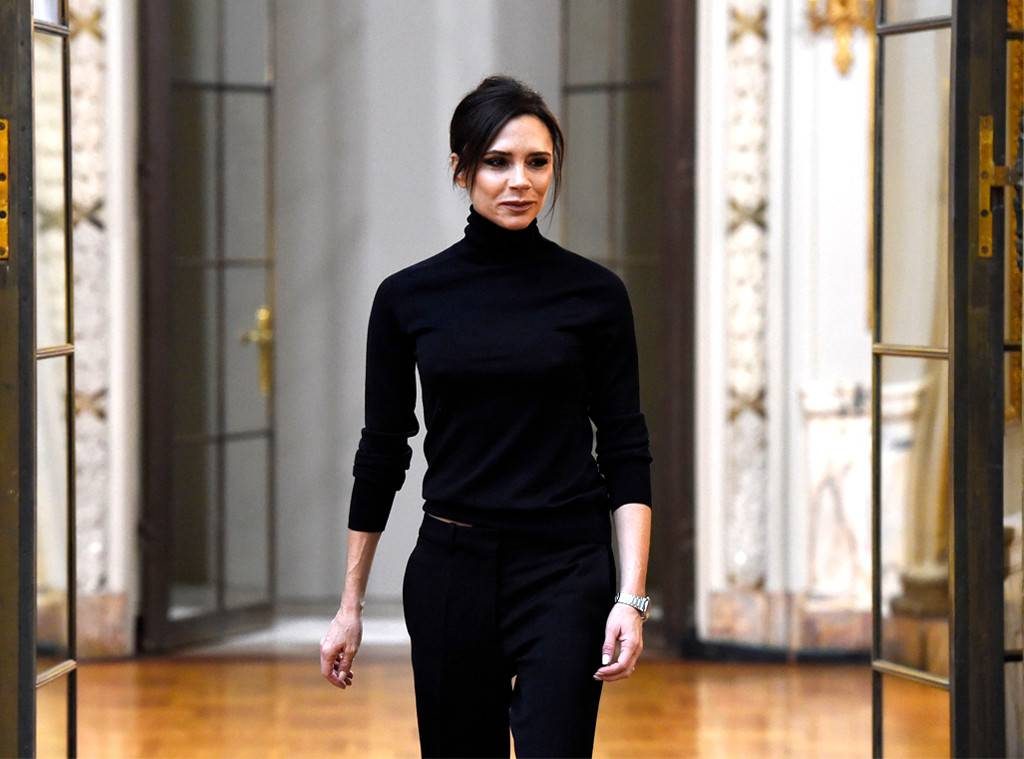 Victoria Caroline Beckham is an English businesswoman, fashion designer and singer. Victoria Beckham rose to fame in the 1990s as a member of the Spice Girls. She is also known for her successful fashion empire and her marriage to former soccer star David Beckham.

In the past decade, Beckham has become an internationally recognised style icon and fashion designer. Following high-profile collaborations with other brands, she launched an eponymous label in 2008, and a lower-priced (diffusion) label in 2011. The Victoria Beckham label was named designer brand of the year in the UK in 2011; in 2012 the brand was assessed as the star performer in the Beckham family’s business interests. Writing in the Daily Telegraph in 2011, Belinda White noted that the transition from WAG to fashion designer had been more successful than most had predicted, saying: “She has gathered a significant celebrity following and won over the scathing fashion pack who now clamour for a ticket to her bi-annual show at New York Fashion Week.” She is married to David Beckham, and they have four children. As of September 2015, the couple’s joint wealth is estimated at £508 million. 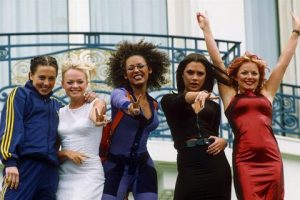 Victoria Adams was born on April 17, 1974, in Hertfordshire, England. Raised in an affluent family, Beckham started studying ballet at a young age. She pursued her interest in dance at the Laine Arts Theatre College in Surrey when she was 17. After three years there, Beckham moved to London to try to make it as a dancer. Her lucky break came when she answered a casting call seeking energetic and hard-working female performers in 1993. Out of the 400 women who applied, Beckham was chosen to become part of a new all-female pop music group.

Created by manager Chris Herbert, the band that would become known as the Spice Girls started rehearsing together. The final lineup came together by mid-1993 and included Melanie Brown, Melanie Chisholm, Geri Halliwell, Emma Bunton and Beckham. The group wanted more creative control and soon broke off with Herbert. They later signed with manager Brian Fuller and landed a contract with Virgin Records. The group’s “girl power” message attracted a substantial audience, especially young teenage girls.

In 2000 the Spice Girls released the album Forever, recorded after Halliwell had left the group. As the remaining members drifted apart to pursue other projects, Beckham went solo, releasing a self-titled album in 2001.

In 1997 Beckham met soccer star David Beckham, then with Manchester United. The two soon became one of Britain’s most popular couples, known in the tabloid as “Posh” and “Becks.” They became engaged in 1998 and welcomed their first child together, son Brooklyn, on March 4, 1999. That summer, the couple wed in a lavish ceremony at a castle in Ireland. The Beckhams have three other children: sons Romeo (born September 1, 2002) and Cruz (February 20, 2005) and daughter Harper (July 10, 2011). 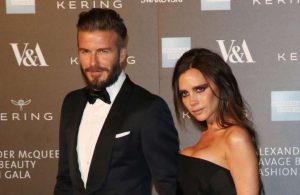 The Beckhams packed up for a move to Spain when David signed a lucrative deal to play for the Real Madrid club in 2003. Four years later it was on to America, where the well-known soccer star signed on to play for the L.A. Galaxy. The arrival of the Beckhams in Hollywood created quite a media frenzy. Beckham’s friend and neighbor, model and TV personality Heidi Klum, told Harper’s Bazaar: “Under all that glam and glitz is a really lovely person who is genuine, funny, sexy and such a great mother.

Beckham made a guest appearance on the catwalk for Maria Grachvogel on 17 February 2000, marking her debut as a model at London Fashion Week. Beckham also acted as a British ambassador for Dolce and Gabbana and was briefly the face of Rocawear in 2003. Beckham designed a limited-edition fashion line for Rock & Republic called VB Rocks in 2004, consisting mainly of jeans for the high end of the market, retailing at approximately $300 in the US.

On 16 January 2006, Beckham walked the runway for Roberto Cavalli at Milan Fashion Week, and was for a period exclusively dressed by him for red-carpet and social events. For the March 2006 issue of Harper’s Bazaar, Beckham acted as fashion editor when she styled her close friend, Katie Holmes, for a fashion shoot. She has admitted to a personal love of sunglasses, saying “I’m quite obsessed with sunglasses. I collect vintage Guccis and Carreras – they can make virtually any outfit look cool.” After Beckham’s departure from Rock & Republic, in September 2006, she furthered her fashion ventures by launching her own denim label, dvb Style. Beckham then launched a new official website, dvbstyle.com to promote her fashion work.

On 14 June 2007, Beckham launched dvb Denim collection in New York at Saks Fifth Avenue, along with unveiling her eyewear range in the United States for the first time. In the same month, Beckham made her first appearance at London’s annual Graduate Fashion Week as a judge alongside Glenda Bailey (editor-in-chief of Harper’s Bazaar) and Lanvin’s Alber Elbaz, to choose the winner of the River Island Gold Award, worth £20,000. In August 2007, Intimately Beckham perfume was launched into US stores, one of more than 20 perfumes she and David Beckham have introduced over the years. In September 2007 her cosmetics line V-Sculpt was launched in Tokyo. In a 2007 appearance at an LA Galaxy press conference, Beckham is credited with having popularised Roland Mouret’s ‘moon dress’ and his brand, and Beckham was also the face of Marc Jacobs for his Spring 2008 collection.

Beckham has graced countless fashion magazine covers during her career, including I-D in 2004 and W in 2007. Her first Vogue appearance was the April 2008 British edition. This was followed by Vogue India, Vogue Paris as well as the German, Russian, Australian, Turkish, Taiwanese, Chinese and Spanish editions. Beckham has also graced various international editions of Harper’s Bazaar and Elle.

On 17 July 2018, Victoria’s collection of her Reebok collaboration was launched.

Beckham’s eponymous label was launched in September 2008 in a low-key presentation. By 2011, it had grown into a fixture of New York Fashion Week and a lower-priced Victoria by Victoria Beckham label was introduced. In the first quarter of 2011-12, it was predicted to generate annual sales of more than £60 million. Known initially for its dresses, the range has expanded into separates and luxury handbags selling at up to £18,000. Alongside the main fashion line and diffusion range, the Victoria Beckham brand still includes separate denim, eyeware and fragrance lines. In November 2011, Victoria Beckham won Designer Brand of the Year at the British Fashion Awards.

In September 2012, Victoria Beckham was the most talked about designer on Twitter during New York Fashion Week, also acquiring 57,000 new followers during the shows according to research by The Whispr Group.

Writing in The Independent in February 2014, Alexander Fury described how Victoria Beckham had made the transition from novelty to respected designer, citing her recent guest editorship of French Vogue and forthcoming participation in a panel discussion with the dean of Parsons design school in New York. The article concluded that the brand’s sales were down to the appeal of the designs themselves, not the celebrity association.

In 2017, Beckham’s new collection for Target is including a wide range of sizes from XS to 3X for women. Beckham is also offering a new line for children’s wear.

In 2019, a spokesperson for the brand confirmed that the line would remain fur-free, and announced that as of the autumn/winter collection, it would also be free of any exotic skins.