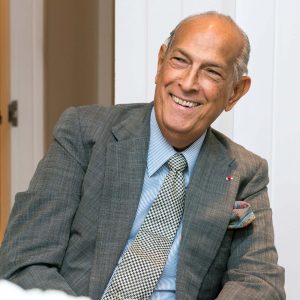 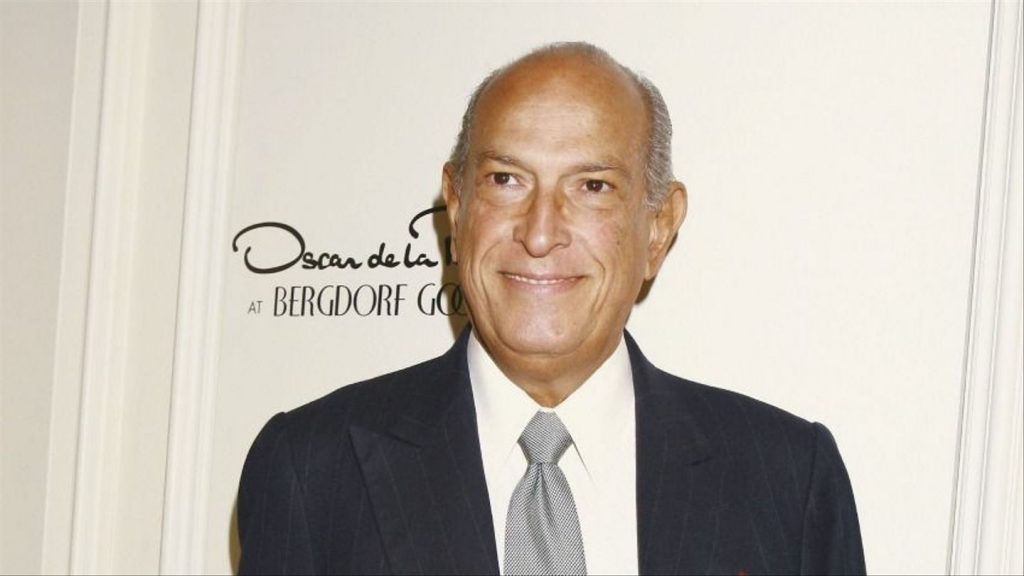 Oscar de la Renta, the Dominican couturier and ready-to-wear designer, whose designs stood at the forefront of American fashion for almost 50 years. He was famed for his couture-inspired ready-to-wear collections that have provided many a star dust moment on the international red carpets. Oscar De la Renta started out in 1965 when he launched his eponymous label before going on to develop a successful bridal, fragrance and homeware range that cemented his reputation as one of the most respected and successful designers in the fashion industry. His exquisite designs have been worn by everyone from Jacqueline Kennedy to Sarah Jessica Parker and Gisele Bundchen. His eponymous fashion house has boutiques around the world including in Harrods of London and Madison Avenue in New York.

Óscar Arístides Renta Fiallo,known professionally as Oscar de la Renta,was born on July 22, 1932 in the Dominican Republic capital city Santo Domingo. De la Renta, the youngest of seven children and the only boy in his family. He was born to a Dominican mother, Carmen María Antonia Fiallo, and a Puerto Rican father,Óscar Avelino De La Renta, owner of an insurance company. De la Renta was raised Catholic in a protective family.His mother died from complications of multiple sclerosis when he was 18.

At the tender age of 18, he travelled to Spain to study art at The Academy of San Fernando in Madrid. For extra money, he drew clothes for newspapers and fashion houses. After Francesca Lodge, the wife of John Davis Lodge, the U.S. Ambassador to Spain, saw some of his dress sketches, she commissioned de la Renta to design a gown for her daughter. The dress appeared on the cover of Life magazine that fall. The young artist landed a covetable apprenticeship with Cristóbal Balenciaga, Spain’s most revered couturier at the time.In 1961, de la Renta left Spain to join Antonio del Castillo as a couture assistant at Lanvin in Paris.

In 1963 he travelled to America and, under the mentorship of then editor-in-chief of Vogue Diana Vreeland, he secured a role at Elizabeth Arden designing haute-couture gowns for the label’s custom-made clothing line. It was during his tenure at Elizabeth Arden that the young designer gained valuable contacts and, in 1965, Oscar de la Renta the label was launched to widespread acclaim.

In 1977, De la Renta launched his fragrance, OSCAR,followed by an accessories line in 2001 and a homewares line in 2002. The new business venture included 100 home furnishings for Century Furniture featuring dining tables, upholstered chairs, and couches. In 2004, he added a less expensive line of clothing called O Oscar. De la Renta said he wanted to attract new customers whom he could not reach before.

In 2002, the inaugural Oscar de la Renta Home line was launched. Inspired by the designer’s homes in various parts of the world, the line has three distinctive themes; city, island, and country. In 2006, de la Renta designed Tortuga Bay, a boutique hotel at Puntacana Resort and Club. The hotel is part of the luxury hotel collection, The Leading Hotels of the World.

In 1967 he married Françoise de Langlade, an editor at French Vogue. The union made them one of the fashion industry’s most famous husband-and-wife partnerships.They were married until she died of cancer in 1983.After her death, de la Renta adopted a boy from the Dominican Republic and named him Moisés.

In 1989, six years after the death of his first wife, he married Annette Reed, a respected American publisher. He is survived by his wife, Annette, as well as his son, Moises de la Renta; his three step-children, Beatrice Reed, Charlie Reed and Eliza Bolen; three sisters, who all live in the Dominican Republic; and nine grandchildren.His son-in-law Alex Bolen currently operates as Chief Executive Officer, and stepdaughter Eliza Bolen serves as Vice President of Licensing at Oscar de la Renta, LLC.

Editor of American Vogue, Diana Vreeland told De la Renta “go to Arden because you will make your reputation faster. She is not a designer, so she will promote you. At the other place, you will always be eclipsed by the name of Dior.” De la Renta proceeded to work for Arden for two years in New York City before he went to work for Jane Derby, an American fashion house.When Derby died in August 1965, De la Renta began his own signature ready-to-wear label.The label was an immediate hit thanks to De la Renta’s use of colour, his vibrant prints and romantic rendering of Spanish and Caribbean silhouettes.

The success of his line led to the launch of Oscar,the label’s first fragrance. in 1977, as well as expansion into diffusion and bridal lines later in his career.The fragrance collection has since expanded to incorporate scents for both men and women and is sold in over 70 countries around the world. Between 1993 and 2002 De la Renta designed the haute couture collections for Balmain, becoming the first Dominican to design for a French couture house.

In 2006, the Oscar de la Renta label diversified into bridal wear. Sarah Jessica Parker’s Carrie Bradshaw famously wore one of his creations for her American Vogue photoshoot in the first Sex and the City film.Over the course of his career his designs proved exceptionally popular with American presidential ladies, including Nancy Reagan, Hillary Clinton and Laura Bush.

In 2013, Renta that coaxed John Galliano back into the studio to collaborate with him, following the troubled designer’s departure from Christian Dior. Galliano completed a temporary studio residency with the brand. In 2014, the George W. Bush Presidential Center hosted an exhibit entitled “Oscar de la Renta: Five Decades of Style” which shared the designer’s creations for Mrs. Bush and America’s First Ladies.On October 14 of that same year, the designer appointed Peter Copping as his successor at his eponymous label.

De la Renta held dual citizenship in the Dominican Republic and the United States. He was an Ambassador-at-Large of the Dominican Republic.Well-known for his charitable nature, he created La Casa del Niño, the orphanage and school that he built for the children of La Romana. Caring for 1,200 children on a daily basis, it provides schooling and day-care for newborns and children so their mothers can work. In return for this devotion, The Dominican Republic has honoured him with the Order of Juan Pablo Duarte and the Order Of Cristóbal Colón.

In February 2014, Oscar de la Renta recreated his entire Spring presentation, Designed for A Cure 2014 collection, to raise money for the Sylvester Comprehensive Cancer Center at the University of Miami Leonard M. Miller School of Medicine.

De la Renta served as a board member of the Metropolitan Opera, Carnegie Hall and WNET. He served on the boards of several charitable institutions such as New Yorkers for Children, the America’s Society. He was chairman of the Queen Sofía Spanish Institute.

February 1990: He was honored with the CFDA Lifetime Achievement Award.

2000: He received the Council of Fashion Designers Designer of the Year Award.

2007: De la Renta tied with Proenza Schouler for the CFDA Designer of the Year Award.

May 2013: He received an honorary degree from Hamilton College (New York)

2014:  de la Renta was the recipient of the Carnegie Hall Medal of Excellence.

2017: de la Renta was honored by the United States Postal Service with an eleven stamp series, featuring a black and white photo of him and ten details from his fashion designs.

King Juan Carlos of Spain bestowed de la Renta with two awards, the Gold Medal of Bellas Artes and the La Gran Cruz de la Orden del Mérito Civil.He was recognized by the French government with the Légion d’honneur as a Commandeur.