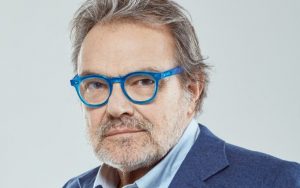 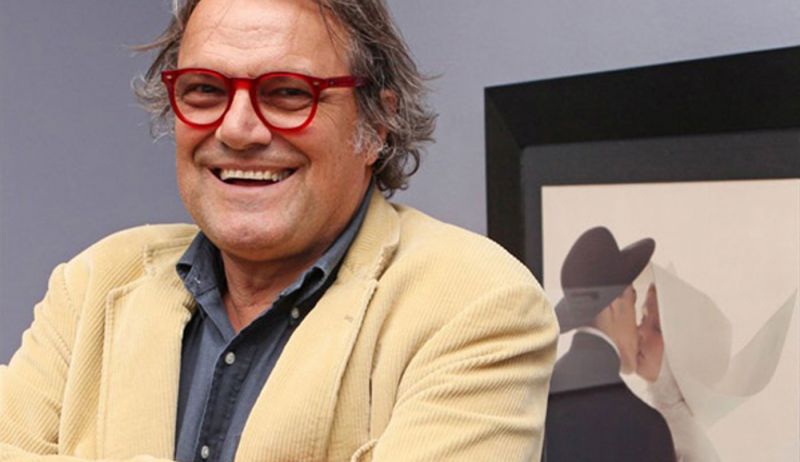 Oliviero Toscani is an Italian photographer, best-known worldwide for designing controversial advertising campaigns for Italian brand Benetton, from 1982 to 2000.

Oliviero Toscani was born in 1942, in Milan. He is the ingenious force behind some of the most successful brands and magazines of the world, such as Esprit, Chanel, Fiorucci, Benetton and more. He studied design and photography in Zurich from 1961 to 1965.

Many a times, eminent brands all around the world communicate controversial statements through their advertisements and promotional campaigns. Toscani is one such artist who makes it possible for these huge or elite companies to spread creativity yet taunt at some social, economic or political issue. Through his work, Oliviero Toscani has given insinuation to war, racism, capital punishment and religion. 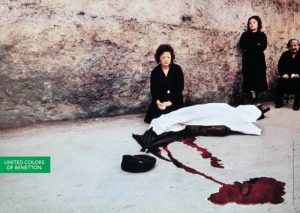 He is popular for his controversial commercial campaign designing for Benetton, an Italian brand between 1982 to 2000

He is popular for his controversial commercial campaign designing for Benetton, an Italian brand between 1982 to 2000. Most of the time, the ads had a controversial picture often with the logo of the company. Toscani built the company’s identity, image and communication approach in terms of promotion and advertisement.

In 1990, he made the first global magazine, Colors, with Tibor Kalman, an American graphic designer; and this trend gave ideas to many editorial projects.

In 1993, he founded Fabrica (an international center for research in the arts of contemporary communication) and commissioned Tadao Ando, a Japanese architect to design it. The center produced several editorial projects, including TV programs, books and exhibitions for MTV, RAI, La Republica, UNHCR, the United Nations.

Oliviero Toscani has written numerous communication books and has been teaching at two Universities. He was the creative director in New York at Talk Miramax. His work has been exhibited at the Triennale of Milan, Biennale of Venice, San Paolo, Mexico, Rome and other places.

In 2005, he made yet another controversial advertising campaign for Ra-Re, men’s fashion brand. The ad depicted gay men and their homosexual conducts. This angered some groups like Movimento Italiano Genitori, a Catholic parents’ alliance and they felt the ads were offensive and vulgar.

In September 2007, Toscani created a fresh campaign wit Isabelle Caro as a model, against anorexia. The picture portrayed the woman has too thin, naked and skeleton being visible under the skin.

What is unique about such advertisements by Oliviero Toscani and other creative photographers, is that there is no image of the product, yet things are made to be understood. In some advertisements, there is no hint about what is being sold. The same thing is presented in one of Toscani’s work for No.l.ita, an Italian apparel company.

According to Toscani, as much as it is important to promote a product or service, it is equally important for a company to demonstrate their social sensitivity and intelligence to a society. So, he began working using such issue as a reference and kept experimenting. The results suggested that this tactic became successful. Over the eighteen years of his work for Luciano Benetton, the company grew 20 times in size. Hence, whenever there is a possibility to use such creative angles, Oliviero Toscani is always up for it. For him, the most important part of an advertising campaign is the concept and the communication.

The only objective of art is to illustrate the conditions of humans through rationality and emotions. Toscani thinks that he inherited this great talent from his father, Fedele Toscani. Fedele was a photojournalist for Corriere della Sera, Italy’s well known daily newspaper. Thus, controversial photography is genetically transferred to him.