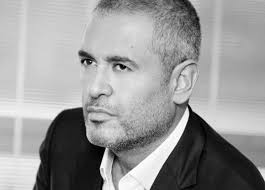 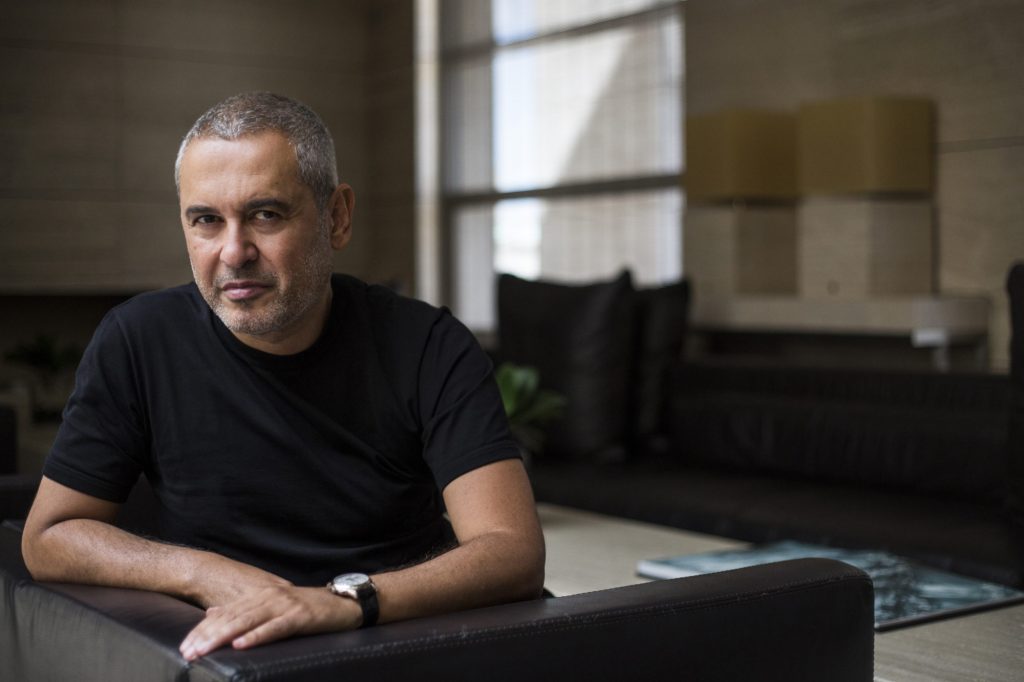 Elie Saab has dressed everyone from actresses to royals. His main workshop is in Lebanon, with additional workshops in Milan and Paris. He started his business in the early 1980s and specialized in bridal couture (expensive fabrics, lace, gemstones, Swarovski crystals, pearls, detailed embroidery, etc.).He is the first Arab to be admitted to the fashion industry’s governing body, Chambre Syndicale de la Haute Couture. Saab appeared as a judge on Project Runway: Middle East in 2016.

Elie Saab was born on 4 July 1964. He is the eldest son of Maronite Catholic parents who raised five children in Damour, a southern coastal Beirut suburb.Saab began teaching himself how to sew dressing his sister in scraps of fabric from their mother’s closet that he would sew together. In 1981, Saab moved to Paris to study fashion.

In 1997, Saab was the first non-Italian designer to become a member of the National Chamber of Italian Fashion.In 1999, one of his dresses thickly embroidered with emeralds and diamonds was reportedly sold for $2.4 million.In 1999, Queen Rania of Jordan wore Elie Saab for her enthronement.

Saab became more well known in the United States after he became the first Lebanese designer to dress an Oscar winner, Halle Berry, in 2002.The burgundy gown she wore by Saab was cited by Cosmopolitan magazine as one of the Best Oscar dresses of all time.Berry later wore another dress by Saab to the 2003 Oscars.

Saab, Tina Knowles, House of Deréon, Giorgio Armani, Versace, and Herve Leger served as the designers for the outfits of the 2007 The Beyoncé Experience tour.In 2010, Saab dressed 102 celebrities for events overall, up from 40 in 2009. The figure for 2011, up until March, was 88.In 2011, Madame Tussauds unveiled a wax statue of Kate Winslet draped in the Elie Saab dress she wore at 63rd Primetime Emmy Awards.

Countess Stéphanie and the Hereditary Grand Duke married in a civil ceremony married in 2012,where the bride wore a dress designed by Elie Saab.Princess Claire of Luxembourg also wore an Saab-designed dress on her wedding.First Lady of France Brigitte Macron wore an Elie Saab outfit of military coat and skinny trousers during a state visit to China.That same year, he worked with the Lebanese American University and London College of Fashion to launch a bachelor’s degree in fashion design.

He has been worn by Queen Rania of Jordan,Victoria, Crown Princess of Sweden,Princess Madeleine of Sweden, Princess Maria-Olympia of Greece and Stéphanie, Hereditary Grand Duchess of Luxembourg. Sandra Bullock wore Elie Saab at the 85th Academy Awards in 2013 and at the world premiere of the movie Ocean’s 8 in New York.In 2018, Rose Leslie wore a floral embroidered Elie Saab wedding dress when she wed her Game of Thrones co-star Kit Harington.

Kate Middleton wore an Elie Saab gown while attending the 2019 Royal Ascot with her husband, Prince William. This was the first time one of Saab’s gowns was worn by a British royal.In April 2019, Saab announced his expansion into interior design, designing luxury interiors for a gated beachfront property in Dubai, in partnership with the real estate company Emaar. It will also include boutique fashion stores, galleries and cafés featuring the Saab edit.

Saab and his wife Claudine live with their family in Lebanon, and together have three sons. The family also has property in Geneva and France.

In 1982, he dropped out to return to Beirut and open his fashion label,when he was 18 years old. Despite the civil war that broke out in Lebanon in 1975 that displaced many people, including Saab’s own family, he insisted on opening his dressmaking studio in his native country. He worked with a team of 15 employees.Saab’s evening wear quickly caught on, earning him fans from all over the world, particularly  brides-to-be. At first his atelier specialized in bridal couture, making wedding dresses and gowns using expensive fabrics, lace, detailed embroidery, pearls, crystals and silk threads. In Beirut his reputation grew from dressing women in his neighborhood, and was soon enhanced by high society women sporting his designs.In the following months, Saab debuted his first collection, which was instantly successful. His reputation grew, attracting high society women out of Beirut’s borders.

By 1990, Saab opened a bigger atelier to start taking orders from Paris and Switzerland. In 1997, he showed his first collection outside Lebanon in Rome. In 1998, he started his ready-to-wear line in Milan, as well as an accessories line. Later that year Elie Saab signed a contract with Beauté Prestige International for fragrance and cosmetics. During the same year, Saab held a fashion show in Monaco, with Princess Stéphanie of Monaco in attendance.

In May 2003, the Chambre Syndicale de la Haute Couture invited him to become a member,and he showed his first haute couture collection in Paris in July 2003.He teamed up with Pronovias to create a bridal line, Elie by Elie Saab.(Pronovias is a business headquartered in Barcelona that creates wedding and cocktail wear and dresses for sale.)His first ready-to-wear collection in Paris was the Spring-Summer 2006 collection.In 2011, Elie Saab launched his first fragrance Le Parfum.

As of 2013, the brand had boutiques located in Beirut, Dubai, Doha, Paris, London, Geneva, Hong Kong, Moscow, New York City, and Mexico, with 100 retail outlets total.Saab’s son, Elie Saab Jr, became brand director in 2013.Between 2015 and 2017, the Elie Saab company opened a second Paris boutique and a new location in London’s Mayfair, and in Manhattan. The Manhattan store that opened in October 2016 was his first in the country. In March 2017, his couture collections were available in Paris, London, and Beirut, while his ready-to-wear clothes were in 160 retailers and his own boutiques.Also that month, the Elie Saab company opened a new Madison Avenue store.

He became the first non-Italian designer to be accepted into the Camera Nazionale della Moda, the country’s governing body for Milan Fashion Week, where he debuted his ready-to-wear line. Saab’s company is now based in Paris. He splits his time between Lebanon, France, and Switzerland, with his wife Claudine.

Saab spearheaded the eponymous company’s growth trajectory through opening boutiques in the fashion metropoles, London, New York and Paris which offer his couture collections, while his ready-to-wear range and perfumes are sold in over 160 international locations, including stockists Net-a-porter, Matchesfashion, Mytheresa and Farfetch.