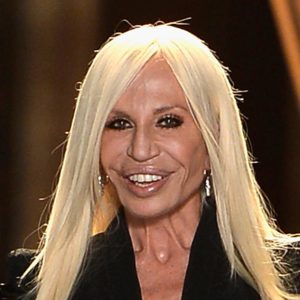 Donatella Versace is an Italian fashion designer and businesswoman 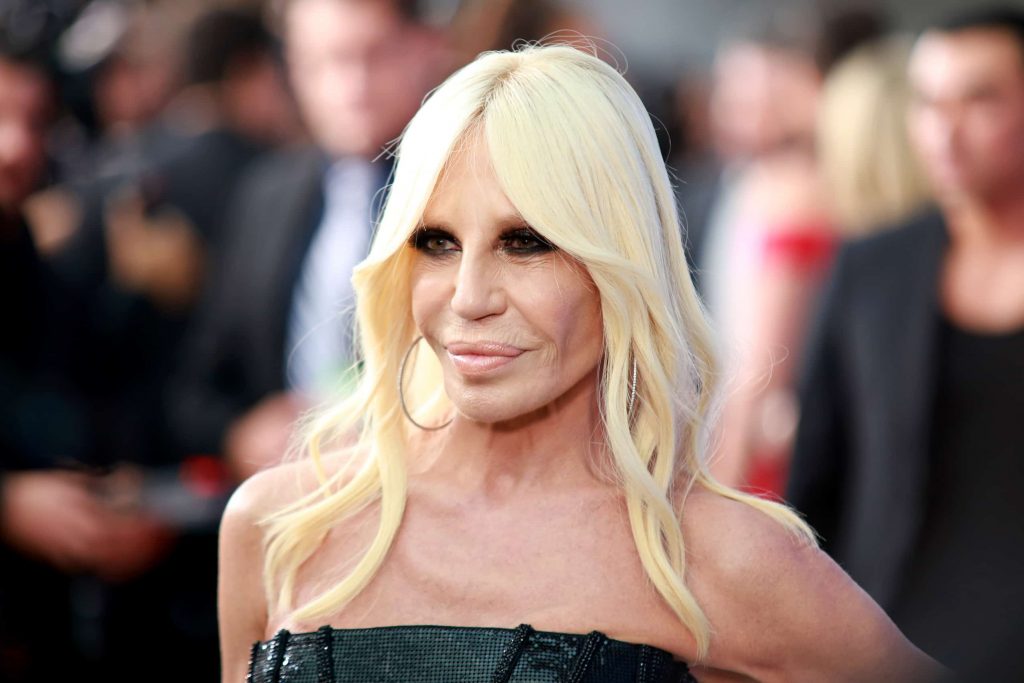 Having been at the helm of the Versace empire as artistic director since 1997, Donatella Versace has overseen the growth of the group’s luxury clothing lines alongside the expansion into accessories, home furnishings and hotels, creating a luxury lifestyle brand. As both artistic director and vice president of the board, she is responsible for the overall vision of the house, from its catwalk collections and image, to its global growth and future in the digital world.

Donatella Francesca Versace was born on 2 May 1955 in Reggio di Calabria, Southern Italy. Her father, Antonio, was a salesman and her mother, Francesca, was a dressmaker. She is the youngest of four children.Her older sister, Tina, died at the age of 12 from an improperly treated tetanus infection.Her brother, Santo Versace, inherited 30% of Versace upon Gianni’s death.

Donatella Versace grew up with two major fashion influences: her mother was a dressmaker and her older brother, Gianni Versace, was a budding designer.Versace began developing her trademark look as a teenager — dying her hair platinum blonde and using dark eyeliner. She was remarkably close to her older brother, Gianni, who would take her out with him at night and make outfits for her to wear. Donatella attended a university in Florence for a time, but she eventually reunited with Gianni to support his clothing business.

She went to work for her brother in the late 1970s, serving as his muse and adviser.Gianni employed his sister Donatella as Vice President, overseeing creative oversight, where she acted as a key consultant to Versace. Donatella Versace became the designer for the company’s Versus line in the 1980s. After her brother was murdered in 1997, she became artistic director of the Versace Group.

Versace married former model Paul Beck in 1986. The couple had two children together,daughter Allegra Versace Beck (born 30 June 1986), and son Daniel Versace (born 1989). before divorcing.As part of Gianni’s will, Donatella’s daughter Allegra was given 50 percent of the company’s stake. When she turned 18 in 2004, Allegra inherited her claim, an estimated $500 million. She currently serves as a company director and is also a theatrical dressmaker residing in New York City.

Her brother Gianni Versace was murdered on 15 July 1997, outside the re-constructed Casa Casuarina, also known as Versace Mansion, in Miami, Florida.In the aftermath of the highly publicized crime and manhunt, most of the Versace family, including Donatella, moved temporarily to a secluded private resort in the Caribbean.Known for her wild partying lifestyle, Versace battled drug addiction after her brother’s death. After struggling with cocaine addiction for many years, Versace sought treatment in 2004.

When Gianni started his own fashion company in Milan in 1978, Donatella was right there by his side.Through her closeness to her brother’s enterprises, she entered the fashion world. Their brother, Santo, was also a part of the business. Gianni relied on Donatella for her advice about his designs, and she played an important role in orchestrating many Versace fashion shows and advertising campaigns. She helped bring some rock ‘n’ roll spirit and celebrity cache to the line through her friendships with Madonna and Elizabeth Hurley.

In the 1980s, Gianni launched a perfume dedicated to her, Blonde, and gave her her own label, Versus, which Gianni formerly ran for her until his death.Versace also served as chief designer for the company’s Versus line. She learned even more about the business in the mid-1990s, when she took on a larger role while Gianni battled cancer.

On 18 July 1998,Ms Versace debuted her first collection for Atelier Spring/Summer 1998 on a see-through catwalk held over the swimming pool at the Ritz Hotel in Paris which resulted in instant acclaim from industry insiders.She built her runway over the hotel’s swimming pool, as her brother had done every season, though this time using sheer glass. She now oversees the production of a dozen collections each year.

Donatella has led the company’s design vision ever since, helping to reinvigorate its product lines over the years. In 2009, she brought in Christopher Kane to design for Versus and reinvent the brand, followed in 2012 by Jonathan Anderson , who designed a capsule collection for the label. In 2013, Versace announced that Anthony Vaccarello would be the latest designer to produce a capsule collection for the label. The success of this saw Vaccarello hired as Versus Versace’s permanent creative director and the line more than double its year-on-year revenues in 2014 — he departed in 2016.

Donatella has designed advertising campaigns for Versace that included Jennifer Lopez, Madonna, Courtney Love, Christina Aguilera, Jonathan Rhys Meyers, Demi Moore, Nicki Minaj, and Lady Gaga and made Beyoncé and January Jones the personae and images of Versace.Her popularity grew when she designed the Green Versace dress of Jennifer Lopez, also known as the “Jungle-Dress”, which was worn at the 42nd Grammy Awards in 2000

From October 2002 to January 2003, Gianni and Donatella’s best known Versace clothing was displayed in a special exhibit of the Victoria and Albert Museum in London.

2010:  Donatella’s charity work, which included providing art supplies to children and creating a tote bag with proceeds going to charity, earned her a Do Something With Style Award nomination from the VH1 Do Something Awards.

2017: Donatella was awarded the Fashion Icon of the Year award at the British Fashion Council’s The Fashion Awards.

2018: She became the first woman to be named as the Designer of the Year at the 2018 GQ Men of the Year Awards in the UK and in China.