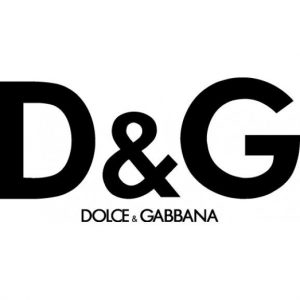 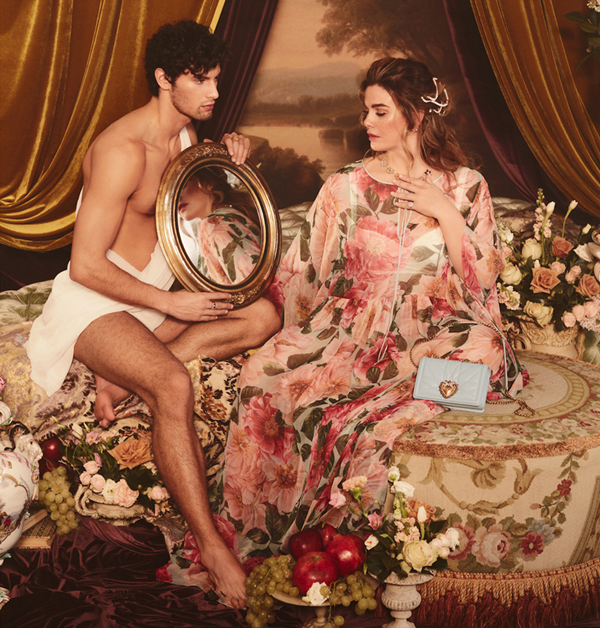 Luxury fashion house Dolce and Gabbana was founded in 1985 by Italian designers Domenico Dolce and Stefano Gabbana. Born in Palermo, Domenico honed his skills under his father who was a tailor and then shifted to Milan where he worked at a design studio. Milan- bred Stefano studied graphic design and planned to get into advertising, but unsatisfied with his career path, he turned to Fashion.

The duo initially got acquainted in a nightclub and then worked as assistants at the atelier of Giorgio Correggiari in Milan. In two years, they opened a design consulting studio which would evolve to become legendary brand, “Dolce and Gabbana”. The duo debuted womenswear in October 1985 alongside five new labels at Milan Fashion Week. Interestingly, since they did not have the required funds to hire runway models they requested friends to model for them and help out with their own accessories to complement the clothing. The showing was titled “Real Women”. It was not a fairytale debut. Sales were so disappointing Gabbana canceled fabric for their second collection. However, Dolce’s family helped out and coincidentally, the fabric company too had not received the cancellation on time so the fabric was ready!! With Lady Luck smiling on them, Dolce and Gabbana presented the next collection in 1986 and opened their first store.

In 1987 they launched knitwear and in two years, beachwear, lingerie and leotards. In 1988 they produced their ready-to-wear line in Dolce’s family-owned atelier, in Legnano, Milan. The first men’s collection appeared in 1990. In 1994 they launched the youthful D&G label inspired by street style. However, it was their fourth collection that made an impact on Italian fashion. The campaign shot in Sicily featured model Marpessa Hennink in black bustiers, skirt suits and sculpted bodices over skirts, with a backdrop of nuns, ornate crosses and barber shops The black palette was supplemented with a few strict white blouses and collars. The first incarnation of what was to become known as ‘The Sicilian Dress’ appeared in this collection—a modern interpretation of the black slip — described by Hal Rubenstein as, ”the essence of Dolce and Gabbana. It takes its cue from a slip—but it’s a slip that’s adorned Anna Magnani, and it’s a silhouette that has graced Sophia Loren. The straps fit tight to the body… the neckline runs straight across but gets waylaid at least twice, once on each side to caress each breast and in the middle to meet an uplifting tuck that’s giving a gentle push up. The slip doesn’t just slide down, but comes in at the waist to hold the figure firmly but not too tightly and then widens to emphasise the hips…”

Over the years, iconic pieces include corset dresses, crystal-encrusted bodysuits, sculpted midis, floral prints, cat-eyes, pearls and floral accessories. In 1989, Dolce and Gabbana opened a store in Japan in collaboration with Kashiyama and began exporting to the United States, where they opened a showroom the following year. In 1992, they presented a men’s line and debuted fragrances for which they were awarded “Oscar des Parfums” for Best Male Perfume from French Parfum Academy. During the Nineties, sales were reportedly $500 million. Moving forward, SS90 referenced the mythological painting of Raphael while FW91 was a rage due to the intricately embellished corsets. FW92 was inspired by Fifties’ cinema and the crystal embellished body suits were a sell-out. The same year, their men’s collection received Woolmark Award for ‘Most Innovative Men’s Collection of the Year.’

Dolce and Gabbana carved a niche on the international fashion map when Madonna wore a corset encrusted with gemstones and a jacket from Dolce and Gabbana at the New York premiere of ‘Truth Or Dare: In Bed With Madonna’. The duo partnered Madonna in 1993 to design costumes for her album tour. In an interview, Madonna stated, “Their clothes are sexy with a sense of humor—like me.” Elle wrote about them as, “From Madonna to Scarlett, from Linda to Gisele, Dolce and Gabbana have shaped the style of a generation of women. They invented the corset dress, they brought us sharply feminine suits with white shirts that automatically undid at your cleavage, they gave us statement coats and feminine floral prints…”

In 1995, their collection incited controversy with the British and Italian press, when they selected the American gangster motif as inspiration. Unfazed, Dolce and Gabbana continued to work with Madonna, designing costumes for her promotional tours She also appeared in Dolce Gabbana’s 2010 campaign. In 2003, the men’s line took its inspiration from iconic football stars. In 2002 the corsets that were a key part of Dolce and Gabbana’s design were reinterpreted by several designers which led to Dolce and Gabbana holding private viewings in order to sell their collections to pre-empt copying of their designs before they were sold. By 2005, the turnover was reported €597 million. The following year, the company began diversifying into accessories, leather goods and cosmetics — with Scarlett Johansson as the face of the advertising campaign.

In 2012, the duo strengthened their conglomerate by merging D&G with Dolce and Gabbana. Per New Yorker, “Dolce and Gabbana are becoming to the two-thousands what Prada was to the nineteen-nineties and Armani was to the nineteen-eighties.” As for awards, in 2003 GQ named Dolce and Gabbana “Men of the Year”. The following year readers of British Elle voted Dolce and Gabbana the best international designers at Elle Style Awards. Dolce and Gabbana celebrated the twentieth anniversary of their brand on 19 June 2010 at Piazza della la Scala and Palazzo Marino in Milan. Per Vogue, the duo explained, “If you want to speak to your audience, you need to talk about your experiences; your point of view, your life. Not just make twenty-five cool outfits. If you’re honest as a designer, you talk about your life. You don’t talk about twenty-five outfits with a stylist going, ‘Is this cool like this?’ No.”

Dolce and Gabbana continue to rule global fashion and their celebratory dresses for the A-list are in demand. Speaking of their recent collection, Vogue wrote, “No one looking at this collection would mistake the shirred minidress in a mashup of polka dots and florals or the bustiers and bra tops in checkerboard black and white for any label other than D&G. The designers command of their signatures is key to their success.”

To design, produce and distribute high-end clothing, leather goods, footwear and accessories under the Dolce & Gabbana brand, as well as manage, through its licensees, the production and distribution of the fragrances, make-up, eyewear, timepieces and jewellery.