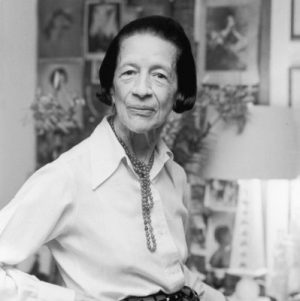 Diana Vreeland was a fashion columnist and editor 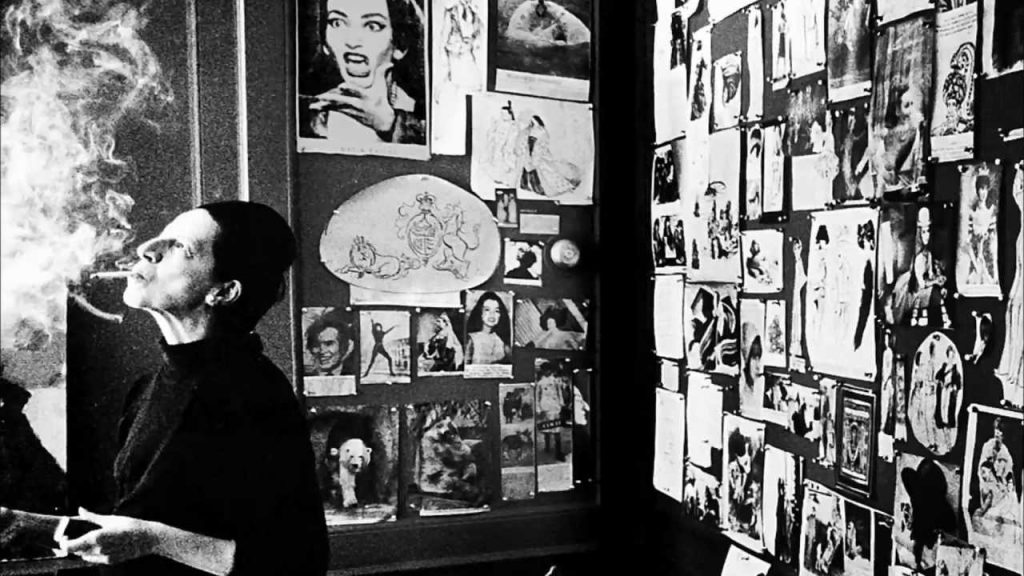 Diana Vreeland  worked for the fashion magazines Harper’s Bazaar and Vogue, being the editor-in-chief of the latter, and as a special consultant at the Costume Institute of the Metropolitan Museum of Art. She was named on the International Best Dressed List Hall of Fame in 1964.

Vreeland’s family emigrated to the United States at the outbreak of World War I, and moved to 15 East 77th Street in New York, where they became prominent figures in society. Her sister enrolled at the Brearley School. Alexandra stayed until her graduation, but Diana completed only three years.She studied dance instead, with Michel Fokine, the Russian ballet master and later with Louis Harvy Chalif. Vreeland performed in Anna Pavlova’s Gavotte at Carnegie Hall. In January 1922, Vreeland was featured in her future employer, Vogue, in a roundup of socialites and their cars.

On March 1, 1924, Diana Dalziel married Thomas Reed Vreeland (1899–1966), a banker and international financier, at St. Thomas’ Church in New York. She had two sons: Tim (Thomas Reed Vreeland, Jr.) born 1925, who became an architect as well as a professor of architecture at the University of New Mexico and then UCLA, and Frecky (Frederick Dalziel Vreeland) born 1927 (later U.S. ambassador to Morocco).

After their honeymoon, the Vreelands moved to Brewster, New York, and raised their two sons, staying there until 1929. They then moved to 17 Hanover Terrace, Regent’s Park, London, previously the home of Wilkie Collins and Edmund Gosse.In 1935, her husband’s job brought them back to New York, where they lived for the remainder of their lives.

On August 22nd 1989, at age 85 she died of a heart attack at Lenox Hill Hospital, on Manhattan’s Upper East Side in New York City.

During her time in London, Diana opened a lingerie boutique near Berkeley Square where Wallis Simpson, soon to be the Duchess of Windsor,and Mona Williams were clients. She often visited Paris, where she would buy her clothes, mostly from Coco Chanel, whom she had met in 1926. She was one of fifteen American women presented to King George V and Queen Mary at Buckingham Palace on May 18, 1933.

Carmel Snow, the editor of Harper’s Bazaar, was impressed with Vreeland’s clothing style and asked her to work at the magazine. Her publishing career then began in 1936 as columnist for Harper’s Bazaar.  Until her resignation, Diana Vreeland ran a column for Harper’s Bazaar called “Why Don’t You?”. She also worked closely with Louise Dahl-Wolfe, Richard Avedon, Nancy White,and Alexey Brodovitch.

Diana Vreeland “discovered” actress Lauren Bacall during World War II. The Harper’s Bazaar cover for March 1943 shows Lauren Bacall posing near a Red Cross office, based on Vreeland’s decision.Vreeland was noted for taking fashion seriously. Vreeland disliked the common approach to dressing that she saw in the United States in the 1940s. Diana Vreeland ultimately became Fashion Editor for the magazine.

In 1960, John F. Kennedy became president and Diana Vreeland advised the First Lady Jacqueline Kennedy in matters of style.Vreeland occasionally gave Mrs. Kennedy advice about clothing during her husband’s administration, and small advice about what to wear on Inauguration Day in 1961.

In spite of being extremely successful, Diana Vreeland was paid a relatively small salary by the Hearst Corporation, which owned Harper’s Bazaar. According to some sources, she was hurt that she was passed over for promotion at Harper’s Bazaar in 1957, so she joined Vogue in 1962. She was editor-in-chief from 1963 until 1971.

During her tenure at the magazine, she discovered the sixties “youthquake” star Edie Sedgwick.After she was fired from Vogue, she became consultant to the Costume Institute of the Metropolitan Museum of Art in New York in 1971. By 1984, according to Vreeland’s account, she had organized twelve exhibitions.  Artist Greer Lankton created a life-size portrait doll of Vreeland that is on display in the Costume Institute’s library. That same year, Vreeland wrote her autobiography, D.V.

The Diana Vreeland Estate is administered by Alexander Vreeland, Diana Vreeland’s grandson and Frederick’s son. This responsibility was given to him by Diana’s sons, Fredrick and Tim. The official Diana Vreeland website was launched in September 2011. Created and overseen by her estate, DianaVreeland.com is dedicated to her work and career, presenting her accomplishments and influence, and revealing how and why she achieved her notoriety and distinction. A biographical documentary of Vreeland, The Eye has to Travel, debuted in September 2012 at the Angelika Theater in New York City.