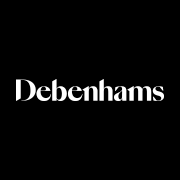 Reclaim the joy of shopping 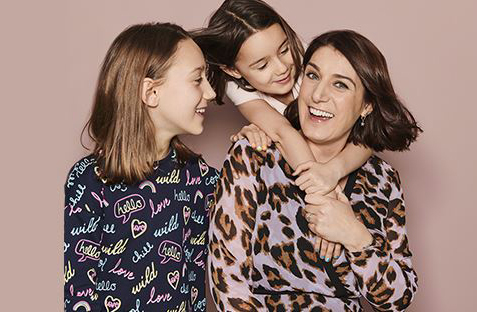 Debenhams traces its history back to 1778 when William Clark opened a drapers store at 44 Wigmore Street, London retailing expensive fabrics, bonnets, gloves and parasols. In 1813, William Debenham invested in the firm which was then renamed Clark and Debenham.

As the business became profitable, the partners opened stores in Cheltenham and Harrogate. In 1837, Clark retired and Debenham partnered his trusted staff, William Pooley and John Smith, trading as Debenham, Pooley and Smith. By 1840, the management of the Cheltenham store was given to Debenham’s brother-in-law Clement Freebody. In 1843, another branch opened in Harrogate. Pooley and Smith retired in 1851 when Debenham partnered his son, William, and Clement Freebody, trading as Debenham, Son and Freebody. In 1876 when Freebody retired, a new partnership, Debenham and Hewitt, was established owing to a collaboration with George Hewitt. By 1883, Hewitt was sole owner of the Cheltenham store, with Frank and William Debenham managing the London store as a separate entity. The company was incorporated as Debenhams Limited in 1905 and a new headquarters opened in Wigmore Street three years later.

The Debenhams group grew from the acquisition of department stores in towns and cities throughout the UK, under the leadership of Chairman Ernest Debenham. In 1919, the company acquired Marshall and Snellgrove and the following year, Harvey Nichols. Seven years later, the company purchased Drapery Trust and then got listed on London Stock Exchange. In 1976, Debenhams acquired Browns of Chester. The business diversified during the Seventies, acquiring supermarket group Cater Brothers. However, business declined and in 1979 the chain was sold to Allied Suppliers. Debenhams was in the news for all the wrong reasons when it was targeted during the Eighties by Animal Liberation Front for sale of animal furs. As a result, the company stopped selling clothes with animal furs.

In 1985, the company was acquired by the Burton Group and in 1997 the first international franchise store opened in Bahrain. However Debenhams de-merged from the Burton Group in January 1998 and was once again listed as a separate company on London Stock Exchange until 2003 when it was purchased by Baroness Retail Ltd. Debenhams returned to London Stock Exchange again in May 2006. In September 2007, the company acquired nine stores from Roches in the Republic of Ireland followed by Danish department store group Magasin Du Nord for reported £12.3 million, two years later.

In April 2019, Debenhams plc entered administration and delisted. The operating businesses, under Debenhams Group Holdings Ltd, were acquired by a consortium of lenders, Celine UK NewCo 1 Ltd. Debenhams gained access to reported £200m of funding and embarked on a restructuring plan. On 1 December 2020, Debenhams announced it was going into liquidation. On 13 January 2021, it announced closure of six stores in England due to the pandemic. Sadly, on 25 January 2021, Boohoo acquired Debenhams for reported £55m.

We give our customers around the world a unique, differentiated and exclusive mix of own brands, International brands and concessions.