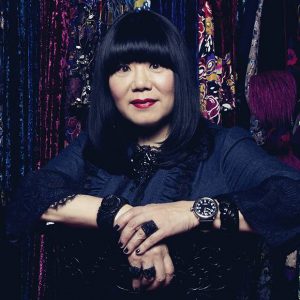 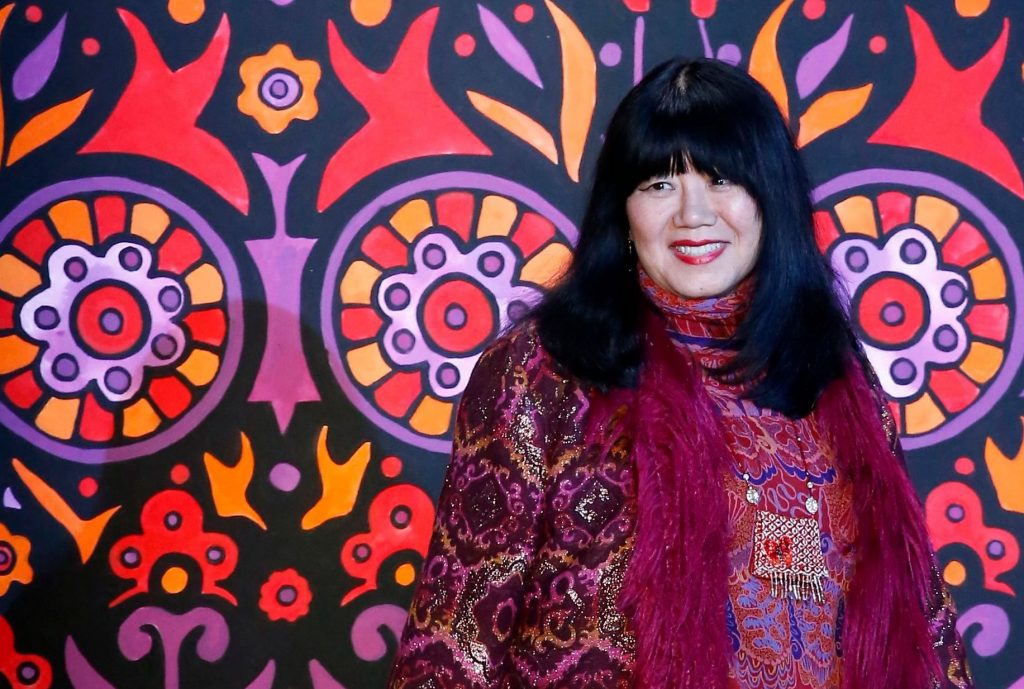 Anna Sui is a fashion designer and perfumer, who is much celebrated in the history of fashion. Born in 1964 in Michigan, she is known for her enduring designs and her skill for developing collections with cultural and historical references.

After finishing her second year at Parsons, Sui was hired by Erica Elias’ juniors clothing label Charlie’s Girls,where she learned by designing for sportswear labels and doing styling on the photography shoots of friend and former Parson’s classmate Steven Meisel. Sui’s work as a stylist for Meisel’s shoots featured in the Italian magazine Lei specifically were very well received.

After the closing of Charlie’s Girls, Sui worked for several other sportswear designers including Bobbie Brooks and Simultanee.During this time, she began designing and making clothes out of her apartment.Sui stated that she was inspired to branch out on her own by a desire to dress rock stars and people who attended their concerts.Indeed, during this period, the majority of her personal business was focused on targeting sales to music stores. While working for the sportswear company Glenora, she brought her collection of five pieces to a New York trade show, and caught the attention of New York department stores Bloomingdale’s and Macy’s. A few weeks later, those clothes were featured in an advertisement in The New York Times.The manager at Glenora, where Sui was still on the payroll, was furious when he saw the advertisement in The Times and fired her on the spot. Left without a job, Sui took her $300 in savings and started a business out of a little corner of the living room in her apartment.For several years Sui ran the company out of her apartment, doing odd-jobs for spare income and reinvesting every penny of earnings into her business.

The 1980s was the height of “power-dressing”, with companies such as Chanel, Lacroix and Versace setting the standard. Sui struggled to stand up next to the big-name fashion houses. Sui was one of the few designers of the period who distanced herself from the traditional fashion houses and explored the grunge fashion scene together with designers such as Marc Jacobs, Daryl K and Todd Oldham. Around 1987, Sui got the opportunity to move her line into Annette B, a showroom curated by Annette Breindel. Breindel, who had a history of nurturing young designers, was a major influence for Sui and helped the designer emerge onto the fashion scene. During this period, Sui finally was able to move her operation out of her apartment and into the garment district. By the late 1980s, Sui had gained a global cult-like following, getting the attention of Japanese fashion powerhouses such as Onward Kashiyama. Sui would go on to majorly expand Japanese operations in the mid 90s.

In 1991, Meisel, Paul Cavaco and Sui’s supermodel friends, Naomi Campbell, Christy Turlington and Linda Evangelista, got together and encouraged her to try a runway show.Sui rented a small space in the Meatpacking District and paid the models by giving them the clothes.

At Paris Fashion Week in 1991, Sui received one of the first major breakthroughs of her career. Sui was driving with her friend Steven Meisel to see the Jean Paul Gaultier show. On the way to the show, they stopped to pick up Madonna, a friend of Meisel’s. Madonna surprised Sui by wearing her clothing to the event.

Sui was known for her light-hearted,homemade and entertaining approach to showcasing her collections.Her influences came from shows by designers such as Thierry Mugler and Jean Paul Gaultier where one of the goals was to charm the audience. The atmosphere often had a distinct party vibe and the antics of guests and participants were described as a distinct cultural scene of the period.

The designer opened her first retail location in 1992 at 113 Greene Street in New York City. The flagship store was known for its red floors, antique black furniture, signature dolly head mannequins and its purple walls which Sui painted herself.

In 1993, the Anna Sui Corporation opened a store in Hollywood at La Brea Avenue expanding coverage and controlling North American distribution. The same year, Sui introduced menswear into her runway collections with Mick Jagger later appearing on Saturday Night Live in one of the designer’s suits.