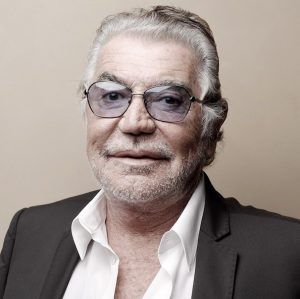 Roberto Cavalli is an Italian fashion designer and inventor 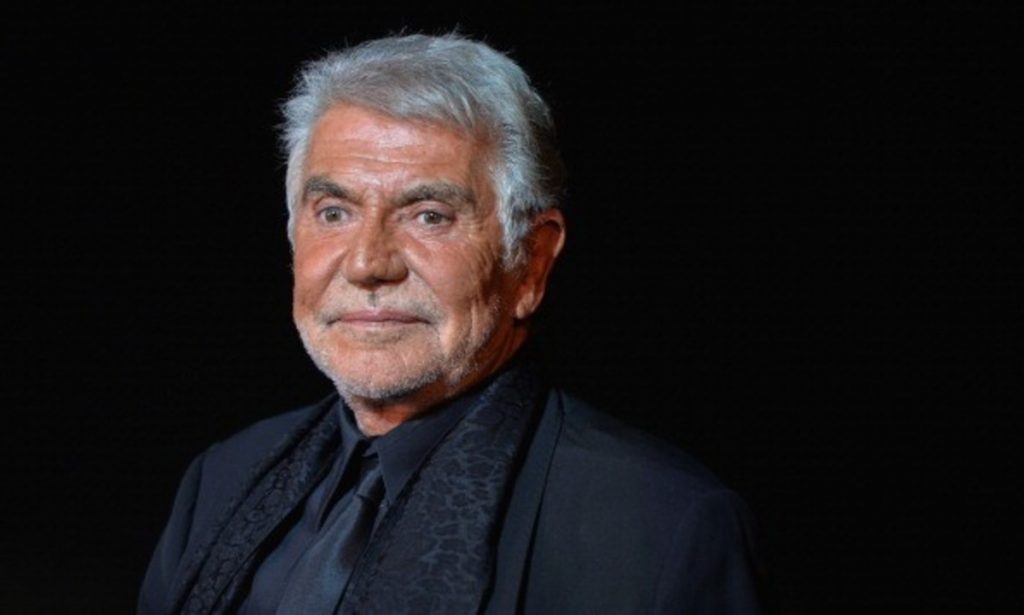 Roberto is a designer of both substance and style, as he has made cutting-edge developments in textile technology throughout his career. He is known for exotic prints and for creating the sand-blasted look for jeans. The high-end Italian fashion house Roberto Cavalli sells luxury clothing, perfume and leather accessories. His extravagant Tuscan estate (complete with pools and a vineyard), stable of racehorses (the jockeys wear leopard-print Cavalli silks) and a vast collection of toys (Ferraris, a helicopter and a 138-foot, iridescent purple yacht), ensures that he is the embodiment of the extravagance that he sells.

Roberto Cavalli was born on November 15 1940 in Florence,Tuscany. His grandfather, Giuseppe Rossi, was a member of the Macchiaioli Movement, whose work is exhibited in the Uffizi Gallery. His mother was also a seamstress. While studying at the Academy of Art in Florence in 1957, Cavalli decided not to become an artist, instead experimenting by applying painterly techniques to textiles in ways that had not been practised before.

While still a student, he made a series of flower prints on knit that caught the attention of major Italian hosiery factories.In the early 1970s, he invented and patented a printing procedure on leather, and started creating patchworks of different materials. He debuted these techniques in Paris, immediately getting commissions from the likes of Hermès and Pierre Cardin.

On June 18, 2013, he was awarded an Honorary Master Diploma in Fashion Management from Domus Academy in Milan, during a ceremony after which he held a lectio magistralis.

In 1964, Roberto married his first wife Silvanella Giannoni. After 10 years, Silvanella and Roberto divorced in 1974.In 1980, Roberto Cavalli married Eva Düringer, a former Miss Austria and first runner-up of the Miss Universe 1977 pageant.Eva became creative director of the Roberto Cavalli collection and the couple had worked together since.

Cavalli has five children: Tommaso and Christiana from his first marriage, and Robert, Rachele, and Daniele from his second marriage.

At age 30, he presented his first namesake collection at the Salon for Prêt-à-Porter in Paris. He brought it to the catwalks of the Sala Bianca of Palazzo Pitti in Florence, and later on those of Milano Collezioni, jeans made of printed denim, intarsia leathers, brocade and wild prints. He opened his first boutique in 1972 in Saint-Tropez, foreseeing the potential of the fishing village as a desirable destination for the fashion elite.

Applying artistic techniques to denim, he presented his first printed jeans in 1988, showed the first sand-blasted jeans in his autumn/winter 1994 collection, and worked with Lycra to invent stretch jeans in 1995. By December of the same year, he had opened boutiques in Saint Barth, in the French Caribbean, followed by others in Venice and Saint-Tropez. Besides the main line, which is sold in over fifty countries worldwide.

In 2002, Cavalli opened his first café-store in Florence, revamping it with his signature animal prints. This was shortly followed by the opening in Milan of the Just Cavalli café at Torre Branca and another boutique on Via della Spiga.In December 2004 Cavalli sponsored ‘Wild: Fashion Untamed’ at the Metropolitan Museum of Art’s Costume Institute in New York, an exhibition that examined the human fascination with animal skins, and animal references in clothing throughout history.

For its first re-design in 25 years, Playboy called on Cavalli to vamp up its famous bunny costumes in June 2005. Set in a snakeskin-covered bottle, Roberto Cavalli Vodka was launched in September 2005. Followed by wines, restaurants and members’ clubs, these brand expansions confirmed Cavalli as the go-to designer for an elite lifestyle. The designer collaborate with some of the music industry’s leading female artists in 2007. Christina Aguilera and Jennifer Lopez both asked the designer to create costumes for major concerts, while the Spice Girls wore a custom-made Cavalli wardrobe for their global reunion tour.

Another opportunity to collaborate presented itself in July 2008, as the house of Cavalli designed a limited edition Diet Coke bottle. In 2009 Cavalli appeared on The Martha Stewart Show and spoke for the first time about a desire to succeed in the photography world.That November, Cavalli launched his first high-street collection for H&M.Cavalli celebrated 40 years of business in 2010. The company was named the number one women’s fashion label on the Luxury Brand Status Index, released a celebratory coffee-table book and held an extravagant Parisian party attended by Heidi Klum, Kylie Minogue, Naomi Campbell and Taylor Swift.In March 2012 Cheryl Cole became Cavalli’s latest celebrity muse, wearing a custom-made outfit for a performance on UK television show The Voice.The launch of Cavalli’s second high-street line  for Australian Target in October 2012.

Despite growth in sales, in 2014 Cavalli’s namesake brand started posting annual losses, primarily due to poor debt provision.As of January 2014, Cavalli returned to the role of men’s creative director from his son, Daniele Cavalli, starting with the 2014 fall collection, appointing Martyn Bal as his right hand man. Also, on 24 January 2014, Gianluca Brozzetti (CEO) and Carlo Di Biagio (COO) announced they were leaving the fashion brand.In May 2014, Cavalli approached Investcorp, an investment firm in the Persian Gulf, as a potential buyer of a stake in his fashion brand.The family went on to sell a 90 percent stake in the company to Clessidra, an investor focused on Italian businesses in 2015.

On March 29, 2019,The company filed for chapter 11 bankruptcy and later that year it was bought by Dubai-based real estate developer Vision Investment Co. LLC, which had an existing relationship with the brand thanks to a project of Cavalli-designed luxury villas hotel in the Middle-Eastern capital launched in 2017 and slated to be finished by 2020.  Roberto Cavalli closed its US stores and is preparing to liquidate its North American operations.