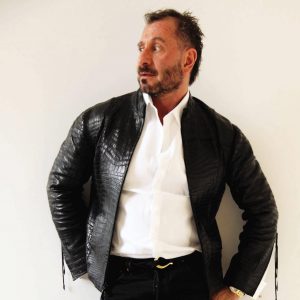 Ralph Rucci is an American fashion designer and artist 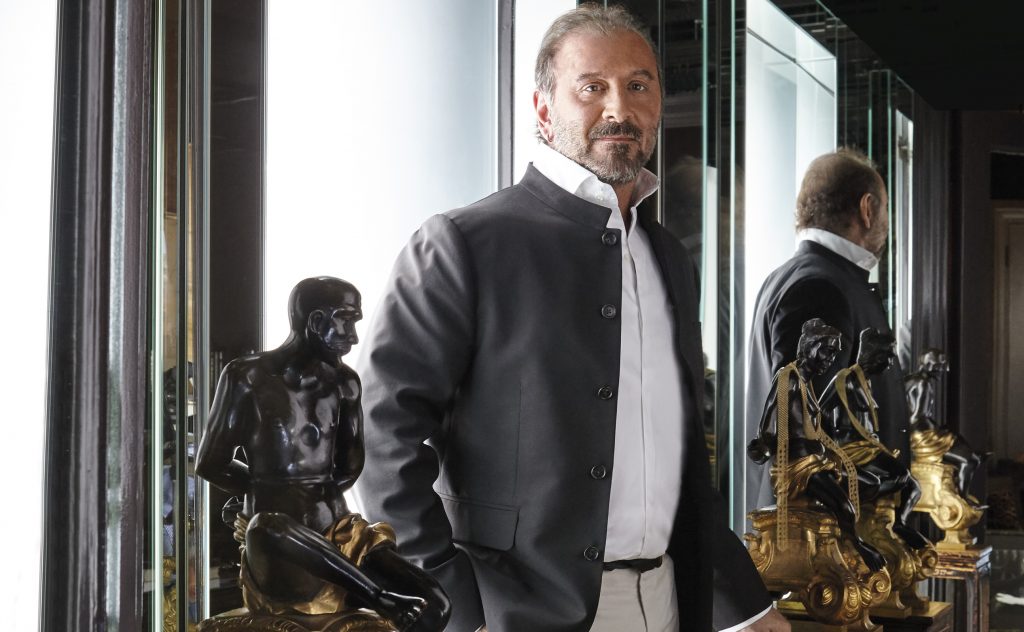 Ralph Rucci is known in particular for Chado Ralph Rucci, a luxury clothing and accessories line.Rucci’s clothing designs have appeared in a number of major exhibitions, and he has won some significant fashion-industry awards. He is the subject of a recent documentary, and he and his clothing have received positive critical response in the fashion press.

Ralph Rucci was born and raised in Philadelphia in 1957. An artistic child, he later studied Philosophy and Literature at Temple University. In New York, he attended The Fashion Institute of Technology at the age of 21.He later trained under Halston and a Balenciaga patternmaker.

From the beginning of his career, Rucci was inspired by the style of such fashion icons as Elsa Peretti (for her “biomorphic nature”) and Pauline de Rothschild (for “creating harmony out of disorder”).Rucci’s influences also include the painters Cy Twombly, Franz Kline, Antoni Tàpies and Francis Bacon, sculptor Louise Nevelson, Japanese symbolism, and the designer James Galanos. Rucci’s “individual mind” has been praised, as well as his “distinct point of view,” as The New York Times noted in a review on a 2007 Rucci exhibition at the Fashion Institute of Technology.

He had his first formal show at New York’s Westbury Hotel in 1981.In September of that year, he showed his first collection—made to order in essence. He showed formally at the old Westbury Hotel on Madison Avenue. In 1987, his business succumbed to the worst crash in American economic markets since the Great Depression in 1929. Rucci launched the Chado Ralph Rucci line in 1994, “chado” coming from the Japanese tea ceremony noted for its attention to detail, exactitude, sense of austere style, and expertise on the part of the practitioner.

He began showing at New York Fashion Week in 1999.His international breakthrough finally came in 2002 when the Chambre Syndicale de la Haute Couture Française invited him, as the only American in history, to show a Couture collection in Paris as part of the official calendar.He showed Haute Couture in Paris for five seasons. He returned in 2007 to show a Ready-to-Wear collection for the international market.

Rucci is also a painter, who has exhibited in art galleries throughout the U.S.His paintings, exhibited at the Serge Sorokko Gallery in San Francisco in December, 2012.

In 2007, fashion historian Valerie Steele wrote The Art of Weightlessness, an illustrated monograph published by the Yale University Press on the occasion of Rucci’s exhibition at the FIT Museum.In 2008, the documentary Ralph Rucci: A Designer and His House, narrated by Martha Stewart, premiered on the Sundance Channel.In 2011, Rucci was inducted into the Fashion Group International Walk of Fame. In December 2011, Bauer and Dean published Autobiography of a Fashion Designer: Ralph Rucci, with photographs by Baldomero Fernandez.

Rucci’s gowns are included in the permanent collections of the Victoria and Albert Museum in London, the Costume Institute of the Metropolitan Museum of Art in New York, DeYoung Museum in San Francisco, the Philadelphia Museum of Art, the Phoenix Art Museum, the Los Angeles Museum of Contemporary Art, and the Texas Fashion Collection in Denton, Texas, among others.

In 2011, Rucci received the great honor of being inducted into the Fashion Group International Walk of Fame. His plaque sits on the south east corner of 39th and Seventh Avenue, right before Halston and James Galanos, set within the sidewalk for all time.

2005: The Star Award from the Fashion Group International of New York.

2006: The Artistry of Fashion Award from The Couture Council of The Museum at FIT.

2008: A Doctor of Philosophy degree honoris causa from the San Francisco Academy of Art University.

2011: The first Visionary Award for Fashion from the Philadelphia International Festival of the Arts.