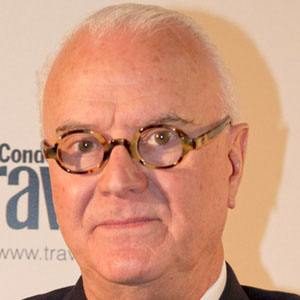 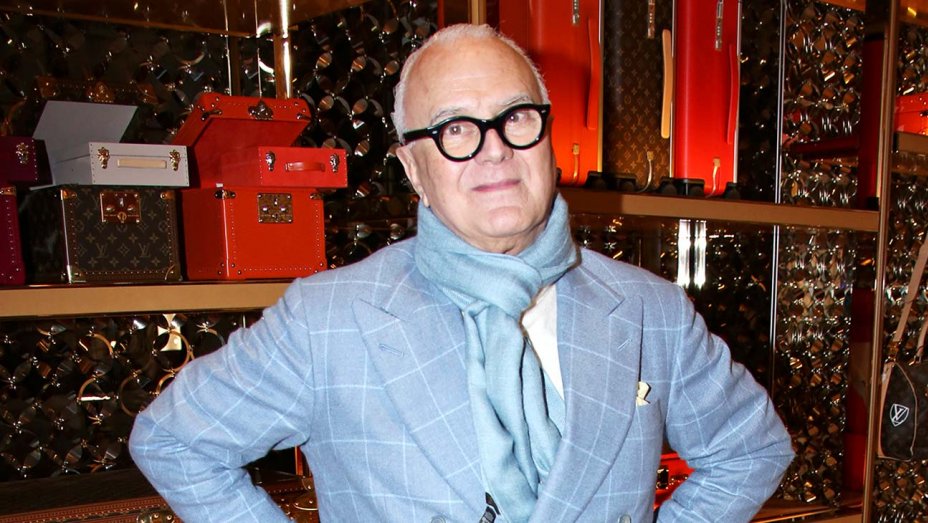 Born Manuel Blahnik Rodríguez in Santa Cruz de La Palma in the Canary Islands from a Czech father and a Spanish mother, Manolo Blahnik was raised at a family banana plantation with no neighbours around. He was home-schooled. The family often travelled to Paris and Madrid. Manolo liked to read fashion magazines to which his mother was a subscriber, and he gained early experience in shoes by watching his mother make her own pairs of lace and ribbons.

Later, his family moved to Switzerland, where he studied law at the University of Geneva. “My parents wanted me to become a diplomat,” he says. Then he went on to study art in Paris at the National School of Fine Arts and at the École du Louvre to become a theatre designer. “I wanted to be a scenographer” He then arrived in London in 1970 and found his first job in a shop, then became a photographer for The Sunday Times.

During a vacation in New York in 1971, with the support of his friend Paloma Picasso and photographer Eric Boman, his portfolio of drawings was noticed by the editor of American Vogue, Diana Vreeland, who encouraged Blahnik to make shoes. Back in London, he began designing shoes for a boutique named Zapata in Chelsea on Old Church Street. In 1972, he became critically acclaimed by making his first shoe collection for one of his friends, Swinging London figure, Ossie Clark.

Manuel Blahnik Rodríguez opened his own shop in 1973 with his sister, buying Zapata for £ 2,000. This is when he first achieved success.

In 1978, he arrived on the American market by launching a collection for Bloomingdale’s. The following year, he opened a boutique in New York on Madison Avenue. Sales in the United States really grew when he became a partner of George Malkemus in 1982: he dealt with sales for America. Manolo Blahnik and his sister retained the responsibility for Europe.

For years, he made shoes for several fashion and luxury brands: Calvin Klein (1984), Isaac Mizrahi (1988), John Galliano (1992), Oscar de la Renta (1994). He is publicly supported by such personalities as Anna Wintour or Madonna.

He opened a shop in Hong Kong in 1991, then in Korea and Dubai a few years later.

His shoes, sold mostly in shops bearing the name of the stylist, sell from $ 500 to $ 2,500. They are very often provided with stiletto heels measuring 10 cm and decorated with pearls and ribbons, but never platforms. As he himself says, he remains “very old game” and draws more timeless models than modern.

In 2001, he received the Gold Medal for Fine Arts Merit by the Spanish Ministry of Education, Culture and Sports. He then said that “so many people have tried to buy my business […] Big investors, I’m afraid”.

Sex and the City

The television series and the films “Sex and the City” often mention his shoes, which the creator now regrets: “If people talk to me about Sex and the City, it makes me sick. Now, even taxi drivers recognize me. It’s too much and it makes me uncomfortable. I never wanted to be a celebrity. Yet Carrie Bradshaw’s phrase “take my bag, my jewels and my watch, but not my Manolo” became popular. Besides, the fictional character only copied Sarah Jessica Parker’s real addiction to the shoes of this creator. For Sex and the City 2, it is Christian Louboutin, another luxury shoe, that appeared on the poster.

Beyoncé cited Manolo Blahnik (as well as Jimmy Choo) in the remix of In da Club: “I’m the chick with the hot ish, Manolo Blahnik, Jimmy Choo kicks, killin ‘it, who you with? ”

Lady Gaga mentioned Manolo Blahnik (but also Jimmy Choo and Stuart Weitzman (in) in 2009 in her Fashion title published in the album of the film Confessions of a Shopaholic: “Shit, I love those Monolos”.

In the movie, The Devil Wears Prada, the artistic director of the publication, Nigel, mentions shoes Manolo Blahnik when he does a fashion makeover of the main character, played by Anne Hathaway.

He made a capsule collection in 2016 with Rihanna, entirely made of denim.

Manolo Blahnik collects his own shoes; he has a collection of 25,000 pairs.