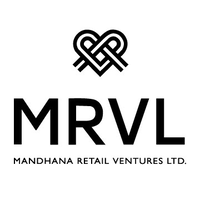 Mandhana Retail Industries, the Demerged Company is a textiles company that had entered into global exclusive Brand License Agreement with “Being Human – The Salman Khan Foundation” on December 23, 2010 effective from January 1, 2011 to use trademark & logo of “Being Human” for all clothes range/clothing lines. The company operates more than 550 point-of-sales internationally, including India, Nepal, Mauritius Middle East and France. 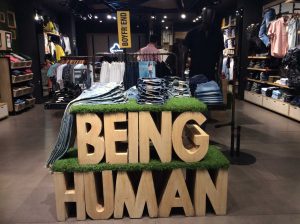 Post-approval of Scheme, MIL and The Salman Khan Foundation accepted to terminate the earlier Brand License Agreement via the Termination Agreement dated August 24, 2016 and concurrently entered into a global exclusive Trademark License Agreement on the even date to design, manufacture, retail and distribute men’s wear, women’s wear and accessories under “Being Human” trademark until March 31, 2020.

They believe the uniqueness of the brand ethos is the strong mixture of fashion, charity and the well-known personality figure. Due to this uniqueness, the brand “Being Human” stands out globally and differentiates itself amongst the clutter of fashionable brands.

The brand is focused on providing an unusual shopping experience to the customer, taking into account the shop location, the demographic profile of purchasers of that area and the store size.

Since Mandhana Retail Industries started working with Being Human Clothing business, the latter has been awarded by industry platforms for their contribution to the retail apparel brand industry, elevated consumer experience and service levels.

Mr. Priyavrat P. Mandhana, aged 27 years, is commerce graduate from Mumbai University and possesses more than 4 years of experience and exposure in MIL. Mr. Priyavrat Mandhana has also completed ‘Masters of Innovation and Entrepreneurship’ from University of Warwick, United Kingdom. He assists in looking after the overall affairs of our Company, especially textiles segment and has also played a vital role in assisting in strategizing and monitoring retail business of the Company.

Ms. Sangeeta M. Mandhana, aged 46, is commerce graduate from Calcutta University. She has also done International Montessori course from London Montessori Centre, Calcutta and was into teaching profession for few years. With her aptitude for designing apparels and outfits which she eventually turned into her expertise, currently she is heading Design Department of Golden Seams Industries Private Limited as Vice-President – Design from July, 2011. Ms. Sangeeta Mandhana is also accomplished teacher in Meditation techniques.

Mr. Sachin S. Jaju, aged 39 years is a commerce graduate and has a Masters in Accounts from the R.A.Poddar College, Mumbai. He has a Masters in Marketing from N.M.I.M.S, Vile Parle. He has hands on experience of 18 years in business. In 2001, he forged the group’s entity into health and personal care segment with the vision of a finely balanced customer portfolio to offer continued & consistent growth. With a vision to bring another growth booster, in 2005 he maneuvered a dealership agreement with Dystar to import and market its products in India.

Mr. Pradip V. Dubhashi, aged 68 years, was appointed as Chairman & Non-Executive & Independent Director on their Board on October 07, 2016. He has a BE in Electrical Engineering from CoEP (Pune) and a post graduate diploma in management from XLRI School of Management (Jamshedpur). He has spent 44 years in Development Banking, Industry and Strategy Consulting. He has been associated with the State Industrial and Investment Corporation of Maharashtra (SICOM), a premier development bank of its time; Mahindra Group for a span of almost 15 years in different capacities; Later he piloted a group company named Siroplast Ltd.

Mr. Ramnath Pradeep, aged 65 years, was appointed as Non-Executive & Independent Director on their Board on October 07, 2016. Mr, Ramnath Pradeep is a post graduate in Economics and Law. He has served the banking industry for more than 37 years in various positions. He retired as Chairman & Managing Director, Corporation Bank. Earlier he served as Executive Director of Central Bank of India and was appointed as Legal Adviser to ONGC LTD. The Government of India appointed him as Chief Vigilance Officer in State Bank of India in rank of DMD and Bank of India. He had also been on the Boards of IILFS, Cent Bank Financial Services ltd, Cent Bank Home Finance Ltd, Corp Bank Security ltd, Indian Institute of Banking and Finance Ltd, Zen Advisors Pvt. Ltd.

Mr. Kiran C. Vaidya, aged 55 years, was appointed as Non-Executive & Independent Director on their Board on October 07, 2016. He is a commerce graduate from Bangalore University. He was a rank holder and a Gold Medalist. He is also an associate member of Institute of Cost and Works Accountants of India. He has over 35 years of experience in various industries in the fields of Finance, accounts, costing, budgeting, project finance, working capital management, equity raising through IPO, QIP and private equity, mergers and acquisition, general overall business Management and strategic planning. His last assignment was with JBF Industries Ltd. as Group President and CFO.