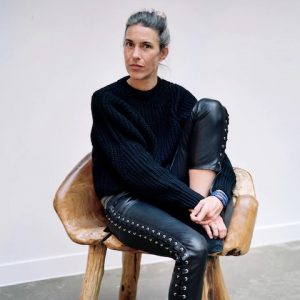 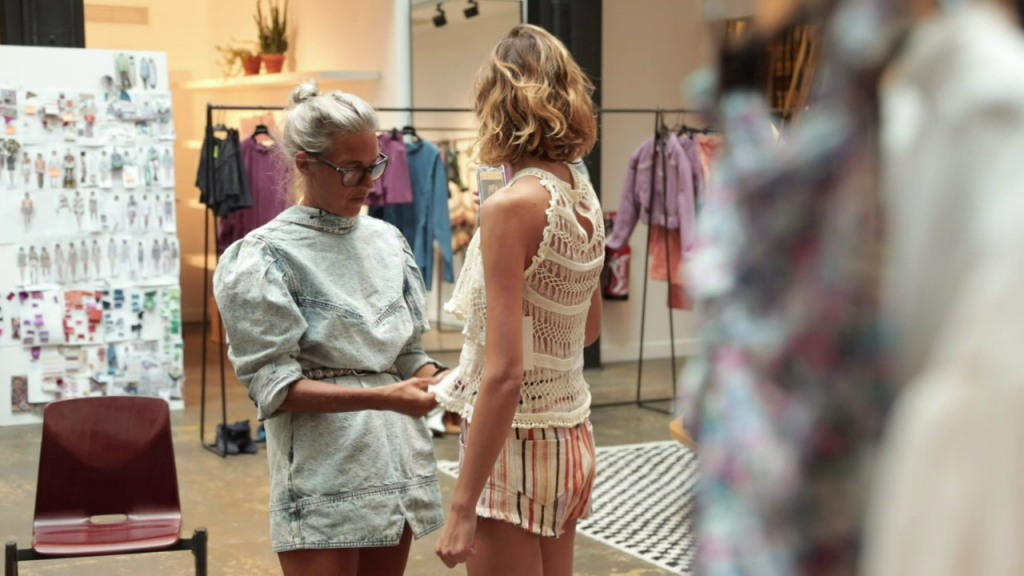 Isabel Marant is a French fashion designer and the brains  behind the eponymous fashion brand- Isabel Marant. One of the most celebrated designers of her generation, she has won several accolades in recognition of her work which includes Contemporary Designer of the Year at Elle Style awards in 2014. Her collaboration with H&M was so popular that it crashed their website. Her patrons include the likes of Alexa Chung, Katie Holmes, Victoria Beckham, Kate Moss, Sienna Miller, Kate Bosworth and Rachel Weisz.

Isabel Marant was born on April 12, 1967 in Boulogne-Billancourt to a French father and a German mother. Her parents separated when she was six and Marant went on to live with her father who remarried. Marant always aspired to become a veterinarian as a child. She was raised in a very fashion-savvy Parisian suburb Neuilly-sur-Seine where she used to refuse wearing dresses to school and carried alternative outfits in plastic bags. She had a haircut like Patti Smith and used to wear customised menswear.

At age 15, she asked her father to buy her a sewing machine and started making outfits using discarded clothing and fabric. Very soon her friends would ask her to design their clothes. This was where her obsession with fashion began. She took up babysitting in order to save up and be able to afford something from Vivienne Westwood’s Paris shop. Between 16 and 18 Marant dated Christophe Lemaire, the creative director of Hermes and his own line. They began designing clothes together under the brand Allee Simple and dropped it off to a Le Depot shop in Paris where they would get paid when clothes were sold. The success made her reconsider her plans to study economics and instead go to study fashion at Studio Bercot, a Paris Fashion college.

Marant is married to designer Jerome Dreyfuss, their son Tal was born in 2003. The family lives in Belleville, a suburb of Paris. They spend their weekends in a countryside cabin with no electricity or hot water in Fontainebleau which is 50 km from Paris.

After finishing her studies, Marant started working with Parisian designer, Michel Klhein. She then collaborated with Bridget Yorke, working on two collections. After that she assisted art director Marc Ascoli on numerous projects for Chloe, Martine Sitbon and Yohji Yamamoto. However, Marant found it difficult to work for other houses and she soon set out to discover her own path. In 1989, she took the first big leap to do exactly that through the launch of her own jewellery label and then in 1990, she collaborated with her mother and launched a knitwear label “Twen”.

After experiencing early success, she launched her own eponymous- Isabel Marant in 1994. The following year, she displayed her first collection at Paris Fashion Week with her friends as models. Her talent was instantly recognised and that was further cemented when she won her first Award de la Mode in 1997 followed by the Whirlpool Award for best female designer in 1998. Since its inception, her brand has experienced a 30% increase in sales each year.

She took yet another big step forward in 1998 when she opened her first shop on Rue Charonne in eastern Paris. The same year, she started collaborating with French mail catalogue brand La Redoute creating guest collections for it. She followed that up by opening a new line in Japan called I*M. In 1999 Marant debuted a diffusion line, Étoile by Isabel Marant, at the Paris ready-to-wear shows, and the next year introduced the first full Étoile collection. Etoile was intended to be more affordable and casual than the signature brand. The second shop was opened in Saint-Germain-des-Prés in 1999, followed by the third in the Marais in 2007, and the fourth in the 16th arrondissement in 2012

In 2004, Marant started a children’s wear line and a pop-up boutique in Paris’ Printemps department store. In 2006, she worked with Anthropolgie on a collection. She opened a boutique in Hong Kong the same year and then made her way to the USA where she opened a boutique in New York. According to her managing director, her estimated wholesale revenues in 2011 reached 66 million Euros which was an increase of 44% from 2010.

In 2012, Marant won the Fashion Designer of the Year at British Glamour’s Women of the Year Awards. Her next big venture came in 2013 when she started collaborating with H&M on their new high street chain. The line sold out in about 45 minutes online and nearly caused their website to crash. Marant had heaps of praise for H&M stating her appreciation on how they put emphasis on the DNA of designers. Her work with H&M was described as a “combination of androgynous chic and bohemian nonchalance. In 2014, she was named Contemporary Designer of the Year at the Elle Style Awards in 2014. As of 2019, her company has 13 shops worldwide in cities such as Paris, Rome, New York, Tokyo, Hong Kong, Seoul, Los Angeles, Beijing, Madrid, Beirut and London and has retailers in over 35 countries.

Elle Contemporary Designer of the year (2014)