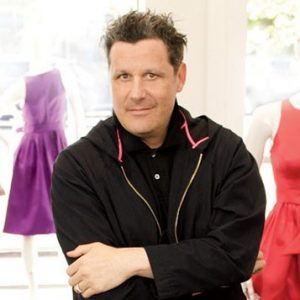 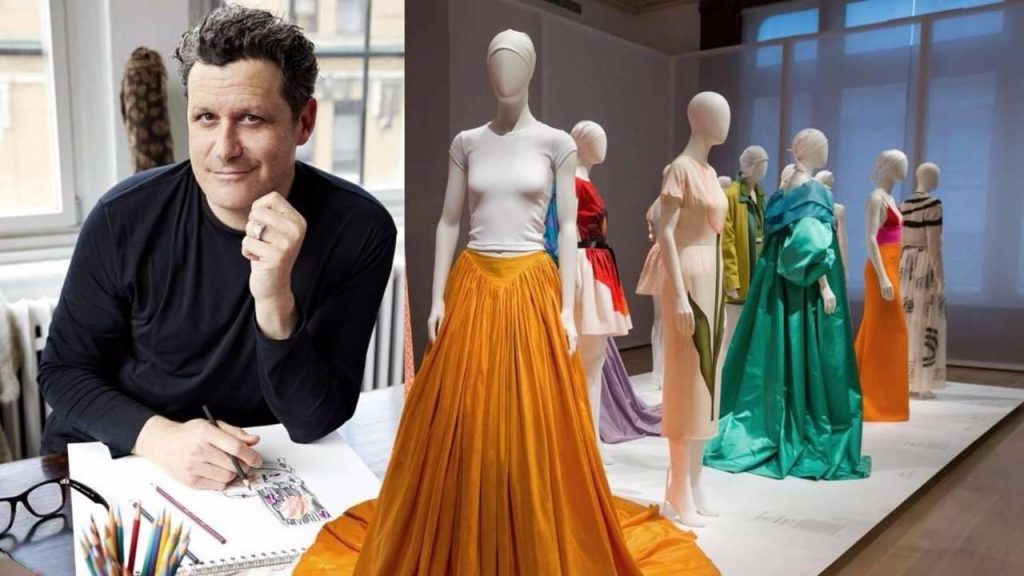 Isaac Mizrahi is best known for his eponymous fashion lines and being Chief Designer of the Isaac Mizrahi brand for Xcel Brands. Mizrahi currently serves as a judge on Project Runway: All Stars.Isaac Mizrahi has been a leader in the fashion industry for 30 years— not merely for his work as a designer but also for his crossover presence into pop culture. He was the subject and co-creator of Unzipped, a documentary following the making of his Fall 1994 collection, which received an award at the Sundance Film Festival.The Isaac Mizrahi brand is the epitome of iconic American fashion and stands for timeless, cosmopolitan style.

Mizrahi was born October 14, 1961 in Brooklyn to an observant Syrian-Jewish family. He was the son of Sarah, a homemaker, and Zeke Mizrahi, who worked in the clothing business.He grew up as the youngest boy of his family in Midwood.His father gave him a sewing machine at the age of ten. He attended Yeshivah of Flatbush, High School of Performing Arts, and the Parsons School of Design.

Mizrahi has worked as the costume designer for three Broadway revivals, including two plays (The Women (2001) and Barefoot in the Park (2006)), and one operetta (Threepenny Opera (2006)). For his work on The Women, Mizrahi won the 2002 Drama Desk Award for Outstanding Costume Design.In 2006, Mizrahi designed the Smithsonian American Art Museum and the National Portrait Gallery’s conservators’ denim work aprons. He was also the costume designer for the Metropolitan Opera production of Orfeo ed Euridice (2008), directed by Mark Morris. Mizrahi has been a longtime collaborator with Morris in a partnership dating from 1997, when Mizrahi created costumes for a Morris film project with Yo-Yo Ma, Falling Down Stairs, from Ma’s Inspired By Bach series.

Mizrahi designed Claiborne for only one year, 2009. Although advertising campaigns for his Claiborne work—featuring Mizrahi and women of all sizes, races, and ages—were found in major fashion magazines, the line was a disaster almost from launch. The clothes and accessories were very difficult to find, as only a few minor department stores, which were not found in major cities, carried Claiborne clothes. In December 2009, the Liz Claiborne website was closed and rumors abounded that the company was bankrupt and in serious debt. As of fall 2010, Liz Claiborne clothes were sold at J.C. Penney and were not designed by Mizrahi.

He made a series of comic books called Isaac Mizrahi Presents the Adventures of Sandee the Supermodel, published by Simon & Schuster.In 2008 he published How to Have Style. In 2010, he designed the sets and costumes and directed Stephen Sondheim’s A Little Night Music for Opera Theatre of St. Louis.It has been announced that in 2014, he will design and direct Mozart’s The Magic Flute for Opera Theatre of St. Louis.In 2013 Johnson & Johnson released a series of Band-Aid adhesive bandages with an Isaac Mizrahi theme. Three years later, the Jewish Museum in New York City created a museum exhibition on Isaac Mizrahi’s work entitled “Isaac Mizrahi: An Unruly History”.In 2019 he published his memoir, IM.

Mizrahi married his partner of six years, Arnold Germer, in a civil ceremony in New York City Hall on November 30, 2011.

At 15, Mizrahi launched his own label, IS New York, with the help of a family friend. He presented his first collection in 1987 at a trunk show held by New York department store Bergdorf Goodman. He won critical acclaim including four Council of Fashion Designers of America (CFDA) awards. In 1992, the French fashion house Chanel bought a stake in the company and began to bankroll its operations. Though the company grossed $10–20 million a year, it never made a profit, and lost substantial amounts  in its final four years of operation. Chanel eventually tired of the mounting losses and pulled financing in October 1998, forcing the closure of the company after the Fall 1998 collection.

From 1995 to 1997, Mizrahi also designed a diffusion line, named “IS**C” in an act of “name effacement” intended to prevent dilution of the designer’s full name. This lower-priced line (in the $275 to $850 range) was meant to diversify the label from the very expensive Isaac Mizrahi collection, but it failed to gain traction and was shuttered in 1997.Mizrahi returned to fashion in 2002 when he began designing another diffusion collection, Isaac Mizrahi for Target. The line was an enormous hit, and soon spread to cover accessories, bedding, housewares, and pet products. The line was discontinued in 2008 as Mizrahi left for Liz Claiborne.

In 2010, Mizrahi launched a label called IsaacMizrahiLIVE! exclusively on QVC.The following year, Mizrahi sold his brand to Xcel Brands, Inc. In addition to cntinuing the IsaacMizrahiLIVE! business on QVC, Xcel Brands launched various categories under the Isaac Mizrahi New York, Isaac Mizrahi Jeans, and Isaac Mizrahi brands. As of August 2012, footwear and denim have launched in Bloomingdale’s and Nordstrom, and Mizrahi’s first-ever fragrance, Fabulous, was set to debut September 6 on QVC, and in Bloomingdale’s in October. Mizrahi remained a shareholder, creative director, and media personality for his namesake brand under Xcel.