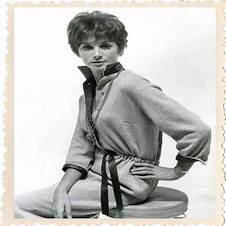 Gaby Aghion was a French fashion designer and founder of fashion house, Chloé 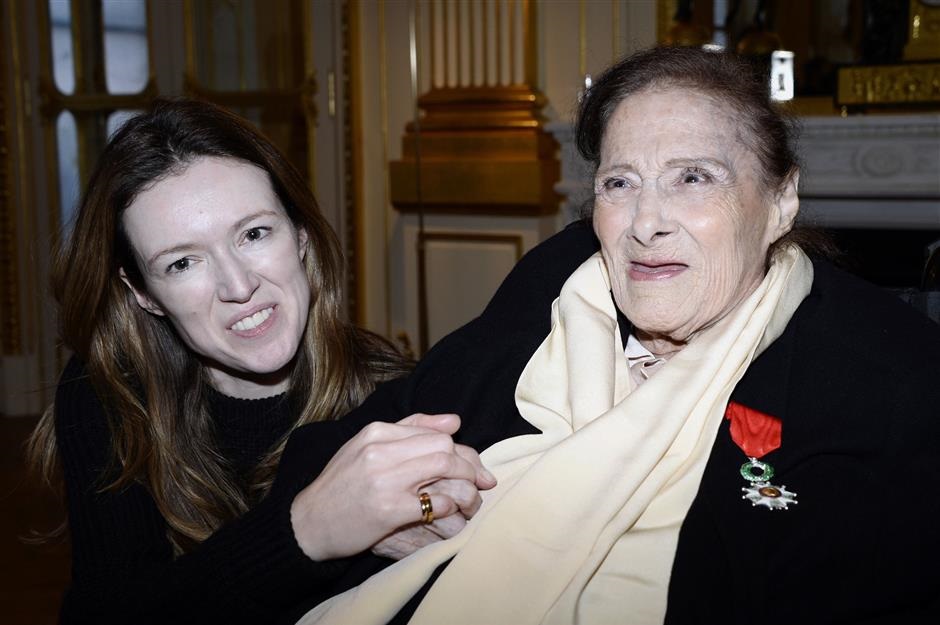 Mostly known, for her eye in finding talents, such as Karl Lagerfeld and Stella McCartney, Gaby Aghion, founder of the Chloé label, settled in Paris in 1945.She brought on the trend of having ready to wear items of clothing which revolutionised the fashion industry. Since then, she adopted a soft blouse, worn with a dark tunic, as uniform until her death at the age of 93.

The youngest of seven children, born on March 3rd 1921 in Alexandria, Egypt, Gabrielle (Gaby) Hanoka derived her distinct combination of business and creative style from her parents. Her father managed a cigarette factory and her mother’s passion for fashion resulted in demanding copies sewn of all the latest Parisian couture. Hanoka had a French-style education and first saw Paris at the age of 18 as a student.

Being friends with European artists, such as Picasso and French poet Paul Éluard, and coming from a prosperous family enabled Aghion the luxury of opening a modern art gallery. The couple evolved into avid art collectors over the years.

However, living a comfortable lifestyle was not enough for Gabrielle Aghion. In 1952, she resolved to flourish.  Aghion and her friends occasionally wore couture, but more often bad dressmaker copies, plus grubby white gloves.

Aghion designated herself  as a manufacturing label – Chloé, named  after a friend, and motored around the boutiques of Paris selling the samples from a suitcase. She achieved great success by designing dresses, with relaxed styling which could be easily altered to fit.

Hanoka, together with Raymond Aghion, her elementary school sweetheart and subsequent husband, married at the age of 19. Together, they  moved to Paris, making it home, with their son Philippe, until Raymond died in 2009. Ms. Aghion is survived by two grandchildren, including one, Mikhaela, who is a business analyst at Chloé.

Gaby Aghion died on 27 September 2014 at her home in Paris. She was 93.Her death was confirmed by her son, Philippe.

Turning an extra room in her apartment into an atelier, she created six dresses, which set her success in motion. Rather than labelling them under her own name she chose the brand name – Chloé, after a friend. Backed by her business partner, Jacques Lenoir, she showed a prêt-à-porter collection, a phrase she is said to have coined, at breakfast in the Café de Flore on the Boulevard Saint Germain in 1956, and twice-yearly thereafter.These events became a fashion highlight for Parisian women.

Aghion also had a great sense for talent. Among those who created for Chloé were Graziella Fontana, Maxime de la Falaise, Martine Sitbon, Stella McCartney, Phoebe Philo, all of whom shared that liberated attitude. Many of her choices were women. In 1966, she hired the aspiring Karl Lagerfeld, who remained head designer until the mid-1980s. Her most perfect find, Karl Lagerfeld began by selling her freelance designs, then became the mainstay of the label. He returned from 1992 to 1997.

Chloé became the choice of some of the world’s most fashionable and beautiful women – Brigitte Bardot, Grace Kelly and Jackie Kennedy, to name a few. In 1971 the company launched its first Parisian boutique. followed by hundreds more worldwide. In 1975, Chloé perfume was launched, and also became an ongoing success.