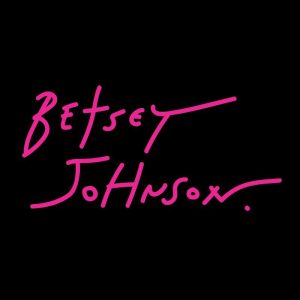 My products wake up and brighten and bring the wearer to life!

Starting out designing blouses to make rent while working in the art department of a magazine, Betsey Johnson evolved into a successful international fashion brand steeped in London’s punk movement and the ballet.

Known for her celebration of the exuberant, the embellished and the over- the- top, Connecticut-born Betsey Johnson took the fashion industry by storm with her bold design aesthetic. She grew up with a passion for dance and art, and her love for costume laid the foundation for the brand’s creativity, visible in all her collections. In 1964, Betsey was Mademoiselle‘s Guest Editor at twenty-two after winning its summer scholarship contest and worked hard to earn a position in the art department. To make rent, Johnson supplemented her income by designing womenswear. With a formal education in art and fabric design, she stitched hand-crocheted fabric “into sweaters that hugged the body” she writes in her memoir, ‘Betsey’. “They had short, tight sleeves and a scoop neck that was trimmed with a half-inch of velvet. I finished them off with a little bow on the front…” Johnson wore one of her own designs to work, and, when her colleagues asked where they could buy it, she began taking orders. The rest is history.

She was sent to London on assignment and when she returned home, became a designer at Paraphernalia, a boutique which at the time housed the hottest young designers in London. She then assumed creative control of sportswear label ‘Alley Cat’ and won Coty American Fashion Critics Award — the youngest designer to receive the honor. Shortly, Alley Cat went out of business and Johnson sustained herself with freelance work until the beginning of the Punk started in London. Johnson then collaborated with Barbara Washburn and Anita Latour to open a store, Betsey Bunky Nini. By the mid-Seventies, her involvement in Betsey Bunky Nini faltered and in 1978, she collaborated with former model Chantal Bacon to start their own company, Betsey Johnson LLC and open a store in Manhattan’s SoHo. ”She was the pattern-maker, I was the fitting model, I did all the production and sales and everything. And we kind of learned as we went…” Chantal told Vogue. ”If we had more than two customers, the salesgirl would have to leave the store ’cause three people couldn’t actually fit in there.”

The brand’s aesthetic was influenced by Betsey Johnson’s friendship with Andy Warhol, her first husband John Cale who was part of a rock band and her dancers’ roots… seen in sculpted tops and tutu skirts that have been the basis of her designs till date. Johnson designed for herself and throughout her career, her consumers felt a connection to her. A new division, Luxe, was launched in 1991, inspired by ballet. Her personal experience with breast cancer inspired a line of accessories with the cancer survivor’s emblem. Over the next four decades, Betsey Johnson — the designer and the brand — evolved at a high growth rate and the celebrity set used to look forward to her fun, flirty, bold runway shows where she cartwheeled to close the show! Her commitment to remain true to her vision is cited as the reason behind the designer’s unprecedented success — hippie- inspired, whimsical sexy silhouettes, with sharp tailoring. It didn’t go unnoticed.  In 1999, she won CDFA Timeless Talent Award and a journalist quipped, “If Betsey Johnson didn’t exist, we would have to invent her, simply to remind ourselves that fashion can be fun. She’s the original wild child…” What’s more? Pop star Cyndi Lauper opened Betsey Johnson’s fifty year retrospective show with a performance!! In 2002, Betsey was inducted into Fashion Walk of Fame, honouring her contribution to American fashion.

Since 2004, Betsey Johnson LLC went into expansion mode through licensing agreements with Carole Hochman Design Group, Revman International, Haskell Jewels, GW Industries, Malibu Design Group, The Levy Group, Gina Group, Baum and Essex. The brand was loved and worn by women worldwide and the apparel, accessories, watches, footwear, jewellery and fragrance were retailed in specialty and department stores. But Lady Luck had a change of heart; the company accumulated reported $48.8 million debt and declared bankruptcy before it was bailed out and acquired by Steve Madden in September 2010. A decade later, Betsey Johnson has survived breast cancer, open heart surgery, bankruptcy, three marriages and ongoing global pandemic, at seventy-seven. She resides in the Hamptons and has passed creative control of the business to her daughter, Lulu.