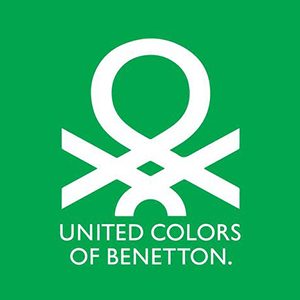 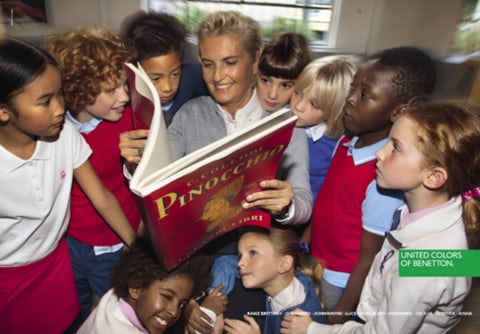 Benetton is a global fashion brand, which was founded in Italy in 1965.  Benetton consists of clothing brands United Colors of Benetton and Sisley. The Group has a network of about 5,000 stores around the world.  Benetton became widely famous due to its advertisement campaigns designed by Oliviero Toscani .  Throughout each campaign they wanted to shock the public and they do so by using photography.  Their main idea is to use shock-advertising.  In their controversial advertisements they deal with issues that people don’t really want to talk about or deal with like HIV, wars and even hunger.

Benetton’s remarkable success story starts in 1965 at Castrette in the Province of Treviso, Italy. The firm was founded by 4 brothers (Luciano, Carlo, Gilberto and Giuliana) all born in the town of Treviso in Veneto. Their father owned a bicycle shop.
The brothers were very creative and thanks to their original ideas and strategies, the firm gradually began gaining larger and larger shares of the market in the knitwear sector. Instead of using coloured yarn, for instance, plain wool was employed and the finished knit-wear items were then dyed according to fashion trends, thus permitting to quickly replenish retail outlet assortments. 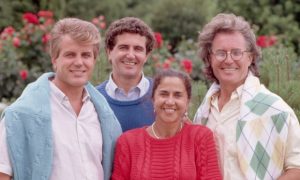 The first trade-mark was designed by Franco Giacometti in 1971. It was a clever rendition of the texture of a special fabric called “folpetto” or “polipetto” (“octopussy”) for the local dialect, with original lettering.
One year after, the trade-mark for the children’s apparel line, “012”, came out. In the initial publicity campaigns the product was still the image front-liner.  The photographer Oliviero Toscani, was then about to make history in terms of advertisement and also bring Benetton to the public hotspots due to his audacious campaigns.
Racial integration was the first theme focused on. Toscani began consistently employing models of different nationality in motley colour combinations to advertise brand items. 1989 saw the birth of the famous slogan “tutti i colori del mondo” (“all the colours of the world”) that was to become the campaign headline of the nineties. 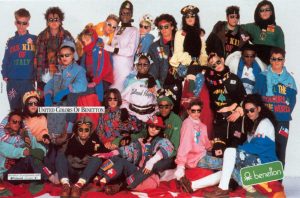 The slogan then changed into the “United Colours of Benettton” brand.

Benetton Group is committed to being a globally responsible company, from a social, environmental and economic point of view. It is a commitment to present and future generations as well as to the communities where the company is present, both in Italy and in the countries where it operates.

Strategy
Benetton’s values have been at the heart of a commitment to social responsibility that has evolved over 50 years and that translates in the will to become agents of social change, by putting people at the centre of all our activities and by cooperating with all interested stakeholders.

Benetton is a global company that creates a global impact. For this reason, its sustainability strategy is expressed on many, tightly interconnected levels that cover all the group’s areas of influence.

In accordance with some of the most important CSR instruments that set out to balance corporate activities with human rights – for example, the UN Guiding Principles on Business and Human Rights (2011) and the European Commission’s Communication on CSR (2011) – guaranteeing sustainability in all its dimensions is a fundamental element of the group’s business strategy.

In its productive activities and supply chain management

From logistics to the finished product, the sustainable management of the supply chain is a key aspect of the sustainability strategy. Benetton Group carries out continuous monitoring of the social and environmental conditions in its supply chains. The firm is guided by its own Code of Conduct, which applies to anyone who enters into a business relationship with the company. Workplace safety and constant attention to improving working conditions in the supply chain are key priorities of Benetton’s commitment.

It is fundamental that the group’s products are sustainable not only in terms of production processes: they also have to be safe for consumers. For this reason we are at the forefront of efforts to eliminate dangerous substances and guarantee the highest safety standards in products.

In its community relations

Benetton Group seeks to grow together with, and help sustain, the local communities in which it operates, while being committed to social change.

Established in 1994 from a vision of Luciano Benetton and Oliviero Toscani, Fabrica  is a cultural center based in Treviso, Italy, in a space of magical architecture restored and augmented by Tadao Ando. A renaissance-inspired, learning-by-doing approach, where curious, restless, ambitious, generous, free-thinking talents from all over the world experiment contemporary communication through a constant contamination between different disciplines, such as photography, video, graphics, design, fashion, writing, music, digital and performance.

In November 2011, Benetton created the UNHATE Foundation, launching a worldwide communication campaign described as an invitation to leaders and citizens of the world to combat the “culture of hatred.” Benetton claimed the campaign was created to serve as its corporate social responsibility strategy. The UNHATE poster series uses altered images of political and religious leaders, such as then-President of the United States Barack Obama and Hugo Chávez, then President of Venezuela, kissing each other. Following Vatican protests, Benetton removed an ad purportedly showing Pope Benedict XVI kissing Ahmed Mohamed el Tayeb, the imam of Egypt’s Al Azhar mosque. 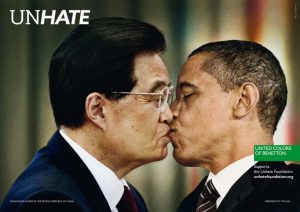 In November 2017, Benetton also launched a campaign in collaboration with Devbhumi, a company owned by rural women from India’s remote Uttarakhand region. The initiative claims to empower more than 6,000 rural women artisans in India.

Benetton Group has partnered with Greenpeace’s Detox program in a joint effort to lead the textile industry towards the complete elimination of hazardous chemicals from manufacturing – both in the name of consumer safety and for the benefit of local communities around the world.

Once again, in 2018 Benetton Group leads Greenpeace’s Detox campaign rakings, as described in the “Destination Zero: seven years of Detoxing the clothing industry” report. Benetton Group, in fact, is one of the three brand that have made the greatest progress in respecting their commitments to completely eliminate toxic substances. In addition to transparency in the publication of results and progress achieved, the report indicates that Benetton Group distinguished itself in the process of replacing chemicals with other less impacting substances as well as in its ability to monitor its suppliers.