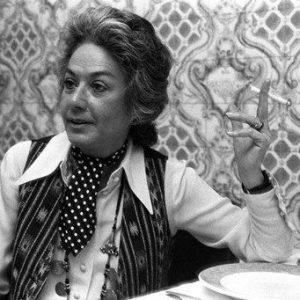 A visionary who completely revolutionised the concept of fashion, Anne Klein played a pivotal role in introducing coordinated closets as well as changing the way women dressed. Over a period of 36 years, she kept on pushing the envelope and pioneering and perfecting the idea modern separates. Her legacy and contribution is still very much prevalent in modern fashion.

Anne Klein was born as Hannah Glofsky on August 3, 1923 in Brooklyn, New York. Drawn towards fashion and its various nuances from an early age, she studied fine arts at Girls Commercial High School where she won a scholarship to Traphagen School of Fashion. She got her first taste of the world of fashion in 1938 when at the age of 15, she was appointed as a sketcher for a dress firm on 7th avenue of the Garments District in New York. She adopted the first name Anne and also took Ben Klein’s last name whom she married in 1948.

Anne did not change American fashion on her own but that is not far from being the truth. She did indeed play a very pivotal role starting from 1944 where she collaborated with Tina Leser and Clarie McCardell to form a trio of women who set up the blueprints for what American sportswear should look like. In 1948, she began working as the principal designer of Junior Sophisticates, a company that she founded with her first husband Ben Klein. Her innovations saw her win the Coty American Fashion Critics’ award in 1954. She decided to keep her last name even after separating with Ben Klein and during the early 60’s, she worked as a freelance designer and helped reinvigorate lines such as Pierre Cardin coats and Evan-Picone that had long lost their momentum. It was through freelancing that she was able to open Anne Klein Studio in 1965 with her new husband Mathew “Chip” Rubenstein. In 1967, she filed a patent for girdle design for miniskirts but this was only the first signs of things to come.

What started out as a sportswear house slowly began broadening its horizon and exploded into the international scene. She launched her first collection composed of modern separates in 1968. In 1970, she created history by becoming the first American designer to open a store in Europe. She reached yet another milestone in 1972 by completely transforming her label with the introduction of accessories such as eyewears, watches and even perfume to go with the apparel thereby reaching the status of a lifestyle brand. In addition to all of this, Anne was the first designer after Coco Chanel to implement men’s clothing styles for women. She also pioneered what we now know as the “Junior Miss” clothing category. Anne officially established herself as a leader in women’s design and the global fashion community when she won the highly coveted Battle of Versailles in 1973. This however would be her last hurrah as Anne died of breast cancer in 1974 at the age of 50. Her company was taken over by Donna Karan and Louis Dell ‘Olio who carried on her legacy. Today Anne Klein is owned by WHP Global and its products are sold in over 60 countries worldwide.

Induction into the Coty Fashion Hall of Fame (1971)