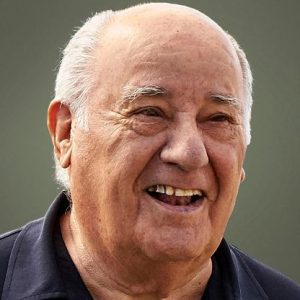 Amancio Ortega is a fashion executive and founding chairman of Inditex 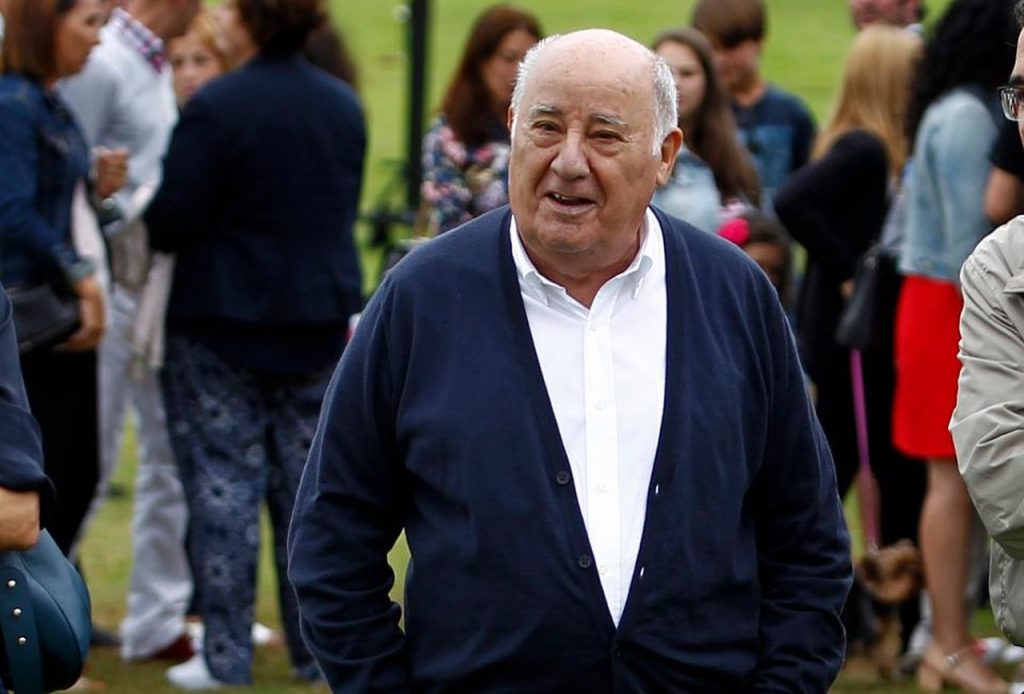 Amancio Ortega is a pioneer in fast fashion, he co-founded Inditex, known for its Zara fashion chain, with his ex-wife Rosalia Mera (d. 2013) in 1975. In 1972, he founded Confecciones Goa to sell quilted bathrobes. In 1975, he opened his first Zara store with his wife Rosalía Mera. In 2009, Zara was part of the Inditex group (Industrias de Diseño Textil Sociedad Anónima), of which Ortega owned 59.29%, and aside from over 6,000 stores included the brands Zara, Massimo Dutti, Oysho, Zara Home, Kiddy’s Class, Tempe, Stradivarius, Pull and Bear, Bershka and has more than 92,000 employees. As of 2016, he owned around 60% of Inditex, which is the holding company for Zara and related chains.

Amancio Ortega Gaona was born on March 28, 1936 in Busdongo de Arbas, León. He was the youngest of four other children. The Ortega family soon moved to La Coruña, Galicia, Spain, due to Amancio father’s job at the local station. His mother employed as a housemaid, Amancio heard her pleading for credit at local stores, unable to afford essential items, which made him leave school and start working at the age of 14. Amancio Ortega’s first job was a shop assistant at a local company called Gala, where he learned to make clothes by hand. Frozen in time, Gala, a conventional shirts maker, is still active and open on one of La Coruña’s downtown corners.

Amancio Ortega enjoyed riding his bicycle around the town, whenever he had free time. His brilliant business idea could have come during one of such rides, and Ortega realized that to earn good money, one should give customers what they want. At the age of 16, Amancio Ortega was pondering on how to figure out potential client desires and, what is even more important, meet that demand. In the 1950s, an autonomous community of Spain, Galicia, was a perfect spot for his business plan: poor job alternatives in combination with numerous single women who could sew pretty good. Ortega started to organize women into sewing cooperatives. The product line included: lingerie, babywear, and nightgowns. Ex-employees of the sewing cooperatives ran by Ortega shared with media how thrilled the Galicia ladies were to get that job with great conditions, and how excited they were to see their boss being very close to the workers.

The Business Model of Zara

Amancio Ortega Gaona launched his own company, Confecciones GOA, in 1963. Having formed successful sewing cooperatives with the low-cost local workforce, Ortega was offering fast production clothing turnarounds. Several factories being acquired in Spain, Amancio Ortega opened his first storefront in La Coruña downtown, called Zorba, in 1975. Named after Ortega and his first wife’s favorite movie, the store soon changed the name Zorba into Zara. The bar Zorba remained local, but Zara stores expanded to several Spanish cities by the early 1980s. In 1988, after the Inditex Group was formed, Ortega opened the first Zara shop in Portugal, where he found the working force to be even cheaper than in Spain.

In 1989, Zara shop was opened in the USA, and it was introduced in London in 1998. Zara’s further international expansion came along with: Pull&Bear and Massimo Dutti, Stradivarius, Bershka, Oysho, Uterqüe. By 2000, the Inditex brands were distributed in over 30 international markets.

Amancio Ortega’s business success is tightly connected with a unique business model of the fast-fashion retailer. The two key ideas of this business model are to give customers what they want as quickly as possible. For instance, Zara is known for its 12,000 new designs developed and distributed annually, speed being the retailer’s driving force. Moreover, Zara refreshes its garment stocks twice a week. Zara factories look like a well-oiled machine, where hundreds of designers and sales analysts co-operate in an open space floor, organized around these two principles, namely the delivery speed and a customer-orientated approach. Designers usually create three models a day, and choose one item from each set. These experts apply reports from local managers to compile appropriate to customer habits collections. Each employee of Zara is trained to keep an eye on clients’ styles.