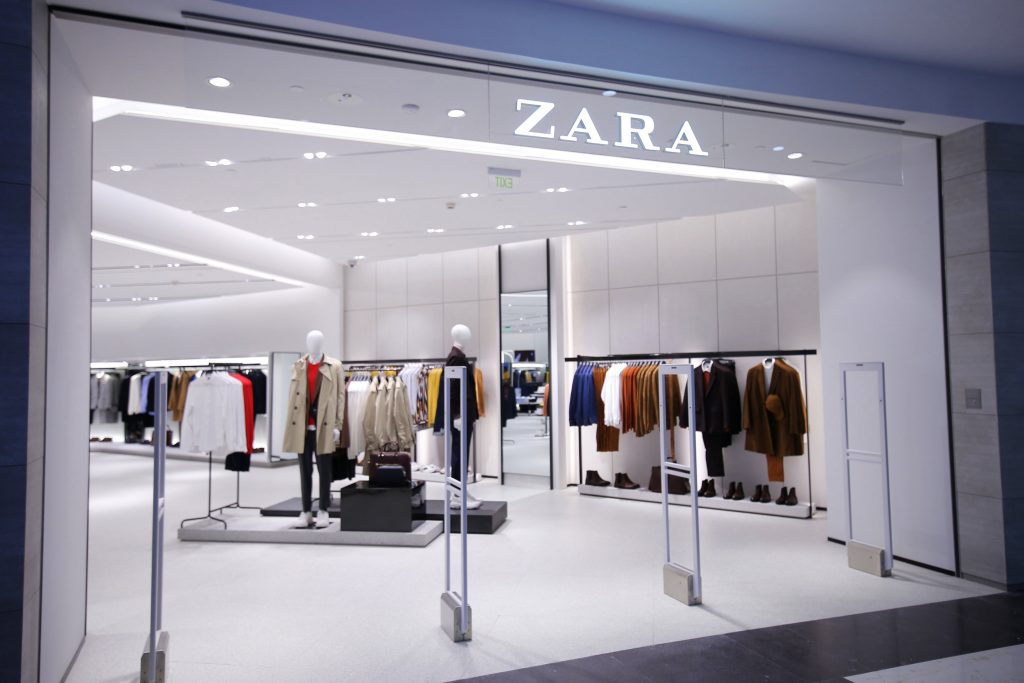 Zara is a Spanish fast fashion retailer brand. It is focused on design, production, distribution, and sales through its extensive retail network. Zara’s products range from clothing, accessories, shoes, swimwear, beauty, and perfumes.

The company was founded in 1975 by Amancio Ortega Amancio Ortega and Rosalía Mera. Zara is the main brand of the Inditex group, the world’s largest apparel retailer. The fashion group also owns brands such as Massimo Dutti, Pull&Bear, Bershka, Stradivarius, Oysho, Zara Home, and Uterqüe. Zara manages up to 20 clothing collections a year.

Zara has presence in 202 markets through its online platform and it has over 7,000 stores in 96 markets. And it employs 174,000 workers around the world. 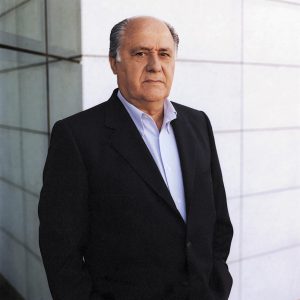 Amancio Ortega opened the first Zara store in 1975 in central A Coruña, Galicia, Spain. The first store featured low-priced lookalike products of popular, higher-end clothing fashions. Ortega opened additional stores throughout Spain. During the 1980s, Ortega changed the design, manufacturing, and distribution process to reduce lead times and react to new trends in a quicker way, which he called “instant fashions”. The improvements included the use of information technologies and using groups of designers instead of individuals.

On September 2010, Zara launched its online boutique. The website began in Spain, the UK, Portugal, Italy, Germany and France. In November that same year, Zara Online extended the service to five more countries: Austria, Ireland, the Netherlands, Belgium and Luxembourg. Online stores began operating in the United States in 2011, Russia and Canada in 2013, and Mexico, Romania, and South Korea in 2014. Zara expanded to India in 4 October 2017.

Over the years, Zara has remained faithful to its core values, expressed simply in the same four key words that define all their stores: beauty, clarity, functionality and sustainability.

Nurturing a highly intimate relationship with its customers, Zara’s designers respond instinctively to their changing needs, reacting to the latest trends and constant feedback received across its Woman, Man and Kids collections, to deliver new ideas in the right place and at the right moment. 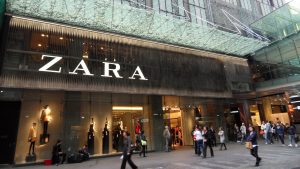 Zara has remained faithful to its core values, expressed simply in the same four key words that define all their stores: beauty, clarity, functionality and sustainability.

Further enhancing the quality of their customer service, Zara stores also include Radio Frequency Identification Technology (RFID), using cutting-edge systems to track the location of garments instantly and making those most in demand rapidly available to customers. This technology has allowed Zara to complete the implementation of its integrated stock management system in the 49 markets in which it operates its integrated store and online platform.

Zara’s Join Life collection and the eco-stores are two examples that underline the brand’s unwavering focus on sustainability and improved customer experience. These developments have been further enriched by a range of new and innovative projects, such as the installation of clothing recycling containers in-store and a scheme providing for free at-home collection of used garments to complement the delivery of online orders.

Zara has committed to eradicating all releases of hazardous chemicals throughout its entire supply chain and products by 2020. Furthermore, Zara became the biggest retailer in the world to raise awareness for the Detox Campaign, and switched to a fully toxic-free production.