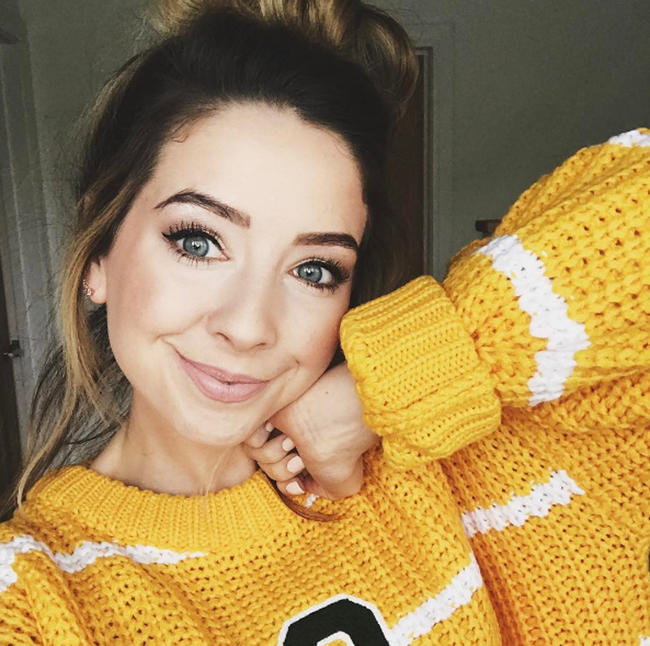 Zoella Zeebo is an English YouTuber, vlogger, businesswoman and author. Her real name is Zoe Elizabeth Sugg. She is famously known by her username on YouTube which is Zoella. She is a beauty and fashion influencer, vlogger, author and YouTuber.

Her debut novel, Girl Online, released in November 2014, broke the record for highest first-week sales of a first-time novelist.

Zoe Elizabeth Sugg was born on 28th March 1990 in Lacock, Wiltshire, England. She started working as an apprentice at an interior design company when she created her blog, “Zoella”, in February 2009. By the end of the year it had a thousand followers and as of September 2015 it has received over 540 million total visits. The fashion, beauty and lifestyle blog expanded into a YouTube channel in 2009, while Sugg was working for British clothing retailer New Look.

In 2013, Sugg was named as one of the National Citizen Service’s ambassadors, helping to promote the newly launched youth service. The following year she was named as the first “Digital Ambassador” for Mind, the mental health charity.

Sugg started a Youtube channel in 2009. Her main channel, Zoella was first named “zoella280390” after her birth date, is mostly fashion, beauty hauls, and “favourites” videos (showing her favourite products of the previous month). Her second channel, MoreZoella, contains mostly vlogs where she shows her viewers what she does in her day.

She is a member of the Style Haul network and is represented by Dominic Smales at Gleam Futures. Sugg also appears alongside many other YouTubers on the channel Daily Mix, which is managed by Gleam. Throughout her time on YouTube, Sugg has collaborated with other YouTubers, including: Louise Pentland, Tanya Burr, Alfie Deyes, Tyler Oakley, Miranda Sings, Troye Sivan, Grace Helbig, and many others. Sugg is influential through social media, being mentioned by The Telegraph as one of “Britain’s most influential Tweeters” in 2013.

She became instantly famous with her debut novel called Girl Online (She had worked with an editorial team for the book). It was released in the year 2014 (in November); as a new novelist, her book broke the record of the highest 1st -week sales.

A sequel, Girl Online: On Tour, was released on 20 October 2015. A third book, Girl Online: Going Solo, was published on 17 November 2016. Sugg’s books, alongside those by other YouTubers, were criticised in 2017 for ‘not being challenging enough’ in a number of UK newspapers.