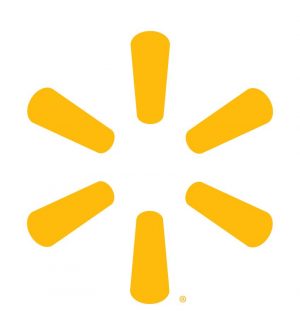 Modest beginnings as a dime store paved the way for growth into a hugely successful global retail chain. It’s success is pinned to the founder’s vision of retailing products at a low price and offering unparalelled service.

In 1945, former J. C. Penney employee Sam Walton purchased a branch of Ben Franklin from the Butler Brothers, with the vision of selling products at low prices to get high-volume sales. His business acumen paid off. Sales increased by forty-five per cent percent in his first year to reported US$105,000. However the store lease expired in five years and Walton opened a new store at 105 N. Main Street in Bentonville, naming it “Walton’s Five and Dime”. Now, Walmart Museum.

Inspired by the success of his dime store, and driven to bring greater value to his customers, Sam opened Walmart on July 2, 1962 in Rogers, Arkansas. Shortly, the company expanded to eighteen stores in Arkansas and generated sales of reported $9 million. In 1968, Walmart opened in Sikeston, Missouri and Claremore, Oklahoma. The company went public in 1970 and the proceeds financed a steady expansion of the business — Walmart was operating in five states: Arkansas, Kansas, Louisiana, Missouri, and Oklahoma. It entered Tennessee in 1973 and Kentucky and Mississippi in 1974.

In addition to new retail approaches and technologies, Sam experimented with store formats—including Sam’s Club, Neighborhood Market and Walmart Supercenter—and fearlessly took Walmart into Mexico, Argentina and Brazil. The effort earned him the Presidential Medal of Freedom, awarded by President George H. W. Bush in 1992. By1988, Walmart stepped down as CEO and was replaced by David Glass. In July 1999, Walmart entered Europe, acquiring Asda in the United Kingdom for reported US$10 billion. In 2000, H. Lee Scott became Walmart’s President and CEO as the company’s sales increased to reported $165 billion. In 2002, it was listed for the first time as America’s largest corporation on Fortune 500, with revenues of reported $219.8 billion. And in the aftermath of Hurricane Katrina in September 2005, Walmart donated $20 million, 1,500 truckloads of merchandise, food for 100,000 meals and the promise of a job for displaced workers.

On September 12, 2007, Walmart introduced a new slogan, “Save money. Live better.”, replacing “Always Low Prices, Always”, which it had used since 1988. Acquisitions paved the way to building a rock-solid conglomerate. In 2010, the company acquired video streaming company Vudu, Inc. for an estimated $100 million. In August 2013, it acquired majority stake in Kenya-based supermarket chain, Naivas. On January 15, 2016, however, Walmart announced the closure of over two hundred stores to “strengthen Supercenters, optimizing Neighborhood Markets, grow e-commerce and expand pickup services for customers”. That year Walmart acquired Jet.com for reported US$3.3 billion. The following year, purchased Moosejaw, a leading online active outdoor retailer. On June 16, 2017, Walmart agreed to acquire men’s apparel company Bonobos for reported $310 million in an effort to expand its fashion holdings. On September 29, 2017, Walmart acquired Parcel, a technology-based, same-day last-mile delivery company in Brooklyn. On February 26, 2019, Walmart announced that it had acquired Tel Aviv-based product review start-up Aspectiva for an undisclosed sum.

Shortly, Walmart opened a “medical mall” where customers can purchase primary care services, such as: vision tests, dental exams and root canals, lab work, X-rays and EKGs, counselling, fitness and diet classes. Continuing with its health care initiative, it opened a 2,600 sq. ft. health and wellness clinic prototype in Springdale, Arkansas to expand services. This decade, as with many others, started off poorly due to the pandemic, including store closures, limited employment and social distancing protocols. On the upside, in January 2021, Walmart announced the launch of a fintech startup, with venture partner Ribbit Capital, to provide financial products for consumers and employees. And the following month, acquired technology from Thunder Industries, to expand its online marketing capabilities.

Helping people around the world save money and live better – anytime and anywhere – in retail stores and through eCommerce.

To make every day easier for busy families.