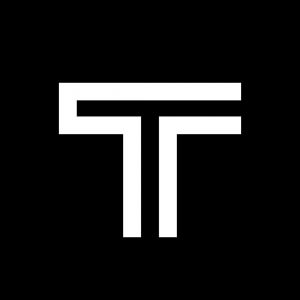 In 1974, Charlie Clifford left a corporate job to start a business selling rugged leather bags made in South America. Nearly thirty years later, he sold his company, Tumi, to a private equity firm.

In 1974, Charlie Clifford left a corporate job to start a business selling rugged leather bags in South Plainfield, New Jersey. Nearly thirty years later, he sold his company, Tumi, named for an ancient ceremonial knife from Peru, to a private equity firm. He had always listened carefully to consumers, salespeople and employees and that paid off in spades. In the Seventies, post-hippies loved handcrafted leather; in the Eighties, he hired Jeff Bertelsen to oversee production and quality control and created wound the iconic Tumi look in 1983 — a wide opening with a U-shaped zipper and organisational pockets that made packing easier for frequent-flyers.

During this time, he decided not to limit the look to leather and began using heavy-duty ballistic nylon that was originally designed for flak jackets. People could buy small leather carry-on pieces and check the larger nylon pieces without worrying about damage. Shortly, he discontinued the rugged leather products and developed a line with Bloomingdale’s using soft napa leather. “There is no other product made ​​like Tumi”, per a company release which described the company philosophy: unique, lightweight, durable and high-performing are the quality ever present in the wardrobe of businessman and traveller. The company collaborated with designer Anish Kapoor to produce PowerPack Backpack that used solar technology for charging phones and PDAs and shortly inked a licensing deal with Italian motorcycle manufacturer Ducati for a collection of eight co-branded pieces. interestingly, Tumi puts a metal plate with a unique registration number in each of its bags so customers can register for Tumi Tracer and be reunited with their bag if it is lost and found.

In 2004, London-based private equity firm Doughty Hanson and Co acquired Tumi for reported $276M. The takeover came with a reduction in price of their product line and a change in warranty from lifetime to five years. Jerome Griffith was appointed CEO in 2009 and Joseph R. Gromek was named Chairperson of Board of Directors a few years later. On March 4, 2016, Samsonite announced it would acquire Tumi in an all-cash transaction worth reported US$1.8Bn.