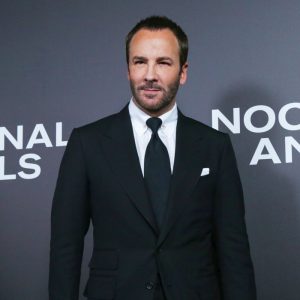 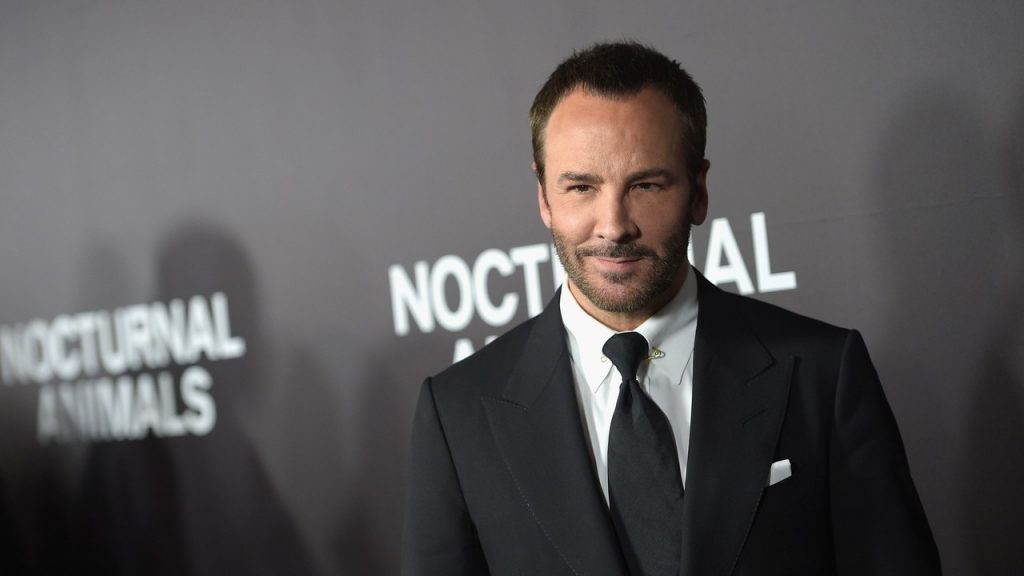 Thomas Carlyle Ford known as Tom Ford is a fashion designer, screenwriter, film director and film producer. Tom is best known as the Creative Director who turned Gucci and Yves Saint Laurent into brands worth billions of dollars from 1994-2004 and  1999 – 2004, respectively. He founded his own Tom Ford luxury fashion label in 2004.

As a film maker, Tom has directed the Academy Award-nominated films A Single Man (2009) and Nocturnal Animals (2016).

Tom Ford was born on August 27, 1961, in Austin, Texas. Since very little, Ford had two early role models in fashion: his mother and grandmother. “My mother was very chic, very classic,” he recalls. “My paternal grandmother was very stylish in a very Texas way—everything big and flashy, from jewelry to car.” Ford would later combine those two styles as he reinvented Gucci’s image in the mid-1990s. “The images of beauty you get in your childhood stick with you for life,” Ford later explained. “So there’s a certain flashiness at Gucci—Texas-inspired—with a certain Western feel.”

He graduated at age 17, and then enrolled at New York University in 1979 as an art history major. While at NYU, Ford became a regular at the infamous Studio 54 nightclub, and his studies suffered. In 1980, after just one year at NYU, Ford dropped out and moved to Los Angeles, where he made a living acting in television commercials. A few years later, he moved back to New York and enrolled in the Parsons School of Design, studying architecture. Ford then transferred to Parsons’ Paris campus, and it was while completing his final year of architecture study there that he suddenly decided to switch to fashion. He recalls, “I just woke up one morning and thought, ‘What am I doing?’ Architecture was just way too … serious. I mean, every architectural project I ever did, I worked a dress into it somehow. So I realized that fashion was the right balance between art and commerce, and that was it.” 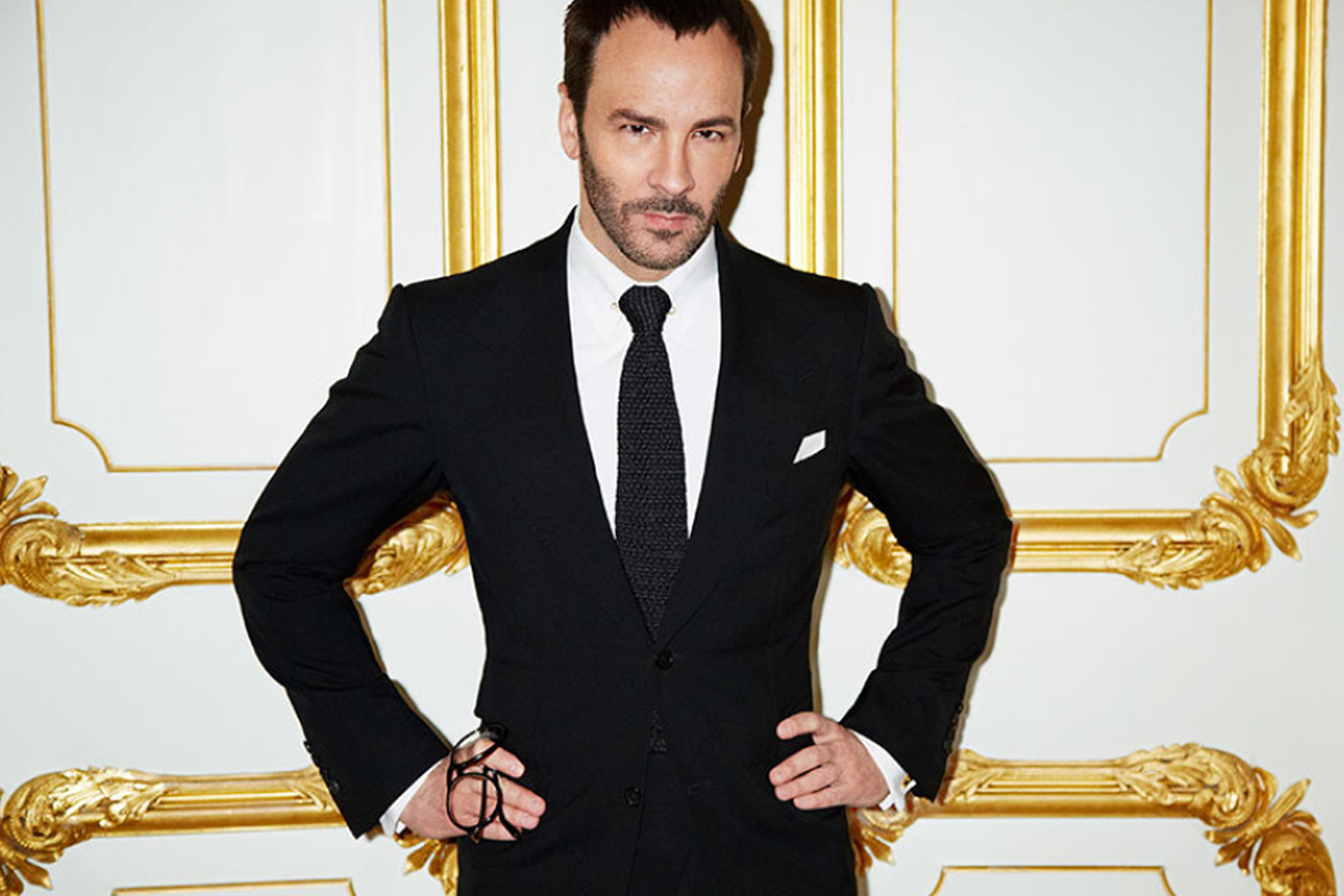 Prominent sportswear designer Cathy Hardwick offered Ford a job, and after two years as Hardwick’s design assistant, Ford landed a job designing jeans for Perry Ellis on New York’s Seventh Avenue. Then in 1990, Ford moved to Milan to assume the role of Womenswear Designer for Gucci. At the time, the exalted leather company was hampered by management infighting and a struggle to keep up with market trends. Ford instantly breathed new life into Gucci. He ascended quickly through the company’s ranks, rising to Design Director in 1992 and to Creative Director in 1994.

Ford completely revamped Gucci’s image—replacing the minimalism of the early 1990s with updated retro looks that oozed sex appeal. He expanded the company into a host of new ventures, including men’s and women’s sportswear, eveningwear and home furnishings. Under Ford’s leadership, Gucci acquired the venerable French brand Yves Saint Laurent, fueling remarkable growth in the company’s sales. Over the course of the decade, Ford served as Gucci’s driving force (1994-2004), and the company’s annual sales increased from $230 million to $3 billion.

After French multinational Pinault Printemps Redoute bought Gucci in 2004, Ford resigned from the company. In 2005, he founded his own fashion company, Tom Ford Brand, which offers menswear, eyewear and beauty products. Ford created significant buzz for his new company when he posed on the cover of a 2006 issue of Vanity Fair wearing Tom Ford Brand menswear, sandwiched between Keira Knightley and Scarlett Johansson, both of whom posed nude.

Ford as a film maker

In 2009, Ford made a foray into the film industry with his debut film, A Single Man, starring Colin Firth and Julianne Moore. Ford co-wrote and directed the film, based on the novel by Christopher Isherwood. A Single Man won wide critical acclaim, garnering Firth an Academy Award nomination for Best Actor and Ford an Independent Spirit Award nomination for Best First Screenplay.

In 2016 Ford wrote, co-produced, and directed Nocturnal Animals, a psychological thriller based on a 1993 novel by Austin Wright. The film stars Amy Adams and Jake Gyllenhaal and garnered Ford a Golden Globe nomination for Best Director. 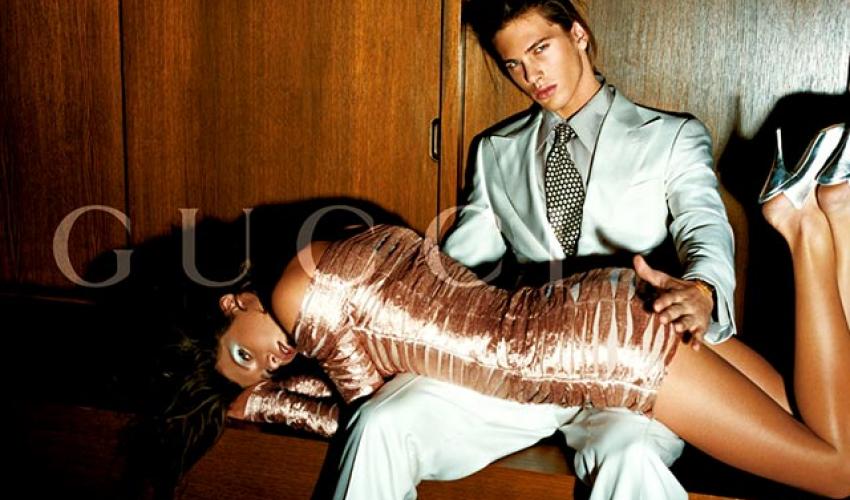 Various journalists asserted that the ads were vulgar, sexist, or objectified women

Ford has been criticized for using naked women in various ad campaigns. Various journalists asserted that the ads were vulgar, sexist, or objectified women. One ad featured a nude woman holding a bottle of the perfume between her legs. Another featured a naked woman ironing a man’s pants while he read a newspaper. A separate ad was banned in Italy.

Responding to criticism that he objectified women, Ford stated he is an “equal opportunity objectifier” and is “just as happy to objectify men”. He argued “you can’t show male nudity in our culture in the way you can show female nudity” and pointed out that he did a male nude ad while at Yves Saint Laurent which got pulled.

In 2014, Ford released a new product, called the “Penis Pendant Necklace”. The product caused some controversy, with Christians calling it offensive due to the pendant being shaped similar to a Christian cross or crucifix. Ford replied that “it was not meant to be a cross, it was a phallus” and “people read into things what they want to.”

One of the most decorated designers of his generation, Ford has won numerous fashion awards for his work with Gucci and his own Tom Ford Brand. He has won five Council of Fashion Designers of America awards, four VH1/Vogue Fashion Awards and was named 2001’s GQ designer of the year.