Someday all watches will be made this way! 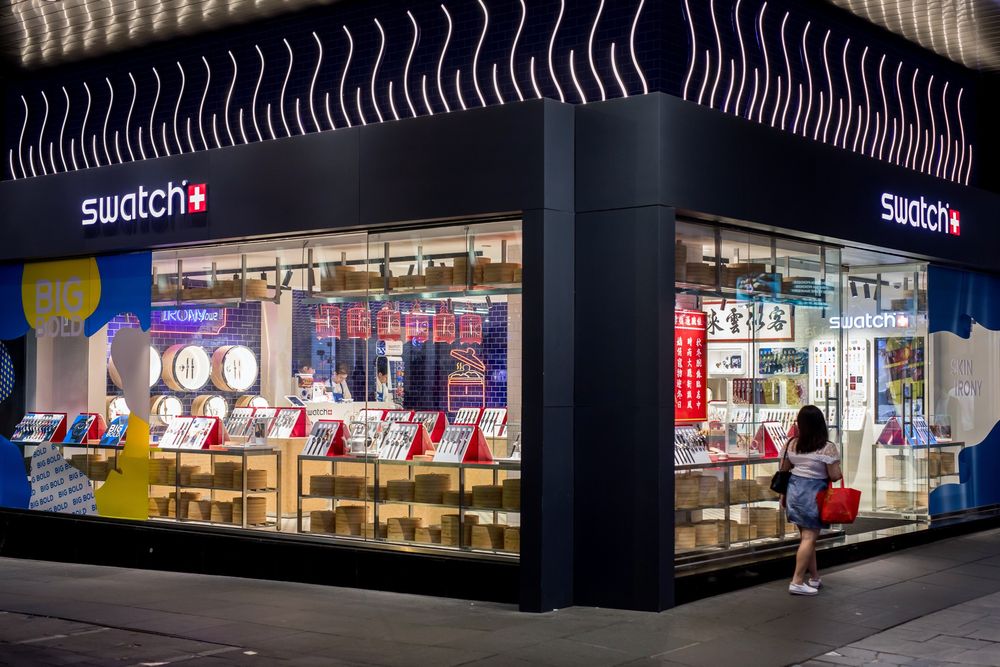 Troubled Swiss watchmakers ASUAG and SSIH merged into holding group SMH, orchestrated by Nicolas G. Hayek. It was later renamed The Swatch Group and continues to be the most valuable watchmaker worldwide.

In 1983, troubled Swiss watchmakers ASUAG and SSIH merged into holding group SMH, orchestrated by Nicolas G. Hayek. It was renamed The Swatch Group in 1998.

A bit about the history of both watchmakers before the merger… SSIH was formed in 1930 with the merger of Omega and Tissot. ASUAG, founded in 1931, was the biggest Swiss Watch Industry Group created with the help of the Swiss Government and Swiss Banks to maintain, upgrade and grow the Swiss watch industry. In the thirties, both ASUAG and SSIH were not doing good business because of the serious economic crisis. Following frequent crises in the Swiss watch industry, by the Seventies ASUAG and SSIH were in financial trouble and facing tough competition from the formidable Japanese watch industry, with its mass production. Eventually, both ASUAG and SSIH faced liquidation. At this point, Nicolas G. Hayek, CEO of his own management consulting firm Hayek Engineering, received an assignment to develop a plan for the survival of both companies. In 1983, The Hayek Study recommended several measures including the merger of ASUAG and SSIH and the launch of a low-cost, high-tech, artistic watch — Swatch. The subsequent execution of the proposal, the takeover of a majority of shares by Hayek Pool and the nomination of Nicolas G. Hayek as CEO of the holding group, made it the most valuable watchmaker worldwide.

Under Hayek’s leadership, the group launched and developed Swatch in 1983 as a response to the “quartz crisis” in which inexpensive Japanese-made digital watches were giving European-made mechanical watches tough competition. The group also drove the continuous development and improvement of all brands. In 1998, SMH was renamed The Swatch Group. There was no looking back. The group struck a licensing deal with Tiffany in 2007. Hayek’s achievements have been widely recognized and he was named Officier de la Légion d’Honneur de France. Following his death in 2010, his daughter Nayla Hayek became Chair and son Nick Hayek, CEO. Today, The Swatch Group is a diversified multinational holding company that is active in the manufacture and sale of watches, jewellery, watch movements and components. It owns the Swatch product line and other brands including ETA, Blancpain, Breguet, Glashütte Original, Harry Winston, Omega, Longines, Tissot, Hamilton and Rado. Sports timing and measurement technologies, though not a core business, is critical to visibility and reach; several Swatch Group brands are official timekeepers at sports events, including the Olympic Games.

To produce beauty and high-tech on your wrist.

To instill the spirit and expertise of watchmaking in students to prepare them for the wonders and challenges of an ever evolving industry.