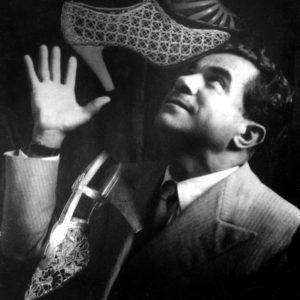 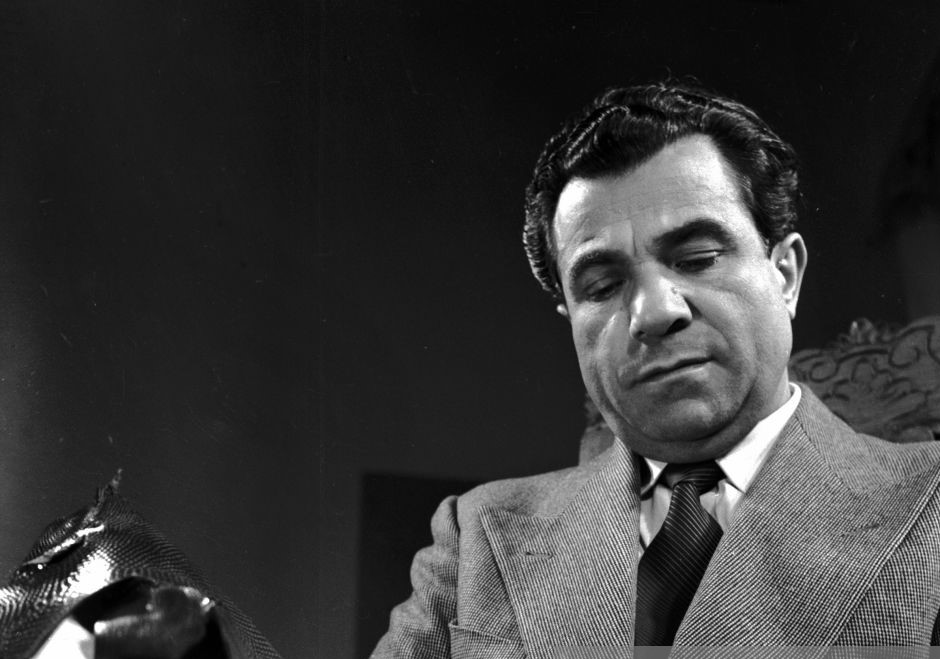 Salvatore Ferragamo was the founder of luxury goods high-end retailer Salvatore Ferragamo S.p.A. One of the most innovative shoe designers of the 20th century, Salvatore Ferragamo, rose to fame in the 1930s.Ferragamo worked with many Hollywood stars in the 1920s, before returning to Italy to found the eponymous company making unique handmade footwear. His scientific and creative approach to shoes spawned many innovations such as the wedge heel and cage heel. Film stars and celebrities continue to patronize his company, which has evolved into a luxury goods empire spanning the world.

Salvatore Ferragamo was born in 1898 in Bonito, near Avellino, the eleventh of 14 children, to a poor family. Making his first pair of shoes aged nine for his sisters confirmation, Ferragamo decided he had found his craft.

After studying shoemaking in Naples for a year, Ferragamo opened a small store based in his parent’s home.Deciding to emigrate, he moved to Boston in 1914, where one of his brothers worked in a cowboy boot factory. After a brief stint at the factory, Ferragamo convinced his brothers to move to California, first Santa Barbara then Hollywood. It was here that Ferragamo found success, initially opening a shop for repair and made-to-measure shoes, which soon became prized items among celebrities of the day, leading to a long period of designing footwear for the cinema.

However, his thriving reputation as ‘Shoemaker to the Stars’ only partially satisfied him. He could not fathom why his shoes pleased the eye yet hurt the foot, so he proceeded to study anatomy at the University of Southern California.  Ferragamo returned to Italy in 1927, this time settling in Florence. He began to fashion shoes for the wealthiest and most powerful women of the century, from the Maharani of Cooch Behar to Eva Peron to Marilyn Monroe.

“The Rainbow” was created by Salvatore Ferragamo in 1938 and was the first instance of the platform shoe returning in modern days in the West. The platform sandal was designed for American singer and actress Judy Garland. The shoe was a tribute to Garland’s signature song “Over the Rainbow” performed in The Wizard of Oz (1939) feature film. The shoe was crafted using shaped slabs of cork that were covered in suede to build up the wedge and gold kidskin was used for the straps. His creation was a result of experimentations with new materials because of wartime rationing during World War II.

The company is owned by the Ferragamo family, which in November 2006 included Salvatore’s widow Wanda, five children, 23 grandchildren and other relatives. There is a rule that only three members of the family can work at the company, prompting fierce competition.

Wanda Ferragamo Miletti: has led the group since 1960, when her husband and founder of the company, Salvatore, died. She was Honorary Chairman until her death.

James Ferragamo: Graduate of NYU Stern,he  is the Women’s and Men’s Shoes and Leather Goods Division Director for the Salvatore Ferragamo Group.

Ferruccio Ferragamo: He is currently Chairman of the Company.

Leonardo Ferragamo, Since 2000, he has been the Director of Salvatore Ferragamo SpA, Ferragamo Finanziaria and recently Executive Vice President of the Fondazione Ferragamo.

Massimo Ferragamo: He is Chairman of Ferragamo USA.

Fulvia Visconti-Ferragamo: has run the fashion label’s silk accessories division since the Seventies. She is the Deputy Chairwoman of Ferragamo Finanziaria SpA.

Fiamma Ferragamo di San Giuliano: She died in 1998, many still believe her to be an influential figure in the life of the company today. Her passion for her work, her imagination and inventiveness have led to the creation of some of the brand’s most iconic products, such as Vara shoe and the Gancino.

Diego Paternò di San Giuliano: He coordinates the digital activities of the brand.

Salvatore Ferragamo died in 1960 at the age of 62. After his death, his wife Wanda and later their six children (Fiamma, Giovanna, Fulvia, Ferruccio, Massimo and Leonardo) ran the company.

After spending thirteen years in the US, Ferragamo returned to Italy in 1927, settling in Florence. He began to fashion shoes for women. He opened a workshop in the Via Mannelli, concentrating his efforts in experimenting with design, applying for patents for ornamental and utility models and some related inventions. Although he filed for bankruptcy in 1933 due to bad management and economic pressures, Ferragamo nonetheless expanded his operation during the 1950s to a workforce of around 700 expert artisans that produced 350 pairs of handmade shoes a day.

In 1938, Ferragamo invented the cork wedge heel. The same year Ferragamo bought a new building, the Palazzo Spini Feroni, opening the Florence store in the building. New shops where opening in London and Rome the same year. During World War II, Ferragamo was faced with a lack of materials to design his shoes. He chose cheaper materials like Raffia and Cork to carry on creatively expressing himself through his design.

In 1947, Salvatore Ferragamo won the ‘Neiman Marcus Award’ for his ‘Invisible Sandal’. Two years later, Ferragamo created his first bag, initially for the purpose to carry his tools.In 1951, during his first Italian fashion show in Florence; Ferragamo launched the ‘Kimo’, a sandal with an interchangeable ankle-sock. Three years later, Ferragamo designed one of his most iconic styles; a suede ballerina shoe with a strap, for Audrey Hepburn.

In 1996, the company designed shoes for Madonna in Alan Parker’s film. In 1998, the company started an eyewear line and three years later in 2001, the first fragrance was released. In 2004 a made-to-measure service for men’s shoes was introduced. Two years later in 2006, the company received the ‘Rodeo Drive Walk of Style Award’ for ‘The Permanent Footprint Left in the History of Fashion and Cinema’.

Salvatore Ferragamo was hugely successful. His client list included Audrey Hepburn, Sophia Loren, the Duchess of Windsor and Eva Peron. Known for working with unusual materials, his use of raffia, lace, cellophane and fish skin created revolutionary shoes. Ferragamo’s company is infamous for innovative shoes.His most famous invention is arguably the “Cage Heel”. Fiamma (Salvatore’s eldest daughter who died in 1998) inherited her father’s inimitable talent and came up with the “Vara pumps” in 1978.

Even after his death in 1960, Salvatore Ferragamo’s name lives on as an international company, which has expanded its operations to include luxury shoes, bags, eyewear, silk accessories, watches, perfumes and a ready-to-wear clothing line.